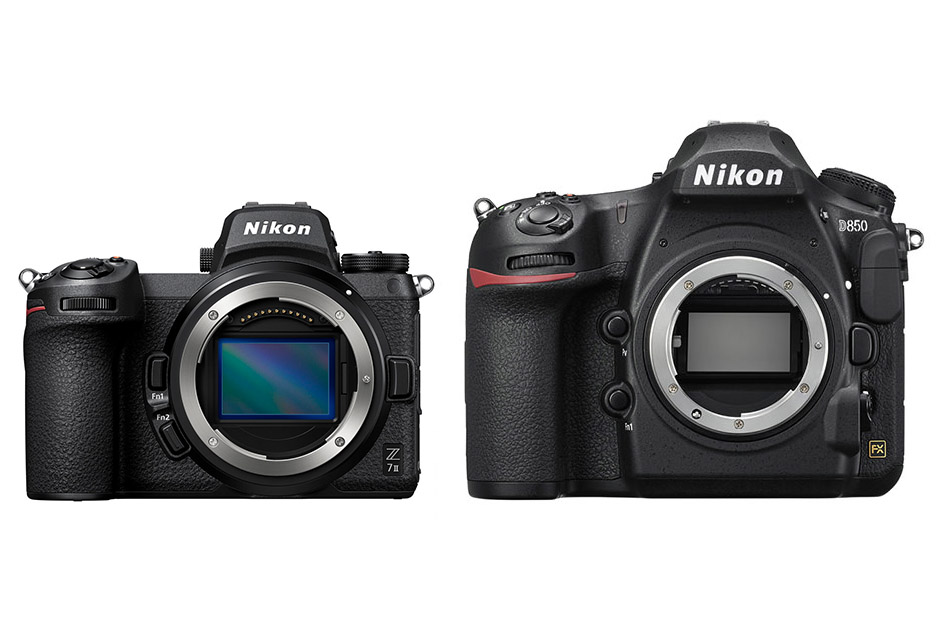 In this article, let’s compare two of Nikon’s high-resolution cameras: the Nikon Z7 II and Nikon D850. Although the two cameras look very different on the surface – the Z7 II being a lightweight mirrorless camera, the D850 being a tank-like DSLR – they’re both intended for similar audiences. Thanks to features like a 45 megapixel sensor, base ISO 64, and built-in focus stacking, the Z7 II and D850 are aimed at landscape photographers and others who need maximum levels of detail.

Of the two, the Nikon Z7 II is substantially newer, being released at the end of 2020 (compared to mid-2017 for the D850). But the D850 was so far ahead of the competition when it first came out that it still holds up well today.

As you can see from the image below, the Nikon Z7 II looks positively puny compared to the D850: 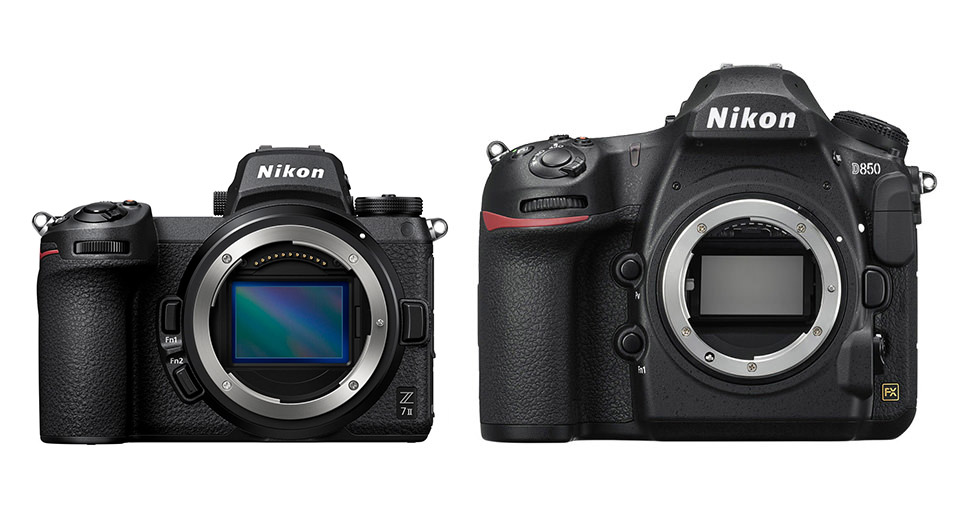 But that’s par for the course with a mirrorless camera, and it doesn’t reflect anything negative about the Nikon Z7 II. In fact, many photographers consider the Z7 II’s small size and light weight a good thing, since it makes it easier to carry along while traveling or hiking.

So, let’s dive beneath the surface and see how each camera compares in practice. We’ll start by looking at their specifications.

While both of these cameras share a 45 megapixel BSI sensor with base ISO 64, they differ in a number of important ways. The Z7 II usually comes out ahead in those differences: better video specs, higher FPS shooting, lighter weight, IBIS, and so on. The Nikon D850 is clearly ahead in battery life and has a couple minor features that the Z7 II lacks (such as illuminated buttons and a 1/250 second flash sync speed) but otherwise falls a bit behind.

Much of this is reflected in the prices. Whereas the Nikon Z7 II is a new camera and has yet to go on sale, the D850’s price has steadily lowered over the past few years. As a result, you can save about $500 by going for the D850 instead of the Z7 II (and more than that if you’re willing to buy used).

But the specifications don’t always tell the full story. For example, looking at the specs, the Nikon D850 has a better buffer than the Z7 II when shooting 12-bit RAW: 200 rather than 77 images. But that specification is for the Z7 II at 10 FPS, with the D850 at 7 FPS. When both are set to a comparable frame rate, their buffer is essentially equal.

Something similar is true of these cameras’ autofocus systems. The Nikon D850 may seem to be worse because it “only” has 153 autofocus points, compared to the Z7 II’s 493 AF points. But in practice, the D850 is better than the Z7 II at tracking fast-moving action across the frame, and thus better for something like photographing birds in flight. By comparison, the Z7 II is better than the D850 in single-servo autofocus mode, focusing much more quickly in live view (at least when using native lenses) and having a bit more accuracy as well. These aren’t things that are reflected in the specifications, but rather the result of our extensive tests of these two cameras. (See our Nikon Z7 II review and Nikon D850 review for more.)

Then there are some factors where the two cameras differ, but it’s not necessarily clear which one has the advantage. The biggest such example is the lens mount: Nikon Z mount for the Z7 II, and Nikon F mount for the D850. The benefit of the Z mount is that it can take Nikon’s extraordinary Z-series lenses, as well as any F-mount lens if using the (somewhat finicky) FTZ adapter. The benefit of the F mount is that it has a much wider range of lenses than the Z mount, and no adapter is needed in order to use them. You can read more in our article on Nikon Z vs Nikon F.

A final difference worth pointing out is simply the type of viewfinder. Some photographers prefer electronic viewfinders (EVFs) due to the ability to zoom in and review photos without taking your camera away from your eye. Others prefer the through-the-lens appearance of an optical viewfinder (OVF). This is completely dependent upon the photographer, and while the Nikon Z7 II has one of the most natural-looking EVFs that I have ever used, some photographers will never want an EVF in the first place.

Now let’s take a look at some high ISO tests between the Z7 II and the D850.

For the images below, I have made 100% crops of the same scene from both the Nikon Z7 II (on the left) and D850 (on the right). The goal is to measure their low-light performance. You can click on the images to see them larger.

At low ISO values, there is no visible difference between these two cameras, so let’s start with ISO 800: 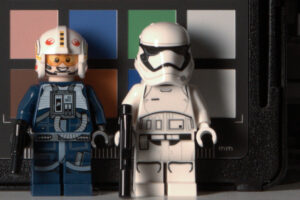 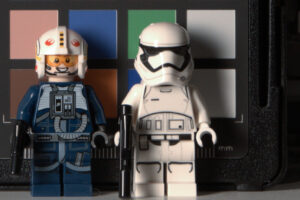 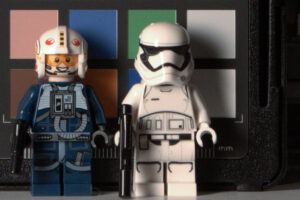 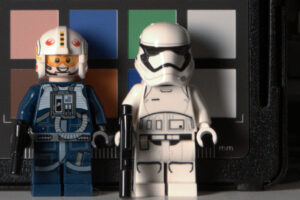 In the ISO 1600 images above, I see just a hint more color noise on the Z7 II. This becomes more evident when ISO is pushed to 3200: 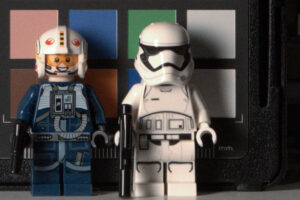 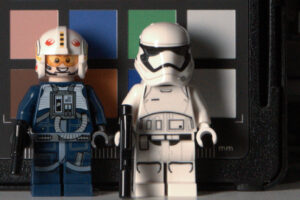 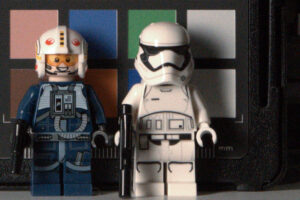 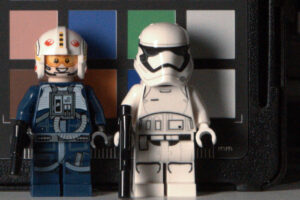 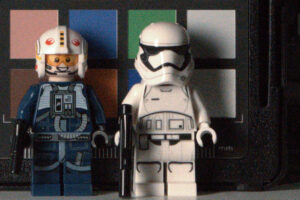 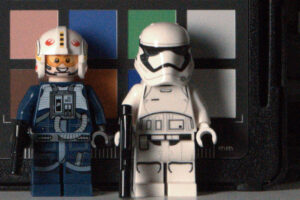 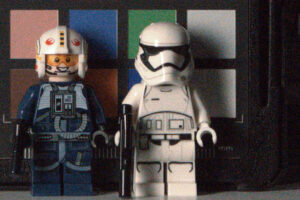 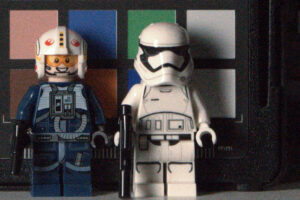 At extremely high ISOs like 51,200, both cameras are unusable, even though the D850 retains its slight advantage: 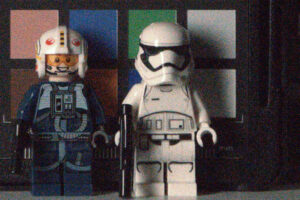 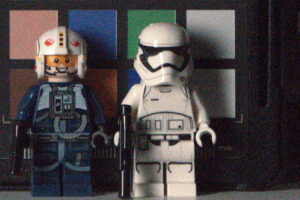 Lastly, ISO 102400 looks awful. The D850 looks slightly less awful of the two, but these photos are both going in the trash: 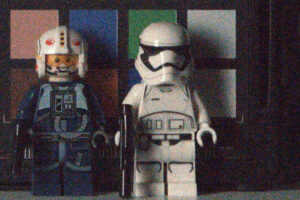 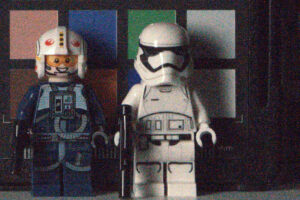 At the end of the day, the differences here are going to be almost insignificant once the appropriate level of noise reduction is applied in post-processing. It’s a benefit of perhaps 1/3 of a stop in the D850’s favor, and maybe not even that. Suffice to say, image quality should not be a factor in your decision to get either the Z7 II or D850.

If you’ve narrowed it down to these two cameras, but you’re not sure which one is better for you, here’s what I would recommend.

First, if budget is an issue, just go with the D850 (and ideally buy it used or refurbished). For the money you’ll save over the Z7 II, you can upgrade your lens or tripod and get some meaningful image quality improvements.

On the other hand, if you shoot a lot of video, pick the Z7 II. It can shoot slow-motion 4K video, outputs higher-quality footage over HDMI, and has plenty of other helpful features like in-body image stabilization and an EVF. I would also strongly recommend the Z7 II if you’re planning to travel a lot or hike with this camera, since it weighs substantially less.

The D850’s biggest advantage over the Z7 II is autofocus tracking on fast-moving subjects, like birds in flight. The Nikon Z7 II actually does a great job of tracking subjects that have obvious eyes (such as cats, dogs, and people), but it falls short when tracking more general subjects. For photographers who want to do extensive wildlife photography alongside their landscape work, the D850 is probably the way to go.

That said, ignoring price, the Z7 II is still the better camera overall for most photographers. It’s smaller, lighter, and more feature-rich. Even for wildlife photography, it’s not a bad option, thanks to the large buffer and an excellent maximum frame rate of 10 FPS. The D850 is one of the best cameras of all time, but the Nikon Z7 II is more than three years newer, and it shows. The Z7 II also has access to the full line of Z-series lenses (as well as all the F-mount glass via the FTZ adapter), while the D850 does not.

You can’t go wrong either way, of course. These are two of the best cameras on the market, especially for landscape photography. Since many of their differences come down to the standard mirrorless vs DSLR differences, saying which one is “best” is a fool’s errand, since it depends on your own needs and preferences. When you find a good deal on one of them, go for it, and don’t look back.

I hope you found that useful, and if you want to see more comparisons between these two cameras with others on the market, you may find these links helpful:

You can also read our full review of each of these cameras here: