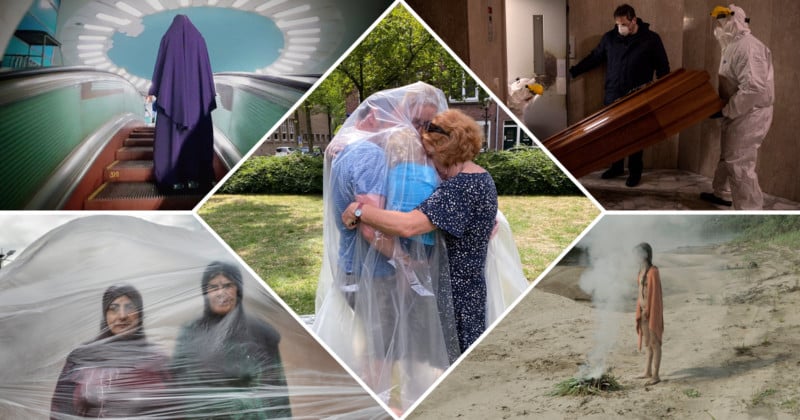 The Kokga Tbilisi Awards, now in its 20th year, is the largest and most prestigious photo competition in the country of Georgia. Not to be confused with the state of Georgia, the awards intend to link international photography to Georgia.

The organizers of the Kolga Tbilisi photo competition have been hosting the presentation of the winners in Cologne, Germany as part of its intent to foster the international position of Georgia. This year’s competition was judged by an international jury: Vanessa Winship and George Georgiou, both photographers from the U.K. were joined by Tina Schelhorn, the curator of the Galerie Lichtblick, Kolga Tbilisi Photo in Germany, Stefen Chow, a photographer from China, and Jens Friis, a publisher from Denmark.

Below are the winning images from each category.

Photographer Emily Ducke was crowned the winner of the Documentary Series category for the series titled “The River Between.”

“The Ket River was once a major Siberian thoroughfare. Though serpentine and relatively small, it connected two of Russia’s biggest river basins, the Ob and Yenisey. In a region where extremes of weather turn overland roads from inaccessible ice to muddy rubble and back, and where driving distances are measured in days and weeks, the corridor the Ket River created was a key resource.

“But when the Trans-Siberian railway was built, at the start of the previous century, west-to-east traffic on the Ket River – the farmers and traders and Tsarist troops – began to dwindle.

“Fewer and fewer travelers needed the Ket, and today its banks are home to just a few scattered and solitary settlements.”

Photographer Alessio Paduano took top honors in this category for his series documenting the Coronavirus pandemic in Italy.

“February 21, 2020 is a central date for the Italian story related to the new coronavirus. On this date, several cases of coronavirus emerged in the Lodi area of Lombardy: these are people who do not come from China, a new outbreak whose extent is still unknown. The infection has spread to Italy, especially in the North, but also begins in other regions. On March 9, 2020 the Italian Prime Minister Giuseppe Conte, during a speech to the nation declares the entire Italian territory a “protected area”. On March 11, 2020 “World Health Organization” general director Tedros Adhanom Ghebreyesus announced in the Geneva briefing on the coronavirus epidemic that Covid-19 “can be characterized as a pandemic situation”.

“Italy remains one of the deadliest hot spots of the coronavirus pandemic. As of March 5, 2021 more than 99,000 people have died in the country, according to Johns Hopkins University.”

The Conceptual photo category hosted two winners: Jennifer Crane for her series “Outlaw (and other failed portraits)” and Andrea Pietro Signori for “Suspended: The rural life of Syrian refugees in Marjayoun in the middle of the Lebanese crisis.”

“I consider the portrait as a trace of the body or performance for the lens. Since its inception, the photographic portrait has been used to honor or vilify the human subject. Initially my interest was in exploring family portraits this led to further explorations into portrait photographs in the public context such as museums, institutional archives and in the news media. In these images I pose my own body before the lens using a long exposure of several minutes rather than the conventional fraction of a second. They are made using wet collodion one of the first photographic processes that requires the light sensitive emulsion to stay wet while exposure is made resulting at times in presence of liquid residue markings that interrupt the surface of the image and draw attention to the materiality of photograph which in most portraits remains invisible. Through the creation of this fictional archive I seek to engage with issues of surveillance, memory, authenticity and archival practices.” 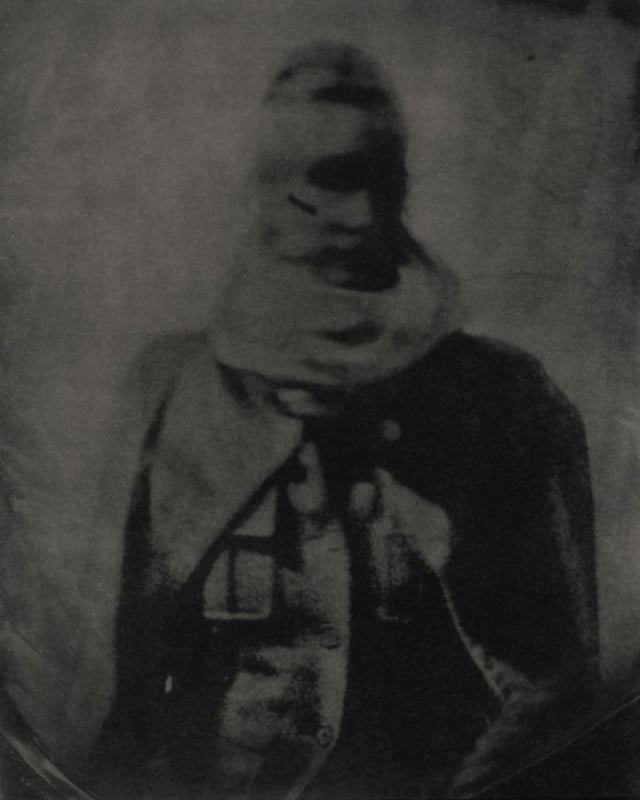 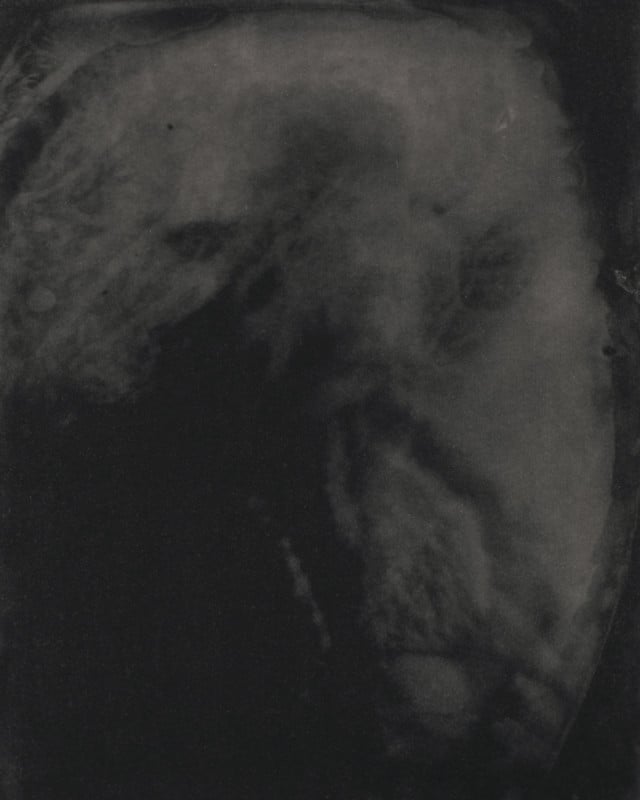 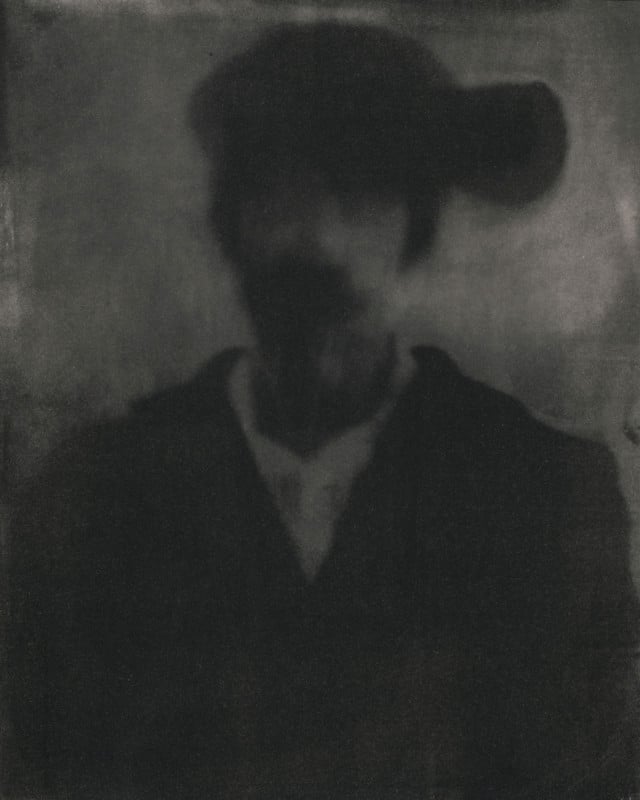 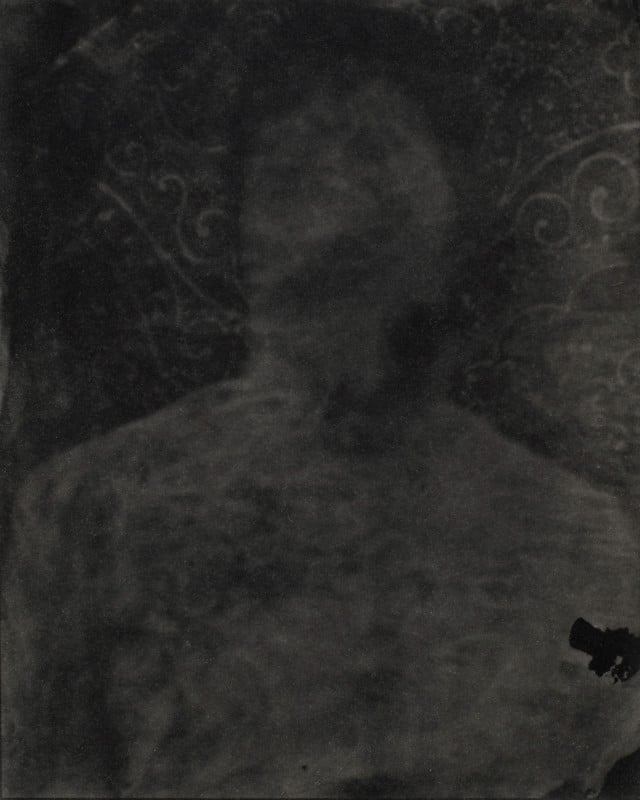 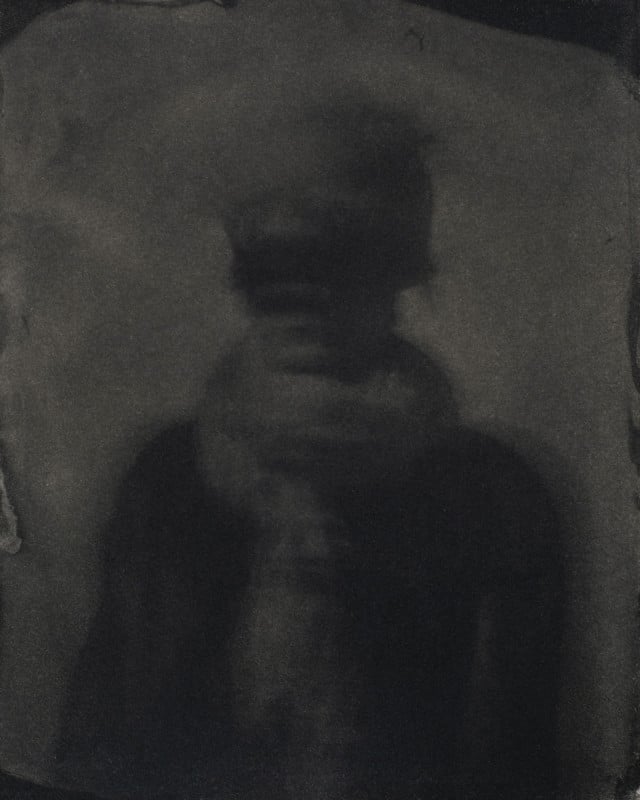 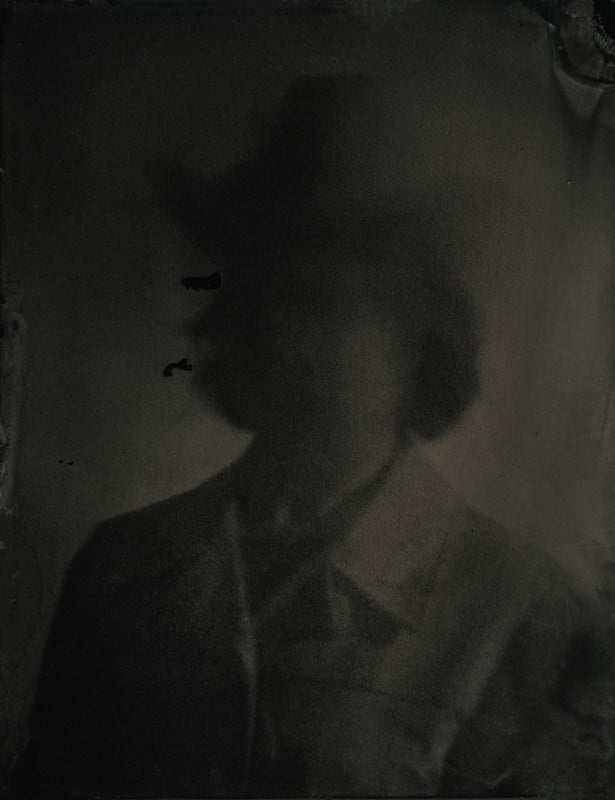 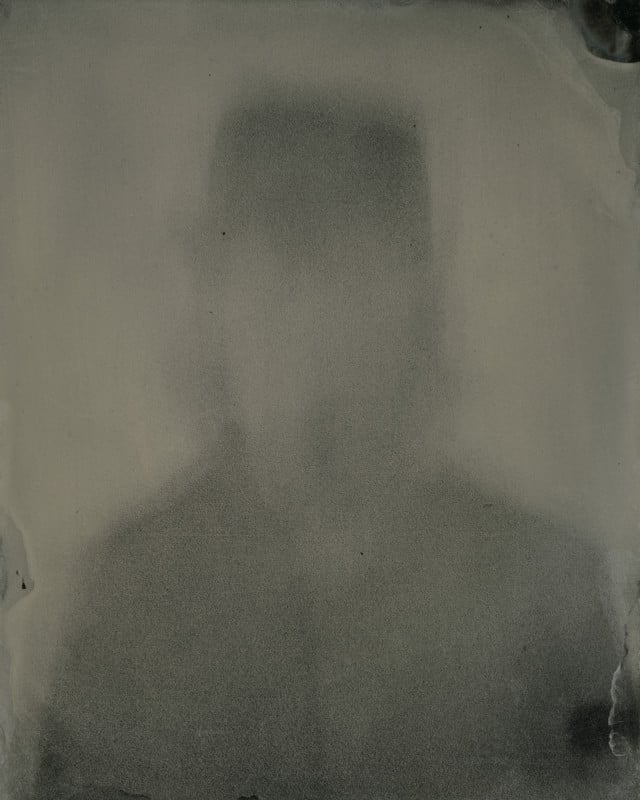 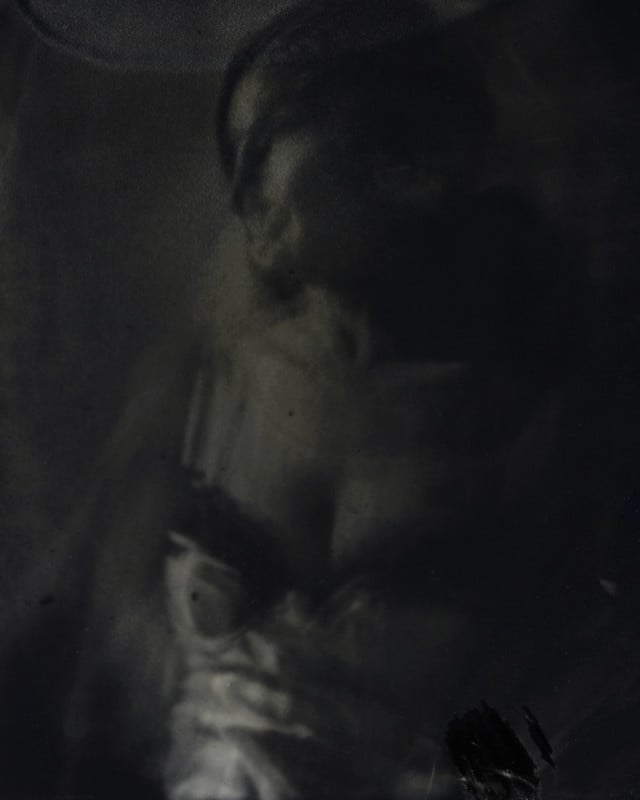 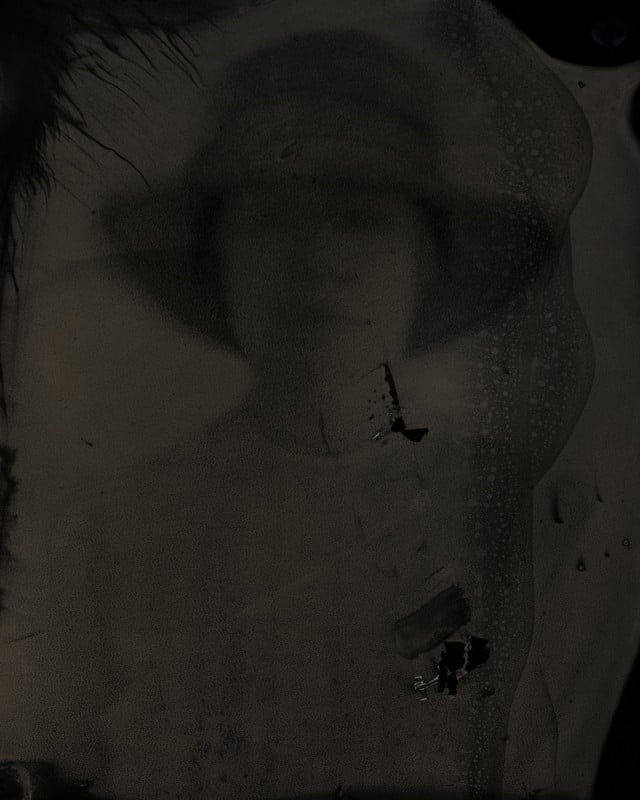 “The crisis that has hit Lebanon put on knees Syrian communities. This is the case of Marjayoun where about 5000 Syrian refugees live since the war broke out in Syria in March 2011.

“Along the border between Lebanon, Israel and Syria, 860 families live in 74 informal camps.

“The families are often numerous, with many children whose majority was born in Lebanon. They live on agriculture, serving as laborers in the service of Lebanese landowners. The salary ranges from 4000 to 5000LL which is gradually losing purchasing power. As reported by Avsi, one of the NGOs in the area, people are suffering the consequences of the heavy inflation. Since the revolution broke out the official exchange rate of 1$=8000 LL (variable every day) has been joined by a parallel market.

“The concept involves the use of nylon used to cover furniture during the move. I wanted accentuate the refugees status, the political and work suspension and the expectations, by Syrian refugees, to come back home.” 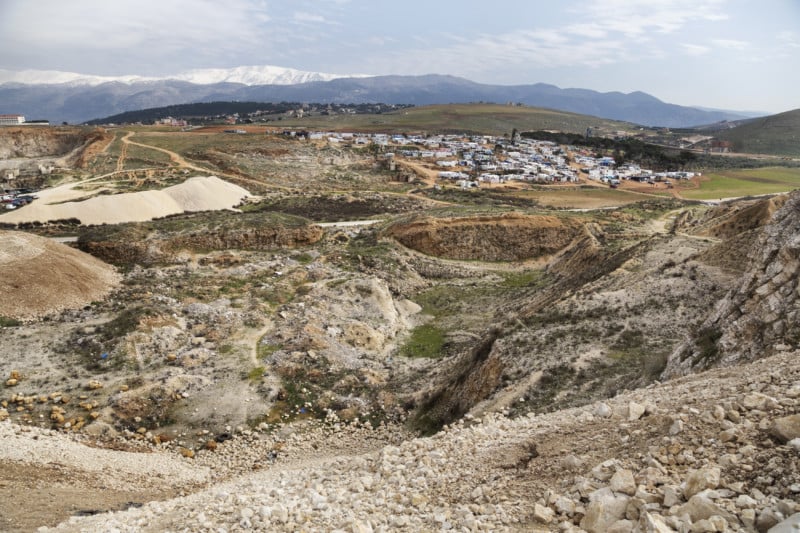 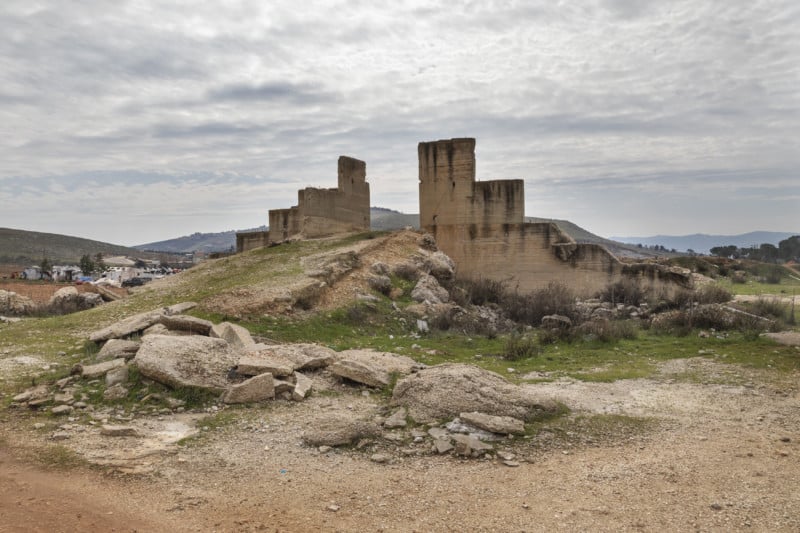 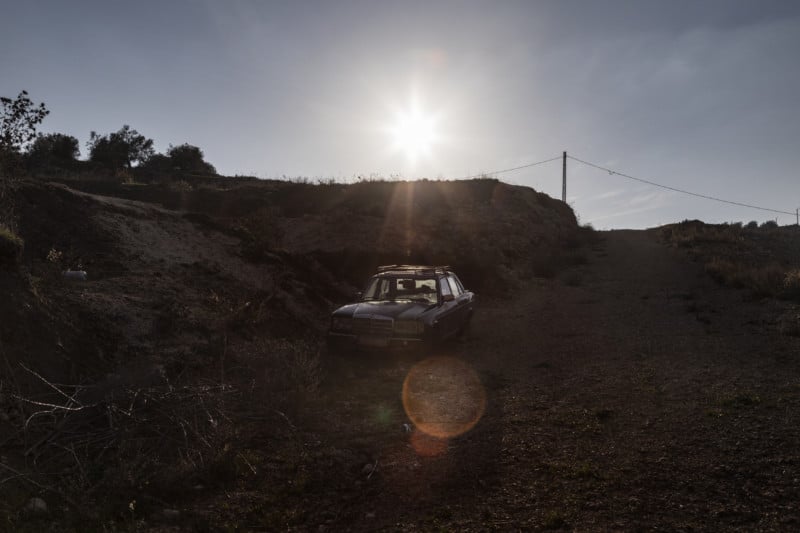 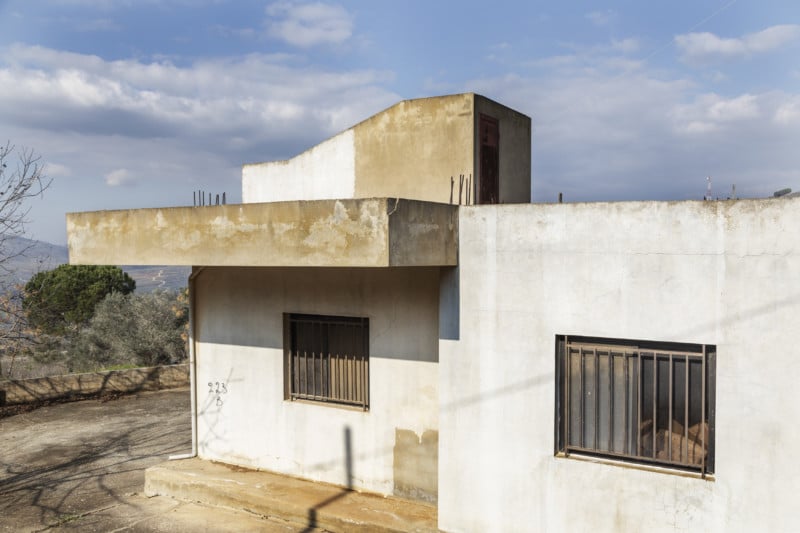 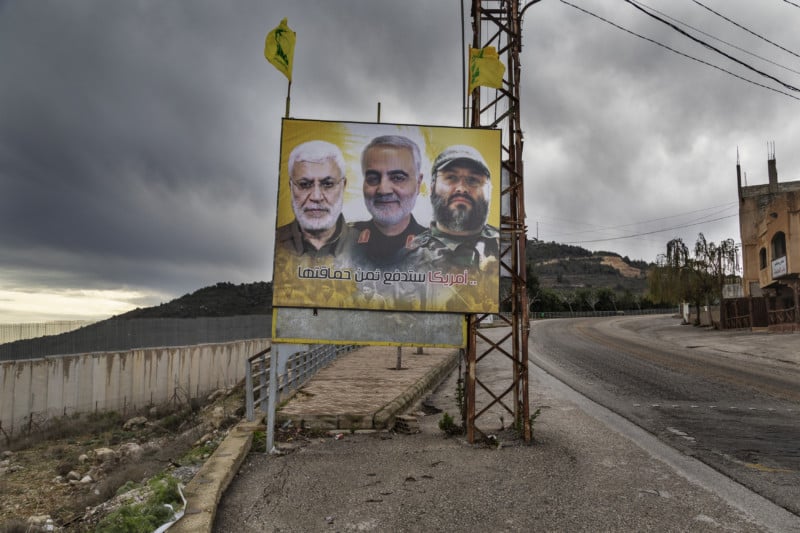 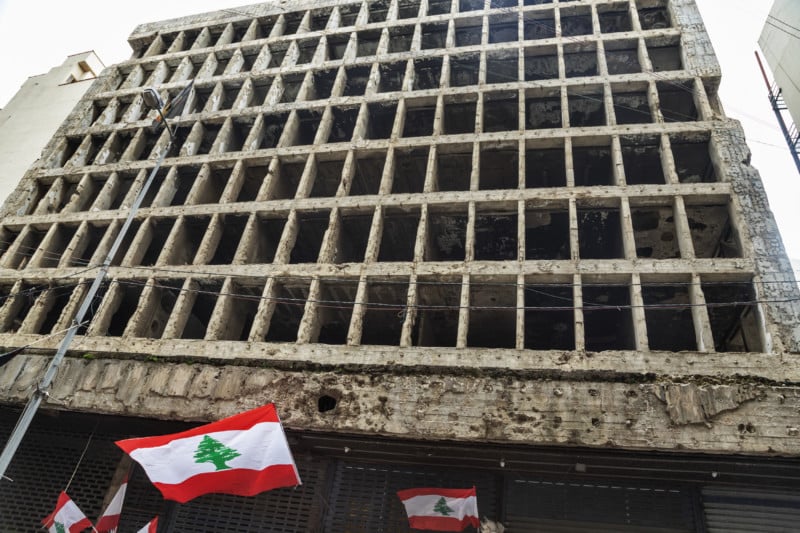 Photographer Caspar Claasen took top honors in this category for his photo below titled “Grandmother’s Hug.” No additional context for the photo was provided. 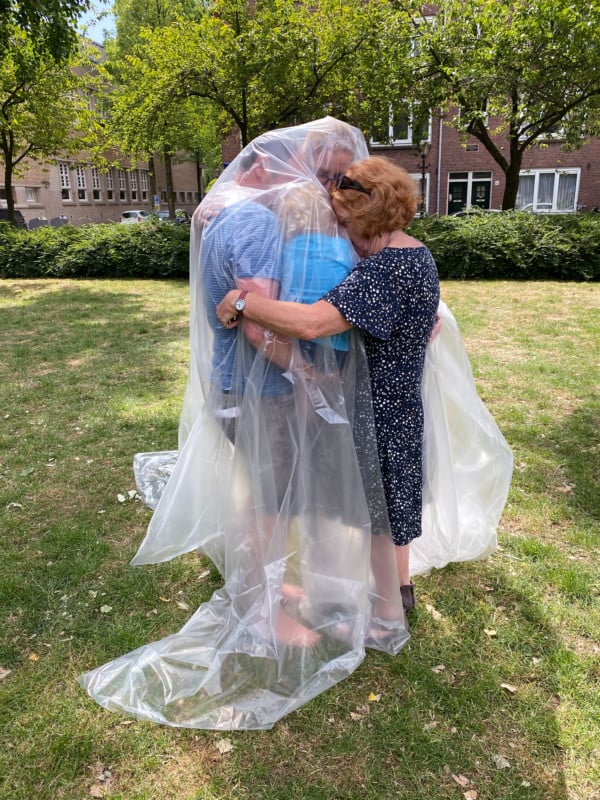 Photographer Zuka Kotrikadze won this category with her photo below titled “The Tsereteli Station.” No additional context for the photo was provided. To see the entire set of finalists and peruse the competition as a whole, make sure to visit the Kolga Tbilisi Photo Awards website here.