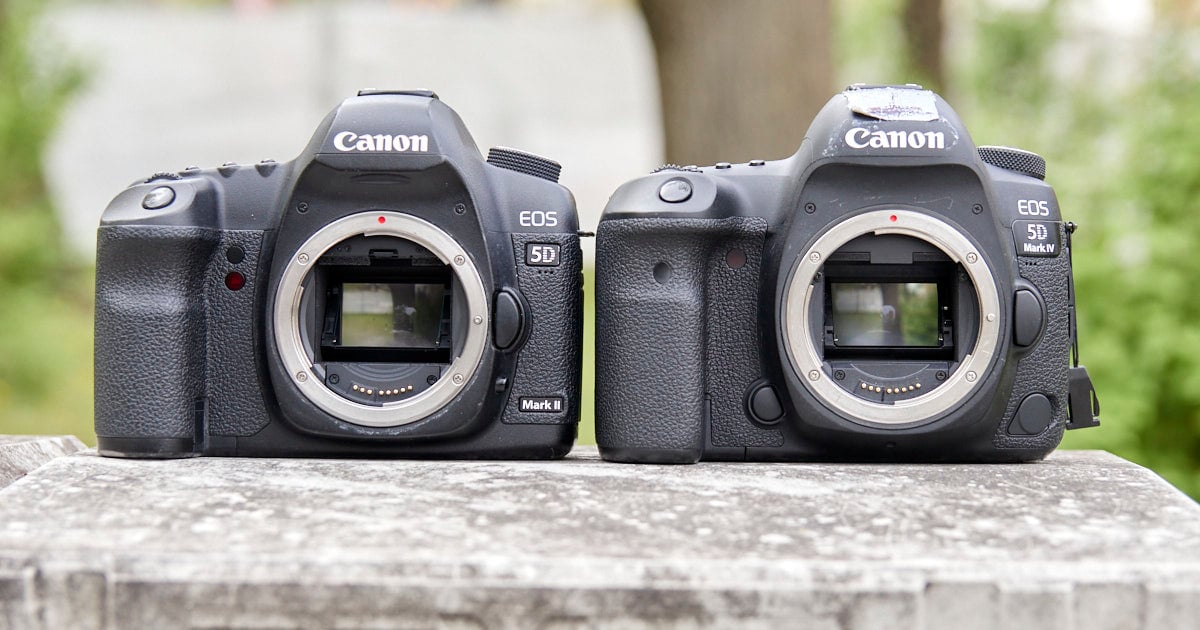 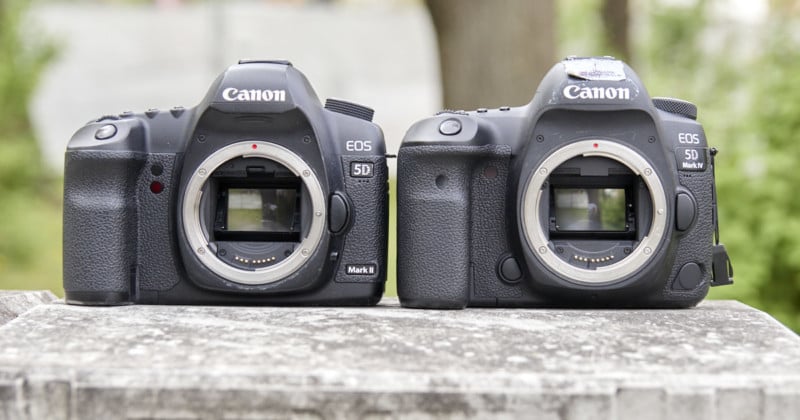 I recently wrote a review of the Canon 5D Mark IV. In it, I mentioned that before buying it, I used the 5D Mark II. The Mark II has been nothing but good to me.

I love the camera and can’t recommend it enough to anyone who is starting out. Perhaps I would say to start off with a used 5D Mark II. The full-frame sensor is better than any cropped sensor. A medium format sensor, even from 2009, generally beats anything full-frame. It’s just how the physics of sensors is. But what would happen if I was to put two 5D models side-to-side?

Interestingly, I don’t use a 5D Mark II for my work now, as I go with a 5D Mark IV. So could it be that me recommending the 5D Mark II is hypocritical and I should really ignore Mark II? I don’t think so. The reason, as I outlined in my review of the 5D Mark IV, is simply that it gives me more resolution, which is critical for crops and large prints that inevitably most fashion photographers deal with. A few more things like the improved autofocus and better sensor made the transition more necessary.

That said, could I still do a shoot on a 5D Mark II? Absolutely! But how different would it be? That’s the question I want to answer in this article.

I took a 5D Mark II and 5D Mark IV to a test shoot and tested them in two situations: beauty and fashion. To do both cameras justice, I will examine raw files that were not retouched. While retouching is where much of the magic happens, I feel it is only fair to show what the camera can do, not what a post-processing software can.

Holding two cameras in the same hand for hours shows the 7 years of development between them. The Mark IV is better in this regard, it’s more stable to hold in your hand. When it comes to the Mark II, I am often worried about it slipping because the card slot cover is bare plastic that lacks grip. Otherwise, the cameras are essentially the same in terms of weight, dimensions, and size. 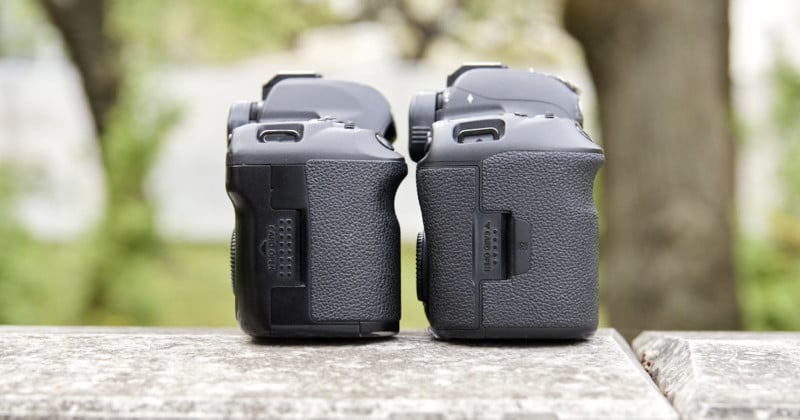 A big edge the Mark IV holds is its locking mode dial. I’d often accidentally switch the mode on the Mark II, and it got so bad I taped the dial at one point.

Here is where the biggest difference is, but it is important to put that difference into perspective. Having had them side by side, the difference is noticeable, but not day and night.

The biggest for me is resolution. I crop to fit different print purposes often, so the extra ~10 megapixels (21MP vs 30.4MP) make a difference. That said, if you like to get everything perfect in-camera good, for you. My shooting style is quite quick, as most of the time, I am working with a strict timeline.

For ISO, I rarely used the 5D Mark II on anything beyond ISO 3200. Fashion work shot on a Mark II anything above ISO 800 isn’t usable, but it is rare to go that high. With a Mark IV, ISO 1250 is usable to some degree. As with all cameras, old or new, detail and contrast are lost.

Sometimes a high ISO is needed when the strobe doesn’t have enough power or the location dictates it. The 5D Mark IV is noticeably better in that sense too. The sensor has a better dynamic range as well as color depth. Both sensors have similar color reproduction which is second to none. Yes, both cameras tend to shift the red to orange while giving blue a more cyan shift, but that’s just how Canon’s color science works. I found the Mark IV and II to be identical in terms of color reproduction.

The 5D Mark IV is packed with different features that make it a lot better than the 5D Mark II.

The Mark IV has a touchscreen that makes navigating a lot faster and more intuitive. For photographers interested in time-lapsing, the Mark IV has a built-in intervalometer that I used to make this time-lapse of some clouds:

The two game-changing features for me are the dual card slots and USB 3.0 connectivity. I shoot tethered most of the time, so the improved transfer speeds are always welcome. When I cant tether for some reason, I find myself using the dual slots all the time. It gives me peace of mind that my images are likely not going anywhere. With Mark II, that was a constant worry. When tethered, the Mark II is a solid camera with okay transfer speeds. It can certainly work and do a good job at it. 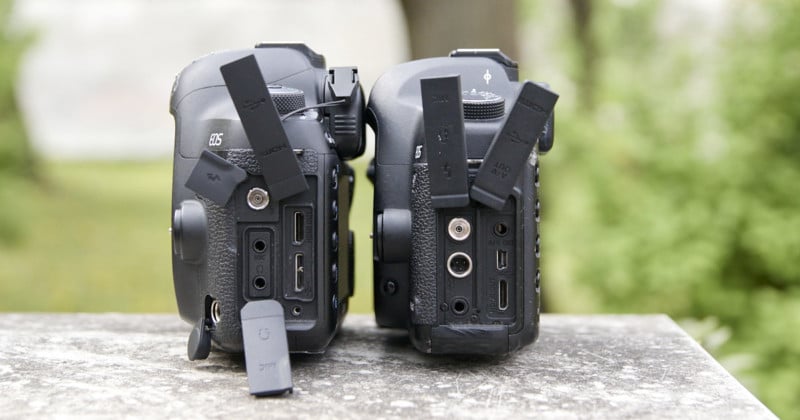 A Mark II has only one usable autofocus point. You can disregard the rest because they simply miss too much. The Mark IV solves that problem, which makes shooting a lot easier. I noticed that the 5D Mark IV nails the focus a lot better. Having programmed the AF-ON button to switch to continuous focus when pressed makes the Mark IV ever so much better. Sometimes images I shoot are quite dynamic, and the AI-servo really helps in that situation.

Price is a key factor in any camera, regardless of its features. I am proud to say that I’ve never bought a new camera. For that reason, I will give average street prices. A 5D Mark II in good condition will be around $400-$450. A Canon 5D Mark IV will be around $1,500. These prices vary dramatically from location to location. If you’re starting out, a Mark II is a great budget-friendly investment. If I were to start again now, I’d go for the Mark II and buy a decent lens with it.

Does the 5D Mark IV improve over the Mark II? Yes, it does, and I’d be silly to say that they’re equal. But at the same time, I can’t say that the Mark II is so bad it’s not usable anymore. For people shooting on later models, it is a great backup camera, and for ones looking to switch to full-frame from APS-C, the Mark II is a fantastic budget-friendly option.

About the author: Illya Ovchar is a fashion photographer based in Budapest, Hungary. The opinions expressed in this article are solely those of the author. You can find more of Ovchar’s work on his website.

Solving the Problems of Photography in Very Cold Temperatures
Watch this Nat Geo big cat photographer show his editing process using a little cat
Are the Megapixel Wars Really Over?
Manfrotto Move is a Ridiculously Good Idea and a Workflow Wonder
How to Film a Time-Lapse Video