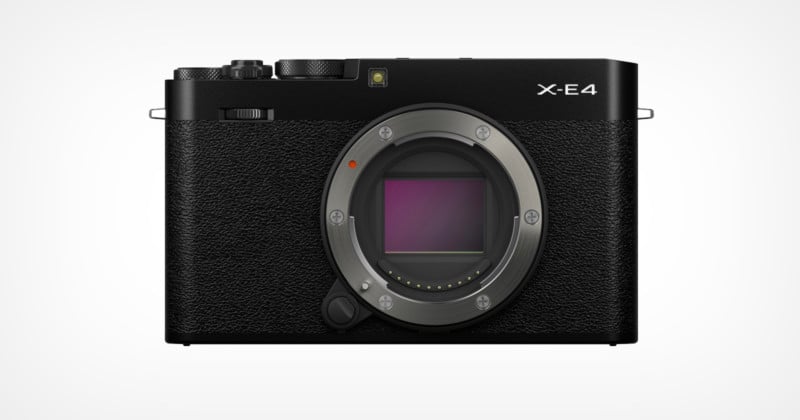 The Fujifilm X-E4, announced in January, is the last Fujifilm camera to use the company’s X-Trans IV sensor, according to a new report. The sensor was first introduced on the X-T3 and later found its way into several other cameras over the course of the last three years.

According to FujiRumors, Fujifilm will no longer use the X-Trans IV sensor that is the heart of the Fujifilm X-T3, X-T30, X-Pro3, X100V, X-T4, X-S10 most recently the X-E4. The X-Trans IV is Fujifilm’s fourth-generation backside-illuminated 26.1-megapixel CMOS that the company says integrates the unique X-Trans color filter array to reduce moire and false colors without the need for an optical low pass filter. This combines with its backside-illuminated structure to reduce noise levels and increase image quality.

When the X-Trans IV was first announced as part of the X-T3 release, Fujifilm touted its ability to expand its standard ISO range to ISO 160, which was previously only available via extended ISO. The native ISO range of 160 to 12,800 could then be further expanded to ISO 80 at the new low and ISO 51,200 as the new high.

While the sensor has served as the core of several beloved Fujifilm cameras since its 2018 introduction, this new report alleges that the company is set to leave it behind, meaning the X-E4 will be the last Fujifilm camera to use it.

In the interview above published last month, Fujifilm product manager Takashi Ueno notes that Fujifilm’s focus on its XF18mm f/1.4 release was “resolution,” which Fuji Rumors reports is a hint that higher-megapixel cameras would come in the future. Building on the report that Fujifilm is set to leave the 26.1-megapixel sensor behind, the hope is that an equally functional but higher resolution sensor will come soon.

Unfortunately, such a sensor and a new camera is unlikely to come this year, Fuji Rumors alleges in a separate report from earlier in the week. According to the rumor, Fujifilm will not release any new X-series cameras for the rest of 2021, which is total turnaround to the company’s bustle of activity early in the year as it announced not only the X-E4, but also the GFX100S and multiple lenses including the aforementioned 18mm f/1.4.

Canon Says it Can’t Meet Demand for the R3 or Any of its New Lenses
Senators to Investigate Instagram: Congress Members Say Facebook Lied
13 Tips for Shooting Sharp Landscape Photos with a Telephoto Lens
An Advanced 7-Step Way to Edit B&W Photos in Lightroom
As a Pro Photographer, Do I Want the iPhone 13?