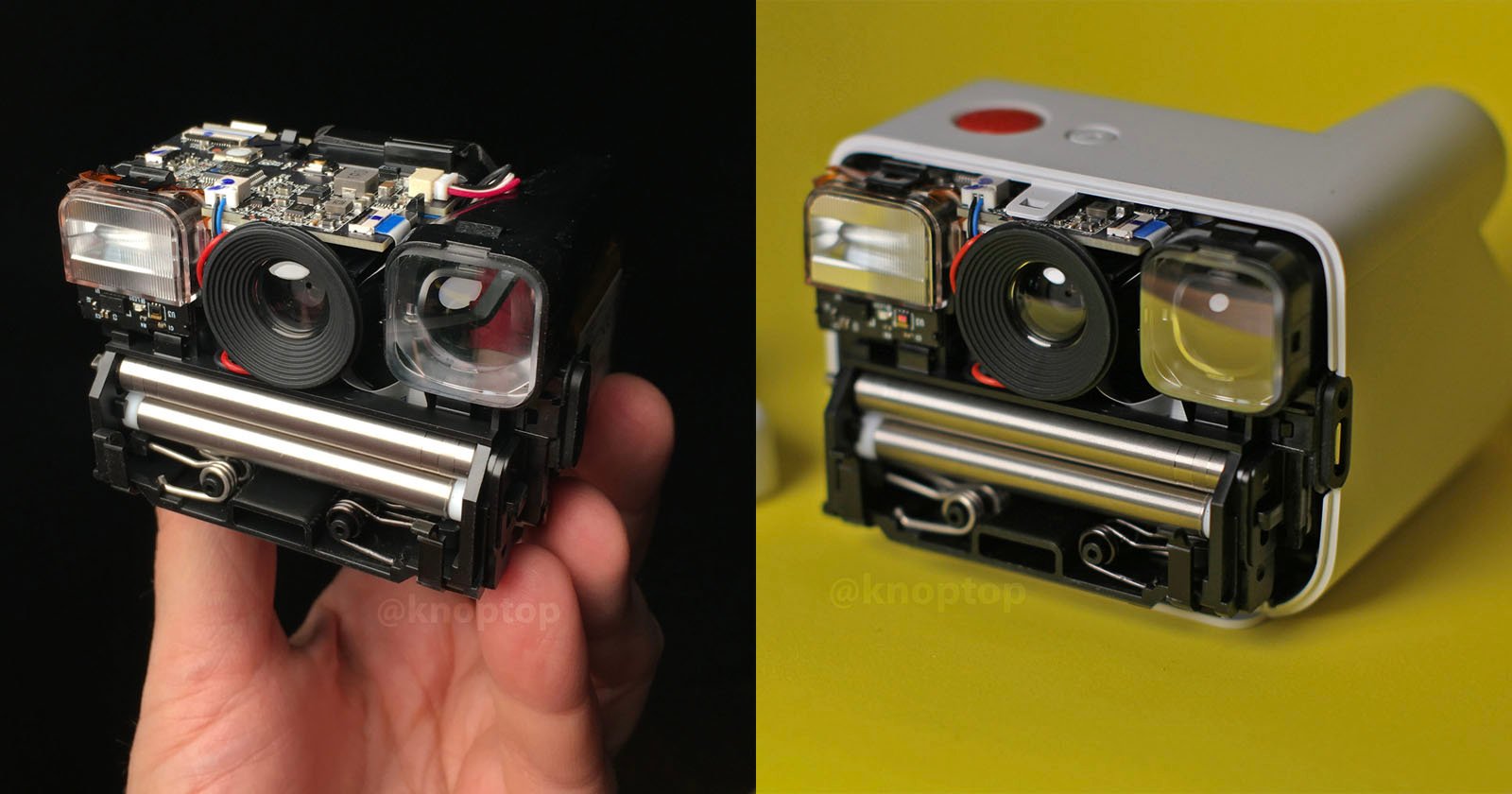 As part of a customization project he undertook, self-described media creator David Knop disassembled a Polaroid Go, the company’s latest instant camera. Impressed with the engineering and design, Knop decided to share what it looks like under the hood.

Polaroid announced the Go Instant Camera in late April. At the time, it referred to it as the “the tiniest member to join the Polaroid family of cameras and also the smallest analog instant camera in the world.” It’s so small that it needs its own special type of film called Go Film.

Knop is wearing gloves in the video above to protect against leaving any fingerprints on the camera parts — as this is part of a customization job he is doing on the camera — as well as to avoid touching anything electrical since this camera has a built-in battery.

He tells PetaPixel that the teardown of the device at first started out rather straightforward.

“There are four screws on the bottom and the rest of the body snaps together,” he says, which is what he expected after tearing down vintage Polaroid cameras. 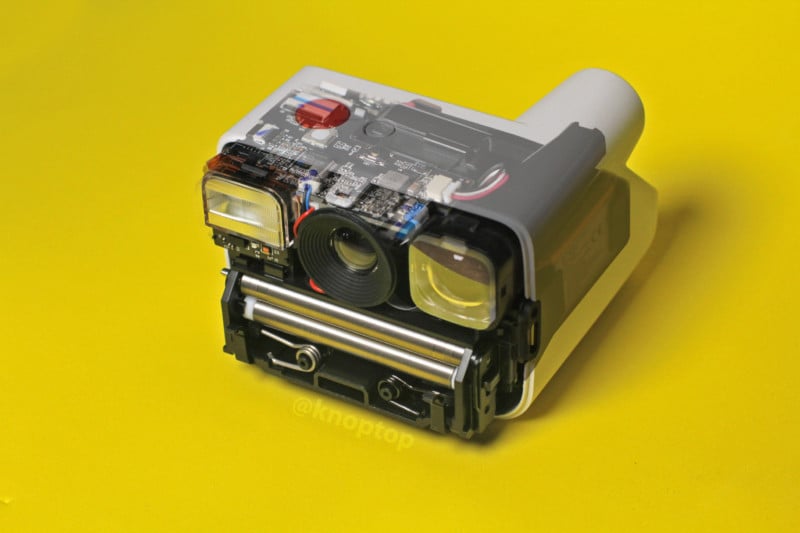 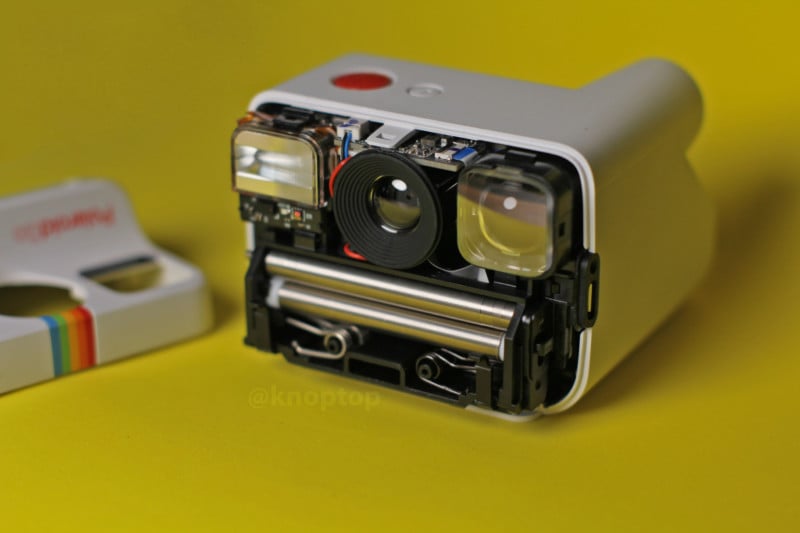 “The front face popped off easily with the screws removed and the main body unit looked to be all one piece but didn’t seem to want to pull out. Since there is no documentation on this, I wasn’t sure if this main body unit might be glued in place due to the small form factor,” he says

“Whatever the case, it was not budging. After 15 minutes or so, I found that there is one ‘catch latch’ inside — near the top on the rear-side of the camera — and by squeezing the sides I was able to release it and the main body unit slid out.” 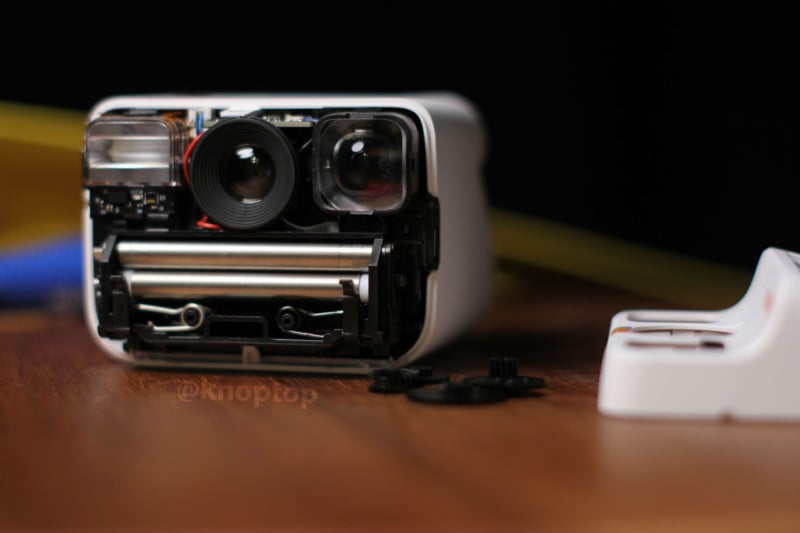 This is where the teardown hit a bit of a snag.

“The main issue I had happened while I was manipulating the shell to pull out the body unit,” he explains. “I discovered that there are a series of gears that are held in place by the outer shell. So, by moving it, the gears all fell out off their pins and I have yet to know if the layout I’ve photographed is correct.” 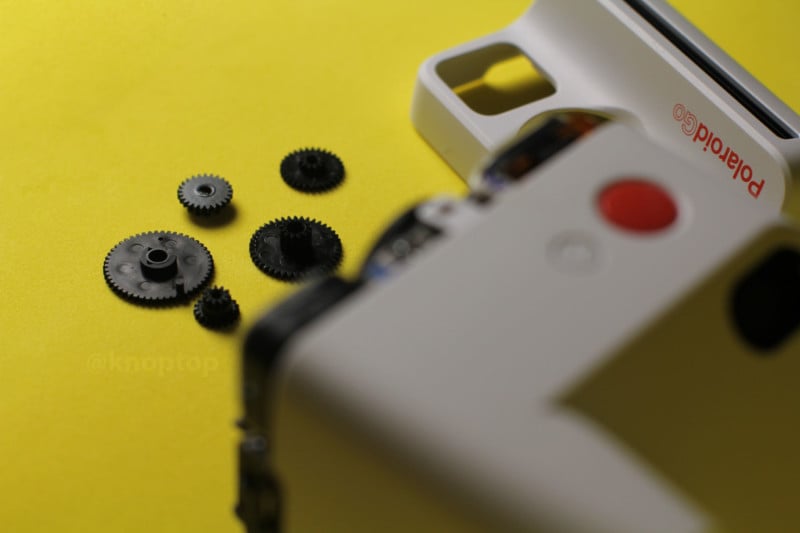 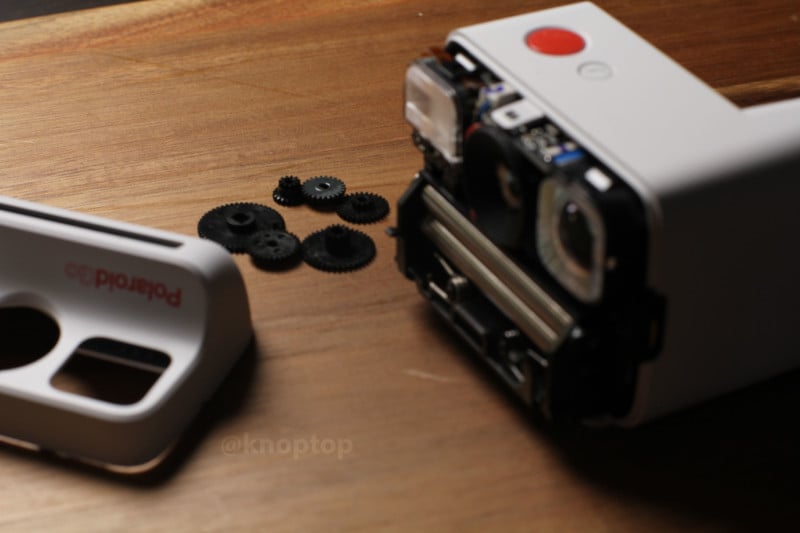 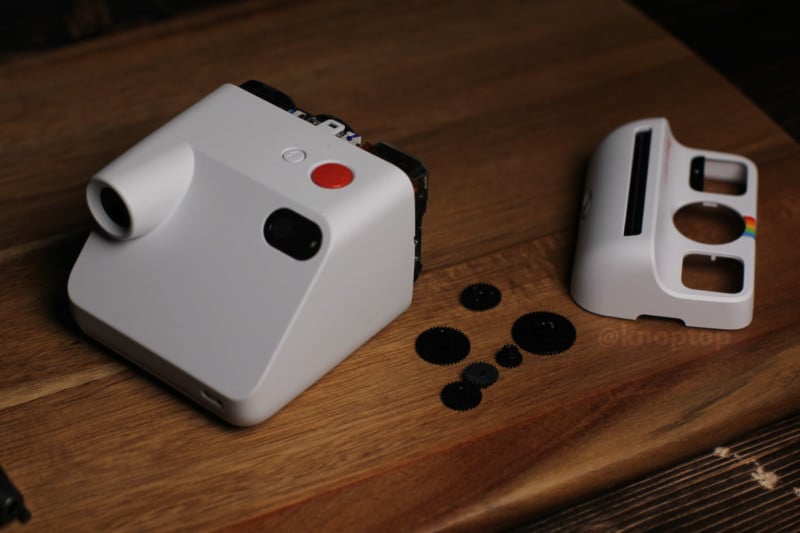 Knop says that the gears appear to operate the film ejection unit, and adds that because he wasn’t aware those gears would be located there and because they were hidden before they fell out of the shell, he was not able to see their original placement. Below is a photo of his best guess. 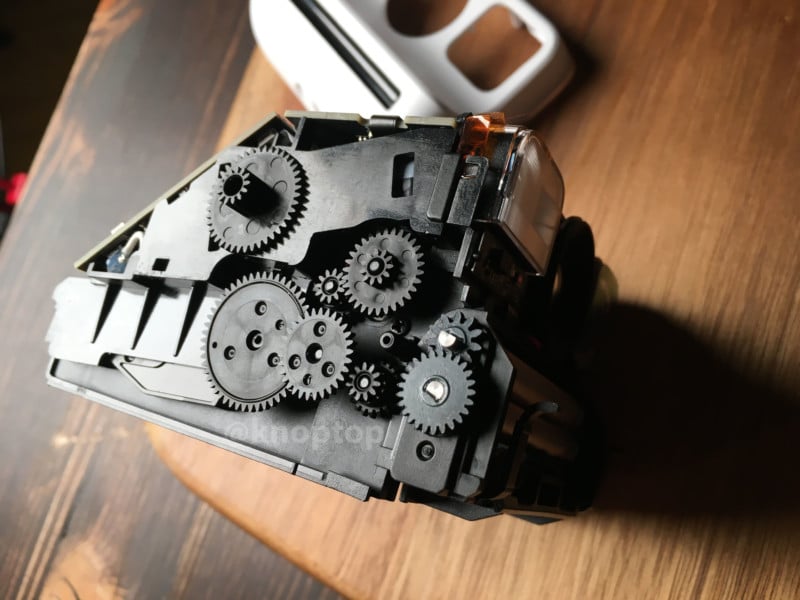 “I’ve obviously voided my warranty by doing this, so I don’t recommend trying this at home. But if anyone plans to do this, position the camera so the gears are on top so they stay in place when extracting the inside body unit.”

This problem aside, Knop says that he’s still happy with the project. 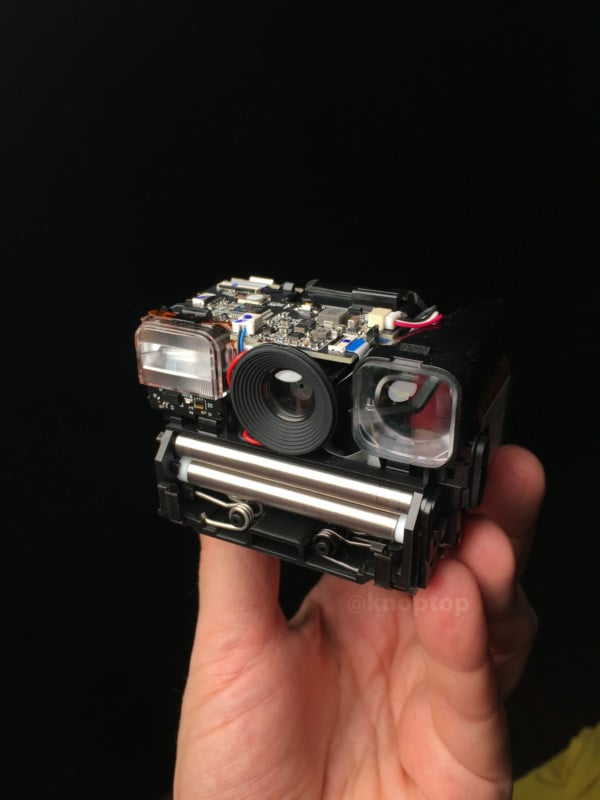 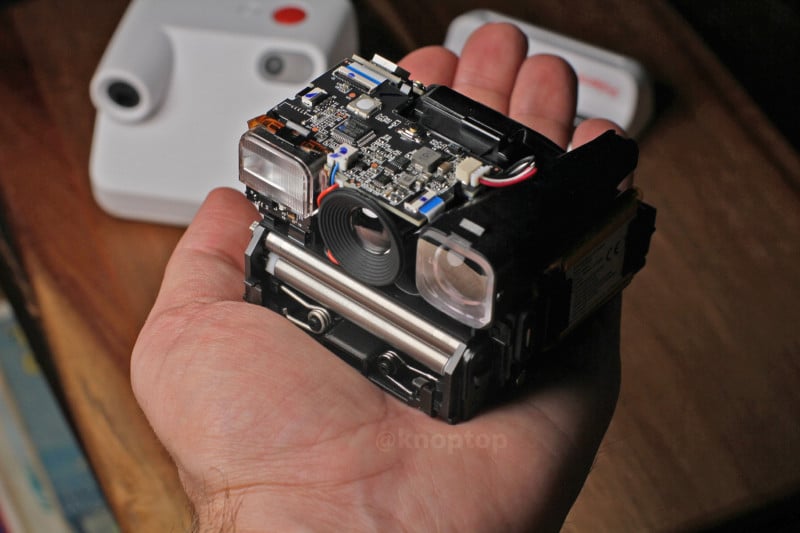 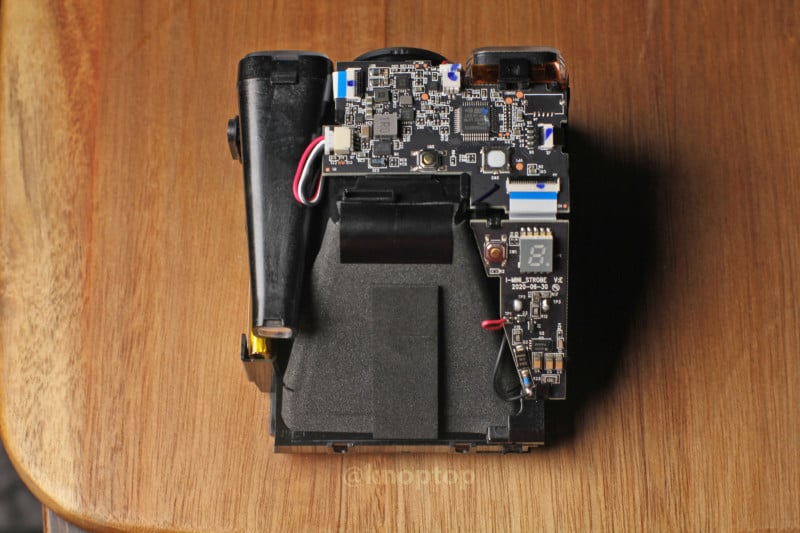 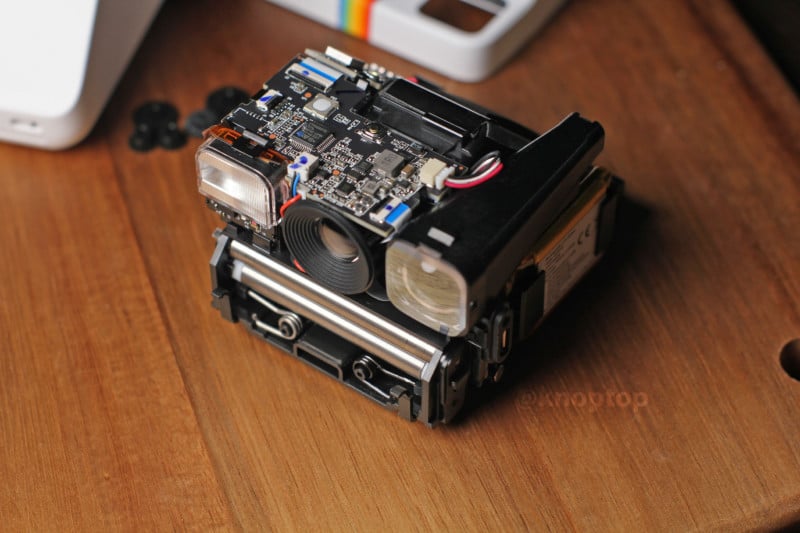 “I’ve seen videos of older models being taken apart and Polaroid has mastered the design with these cameras,” he says. “I’m excited that I didn’t break anything (that I know of) during this process. It’s hard to tell in photos but the entire unit is like a miniature scale model of the full-size traditional Polaroid instant camera. It’s very cool.”

Knop plans to release a video of his full customization for the Polaroid Go on his YouTube channel soon. To make sure to catch that when it is released, make sure to subscribe to his channel here. For more from Dave Knop you can also follow him on Instagram.

Image credits: Photos by Dave Knop and used with permission.