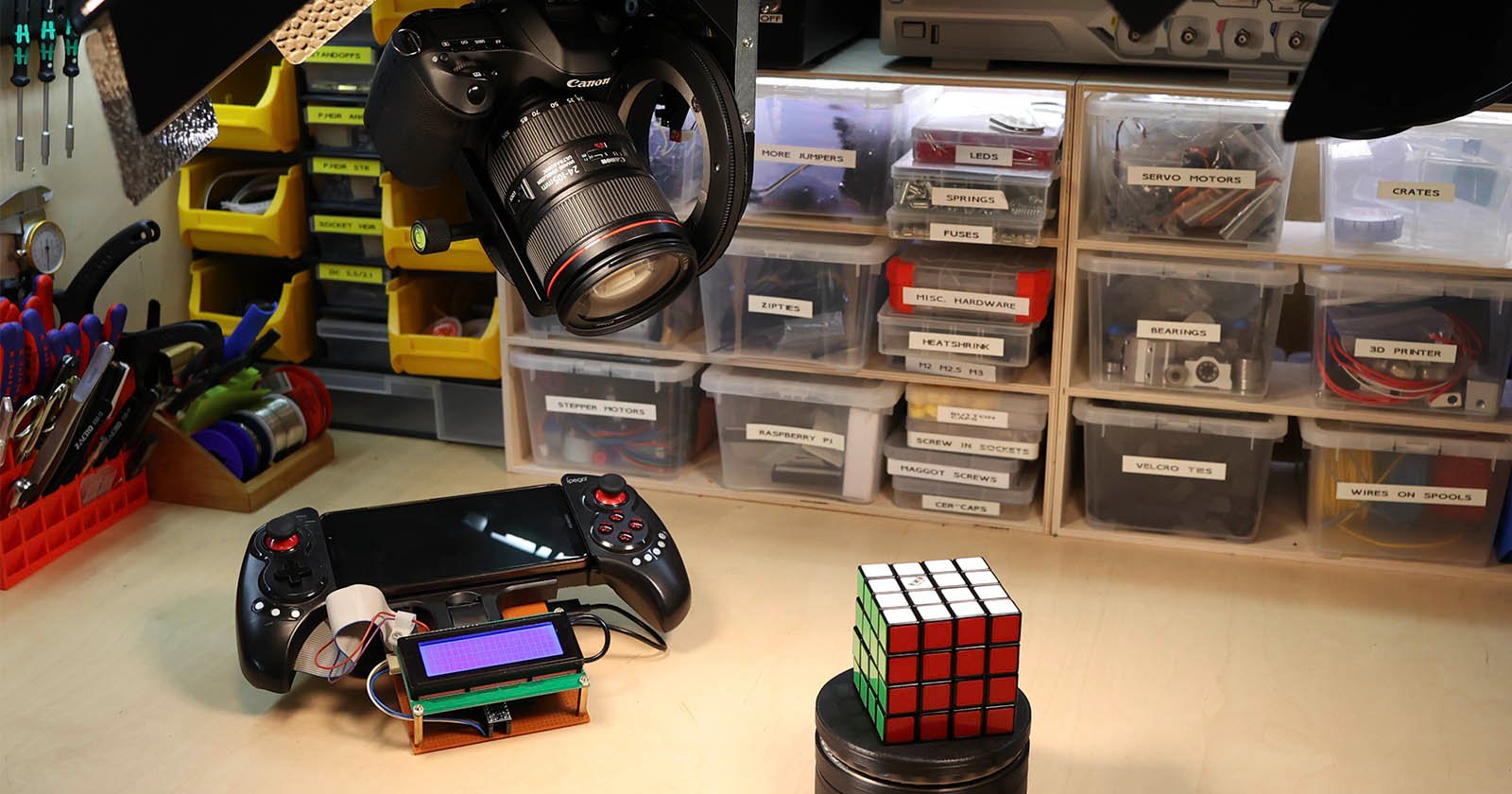 A content creator has designed and built his very own 3D-printed camera motion control rig, which he says can create footage comparable to that of highly off-the-shelf expensive camera rigs.

Video equipment isn’t cheap by any means, especially when you begin to factor in all the additional accessories and tools that can be added to a videographer’s equipment kit which allow them the ability to produce a variety of high-production-value footage. Even middling equipment can be wildly expensive, which prices out most budget-conscious individual creators.

A Hackaday user — who goes by the name of Andy — has shared how he took matters into his own hands and built his own 3D-printed camera motion control rig, which has recently been further finetuned from its earlier phases. 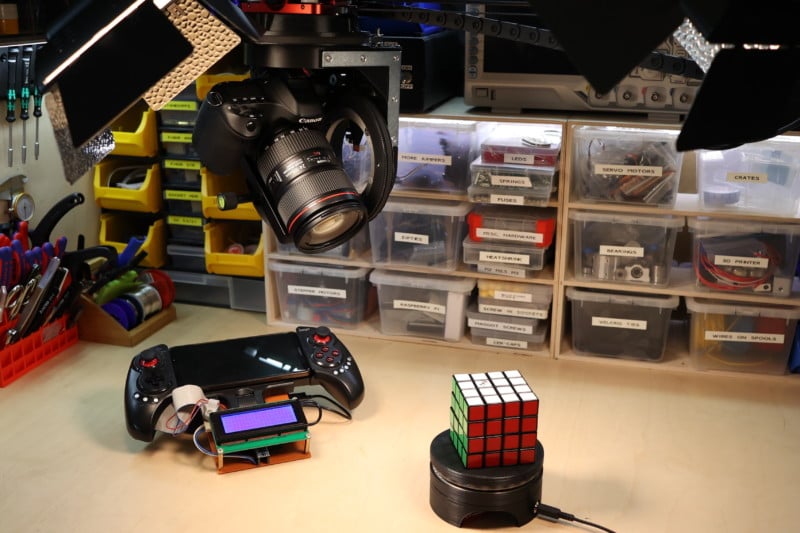 In its latest version, Andy replaced almost all of its mechanical components as well as its electronics, and now the DIY-made rig can continuously rotate. The update did require him to remodel and reprint all of the 3D-printed parts, though but the results appear worth it. The continuous rotation is achieved using commercial 12-wire slip rings with optical end-stops “so the machine can still be homed at the beginning of a move.” 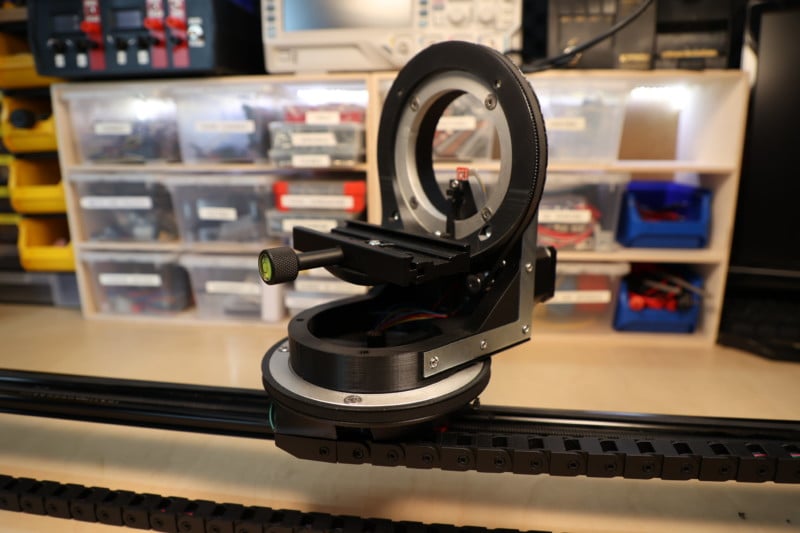 Hackaday reports that an onboard Raspberry Pi — a small single-board computer — and an Arduino Uno — an open-source microcontroller that replaced the previously used Arduino Mega microcontroller board — are used to control the stepper motors of the device.

Andy also designed the software which allows him to synchronize the camera rig with a small rotating platform he built that together can create more complex shots as both devices work in unison. This is also supported by an MQTT-enabled remote controller that Andy had designed and built prior, which allows easier control over the camera and monitoring its status. 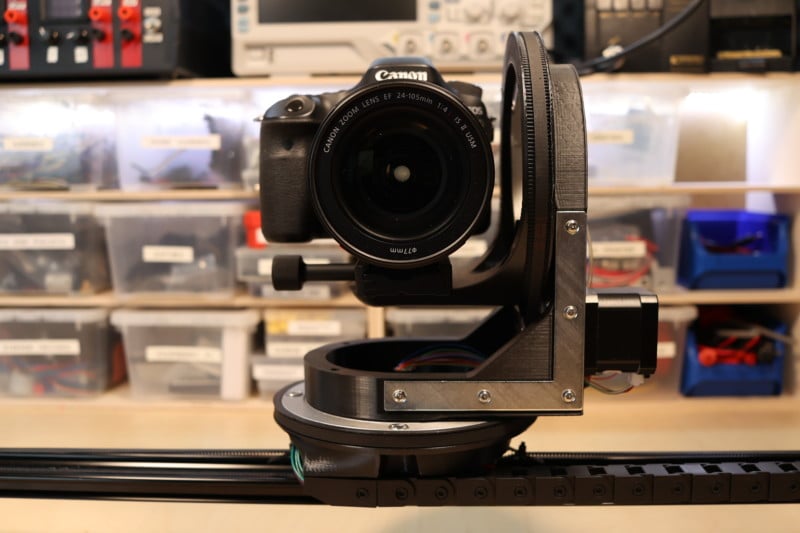 Although it is likely that most videographers will opt for saving up to purchase a ready-to-use — albeit more expensive — piece of equipment that gives smooth motion shots, Andy’s DIY project should sever as inspiration to others who are inclined to create custom hardware and software that can deliver high-production-value using DIY parts and engineering skills.

For anyone who is looking to try their hand at a more complex DIY project such as this, Andy has shared on GitLab all of the files and information used to build his camera motion control rig. More videos of Andy’s work can be found on his YouTube channel FuzzyLogic.

How to Plan Out Milky Way Photos
Samsung’s new 50-megapixel JN1 sensor has the smallest pixels in the world
Sony 50mm f/1.2 G Master Review: It Was Worth the Wait
Ambitious Single-Shot Drone Video Flies Through an Active Wedding
When will DSLRs become obsolete?