One of the most commonly discussed topics in the photography world now is the mirrorless vs. DSLR battle. A common opinion among many photographers is that the DSLR is already obsolete and has no shelf life. However, is this true? Is the DSLR tech really so outdated?

If you’ve been keeping up with my articles, you may very well know that I’m a fashion and portrait photographer. I do a lot of work in the studio, as well as on location. Social media and YouTube create an atmosphere that professional photographers make money by shooting the latest kit, 10-grand packs, and the latest cameras. The reality, however, is very different. Professional photographers own their equipment and use it regardless of any brand affiliations. For example, although I shoot on Canon and light with Profoto, I don’t own their latest kits. Y0u can’t even buy new copies of most of the gear that I shoot with.

Discontinued? Yes, that’s right. The gear that makes me money as a professional photographer is old.  And I’m not upgrading anytime soon. How obsolete? Some of my lights and lenses are from 2001. It is important to note that I am not taking pride in the fact that what I own is old, nor am I telling you to go out and find the oldest kit you can. Old kit does not make you a “true professional photographer.”

I am bringing this up to give insight into what I mean by the word obsolete. I think of “obsolete” as something that is no longer relevant in the commercial world. This will be a severely limiting factor on jobs, to the point where clients would not be happy with the final results. In other words, an obsolete camera is a camera that can no longer produce commercially viable work due to technical factors such as resolution or color reproduction. The same applies to any other kit, anything from stands to laptops.

What has become obsolete and why?

A prime example of a technology that is very obsolete would be old flash generators from the 90s. Although you can use them to create light, the recycle times are awful, while the flash duration isn’t fast enough. The consistency from shot to shot sucks too. These factors are vital in producing high caliber work, making most 90s flash generators obsolete compared to new Broncolor Scoro or Profoto Pro-11 packs. Another example of obsolete technology would be the Canon 1D original. While it is a great camera, you can’t use it in modern sports photography as the resolution is far too small (4 MP), connectivity is lacking (no ethernet), and the ISO range is far too small (up to ISO 1600 max).

Where do DSLRs fit in?

DSLRs are a strange breed now. On the one hand, they are advanced enough to produce commercial work for the next five years, but on the other hand, they have been surpassed by more modern mirrorless options.

One of the biggest red flags in DSLR technology is that there are currently no new DSLRs in the making. Canon has come out to say that “unless the market demands it, there won’t be any new DSLRs.” Same with Nikon and even Sony, who oddly enough produced DSLRs until recently. Developing any new technology is no easy feat. R&D is expensive, and developing a new DSLR is too. So a change in the focus of R&D is signaling that SLR tech is becoming obsolete. Although, it doesn’t mean that the DSLR is obsolete now. Usually, when R&D changes focus, the product takes a few years to become obsolete. Think of OS support for MacBooks or iPhones. I use an iPhone SE from 2016, which still supports the latest IOS, albeit with some problems.

Did DSLRs already reach their potential?

With technology developing faster than ever, there are countless examples of something reaching its full potential. Please think of the differences between the 5D Mark I, and Mark II. Mark II brought video, high resolution, improved battery life, and many new features. Yet, the difference between the Mark II and Mark III was essentially dual card slots and autofocus. The speed at which DSLRs progressed got slower. While some may say that the 1DX mark III is a considerable step up from the Mark II, I believe it is as good as it will ever get with DSLRs. Features such as autofocus and face tracking are impossible to achieve on the same high level as mirrorless cameras. DSLRs are as good as they will ever get: both because they reached their potential and because no new DSLRs are likely to be made. 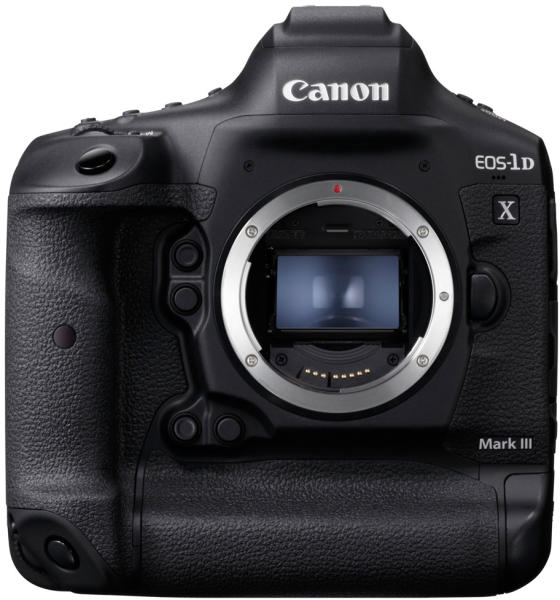 So, when will DSRLs ultimately become obsolete?

I am a full-time commercial fashion and beauty photographer. Like many of my colleagues and friends, I don’t buy equipment for the sake of keeping up to date. For the work I do, DSLRs provide excellent image quality at a low cost. I can get them repaired or buy more at the used marketplace. The current feature set of most modern DSLRs is more than enough to get me through all test shoots and most assignments. The only times when I need to rent a larger medium format system is when I need more resolution. That said, this is very rare at the moment.

For most fashion and beauty work, DSLRs will be relevant for the next five or seven years. Mirrorless cameras would have to create a new type of work, like digital cameras did back in the day. Shooting ad campaigns on film is rare nowadays as it is limiting on resolution, and no one can sign off on the images at the end.

Ultimately, there are benefits of a mirrorless system. If a specific brief will need me to work with advanced face tracking or anything that DSLRs cant offer, I will absolutely rent one. When those briefs make my work reliant on mirrorless features, it will signal the end of the DSLR in professional work for me. If you’re a still-life photographer, that is different. There is no reason to upgrade from a DSLR if you’re using manual focus most of the time. The choice is yours, but the DSLR is not obsolete yet and likely will remain relevant for at least five years in professional applications and quite a bit more in hobbyists and beginners worlds.