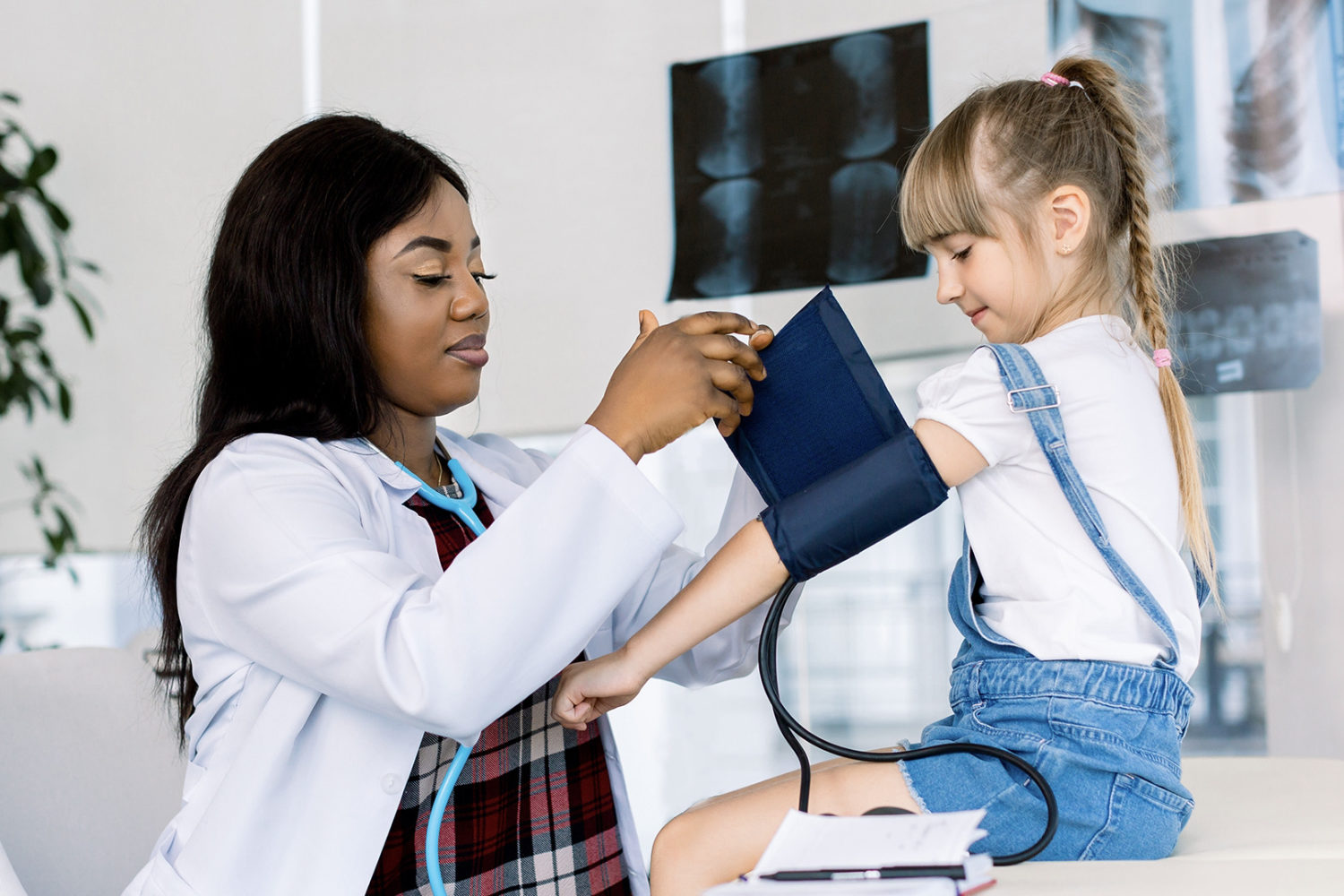 Gender bias in healthcare begins early, and evidence of its consequences persist throughout our lives—from the fact that women are more likely than men to be prescribed sedatives instead of painkillers to the fact that women in the US wait an average of 65 minutes to receive pain treatment in emergency rooms, as compared to just 49 minutes for men.

Research from Getty Images suggests that women are more likely than men to pay closer attention to their personal health and wellbeing, but still, inequities persist. As part of a recent report on visualizing women’s health, Getty Images cites the WHO, whose research indicates that although the average European woman lives longer than the average man, she also spends a greater share of her life in poor health.

Getty Images also points to the Edelman Trust Barometer, which—perhaps unsurprisingly—found that women trust healthcare less than men (the biggest gap is in the US). In 2021, this gap continues to hurt women and prevent them from getting the care they need. As arbiters of visual culture, commercial photographers have a role to play in challenging stereotypes and combating gender bias in advertising for healthcare brands. Below, we’ll cover our top four tips for depicting women’s health in your Licensing portfolio. 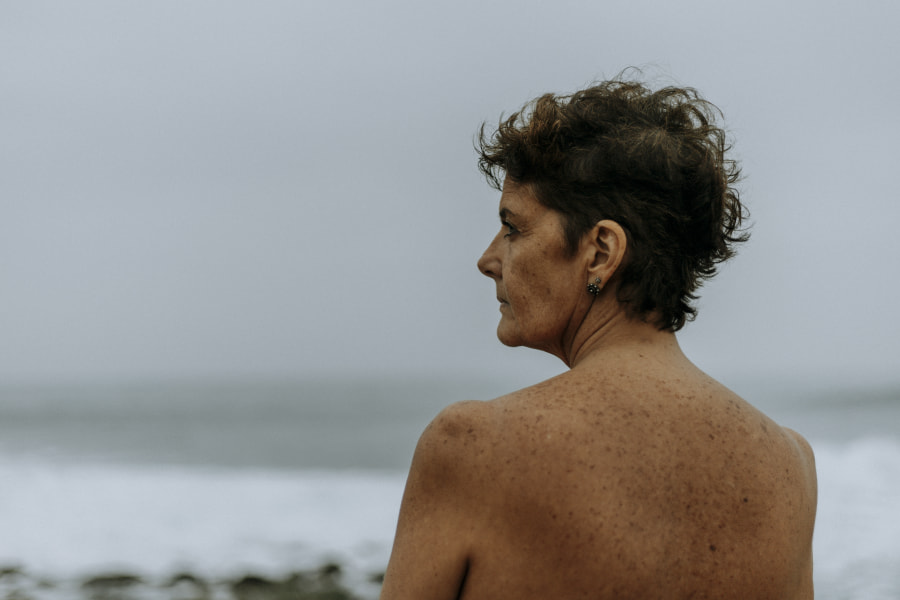 The onus is on healthcare brands to show they’re actively listening to women and taking their needs seriously, and one way to do that is by representing us authentically across all visual communications. Instead of hiring models to play a role, today’s photographers can take more of a documentary-style approach. By collaborating with women and female-identifying people in your life, you’ll be able to capture relatable moments rather than outdated stereotypes. 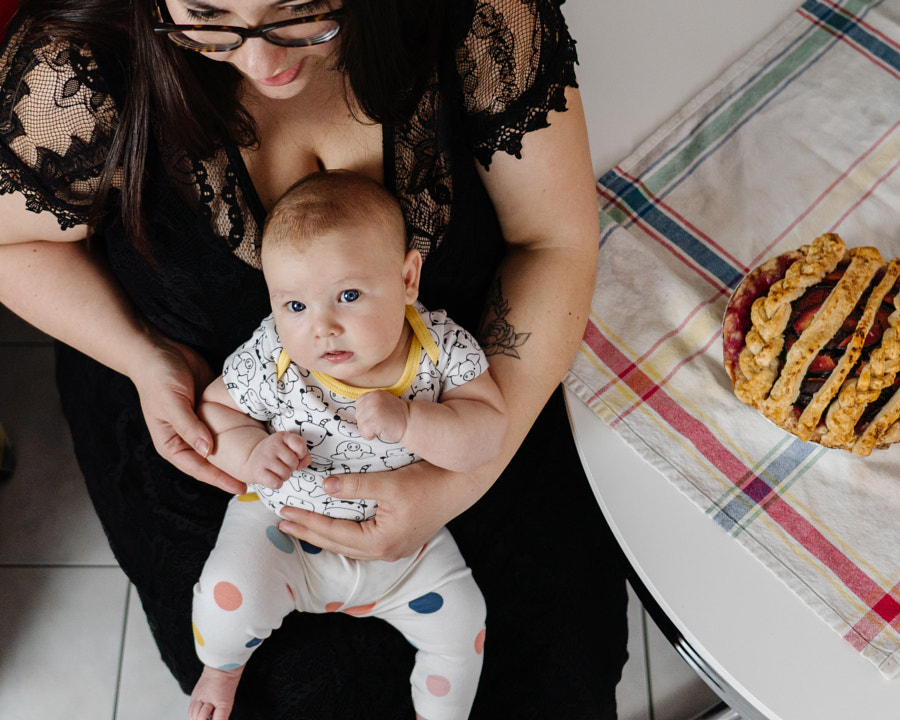 Show us how women of all ages, ethnicities, body types, sexual orientations, and more actively take care of their health in everyday life. Maybe it’s making a telehealth appointment, getting an ultrasound, or taking a blood sugar test at home; perhaps it’s practicing yoga, playing sports, or something else entirely. It can be as simple as photographing a group of friends supporting one another or taking a hike in the park. Quick tip: When shooting work for your Licensing portfolio, avoid overly retouching skin. Details like wrinkles, freckles, sunspots, scars, or acne are part of our real lives and should be celebrated. 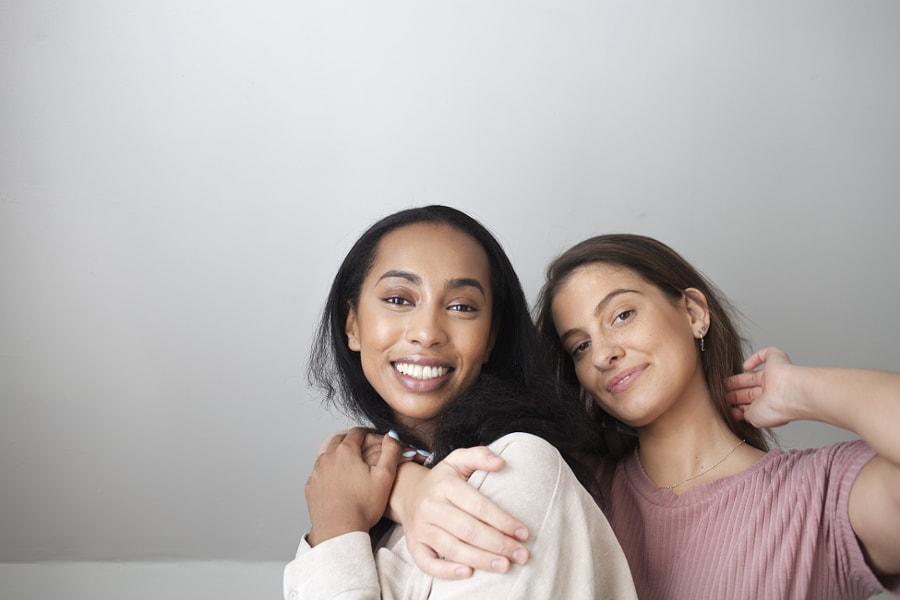 This spring, a poll from MDVIP and Ipsos revealed that almost eight in ten women say there are barriers preventing them from taking better care of their health, with 31% saying that when they brought up certain concerns with their doctors, they were not taken seriously. The same percentage said they had felt rushed during an appointment or unable to ask all their questions.

Furthermore, one in four women surveyed said there had been times when they were too embarrassed to bring up certain health issues to the doctor. 36% said they wish their doctor would spend more time discussing health concerns that are unique to women.

Awareness about women’s health issues is vital, so don’t shy away from depicting them in your images. Some issues, including breast cancer, heart disease, autoimmune diseases, and more, can affect women and men differently. On average, it takes 7.5 years for women to receive a diagnosis of endometriosis, during which time they experience chronic pain. The more we can normalize these topics, the more comfortable we’ll be addressing them with our doctors. 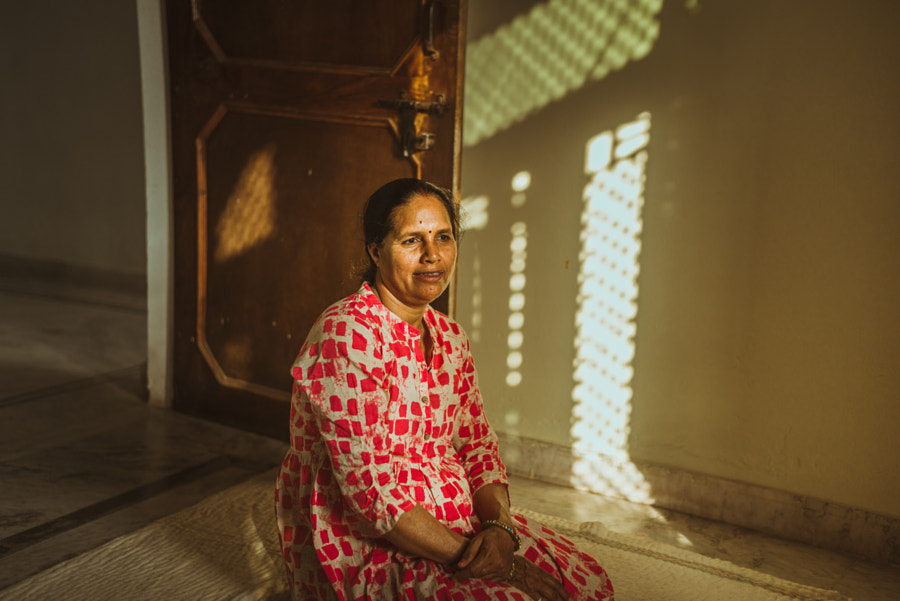 According to a 2019 report from Medscape, full-time male primary care and specialist doctors earn 25% and 33% more than female doctors working at the same level. Of course, it’s not that male doctors are better than female doctors; in fact, an earlier study from Harvard found that Medicare patients were less likely to die or be readmitted to the hospital when they were treated by female physicians. Yet another body of research from Johns Hopkins Bloomberg School of Public Health found that female primary care doctors spent more time listening to their patients than their male counterparts did. 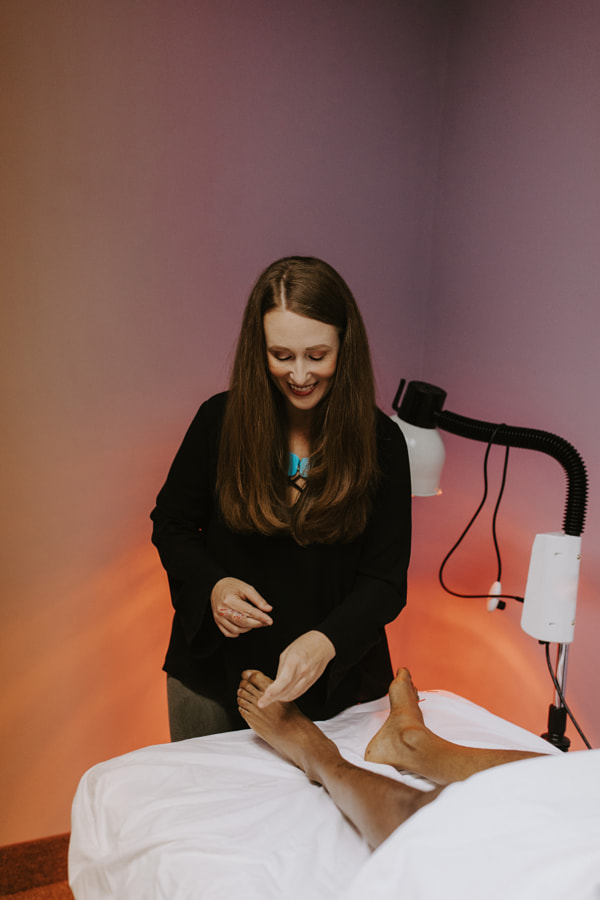 In addition to photographing women receiving healthcare, consider ways to illustrate the behind-the-scenes journeys of female medical professionals who provide support to their patients every day. Maybe you partner with female healthcare workers to help tell their stories through a series of photographs; perhaps you shadow a physical therapist at work, or you document a day in the life of a surgeon. If they agree to sign a release, you’ll get images for your commercial portfolio, and you can also offer them photos to promote their practice. 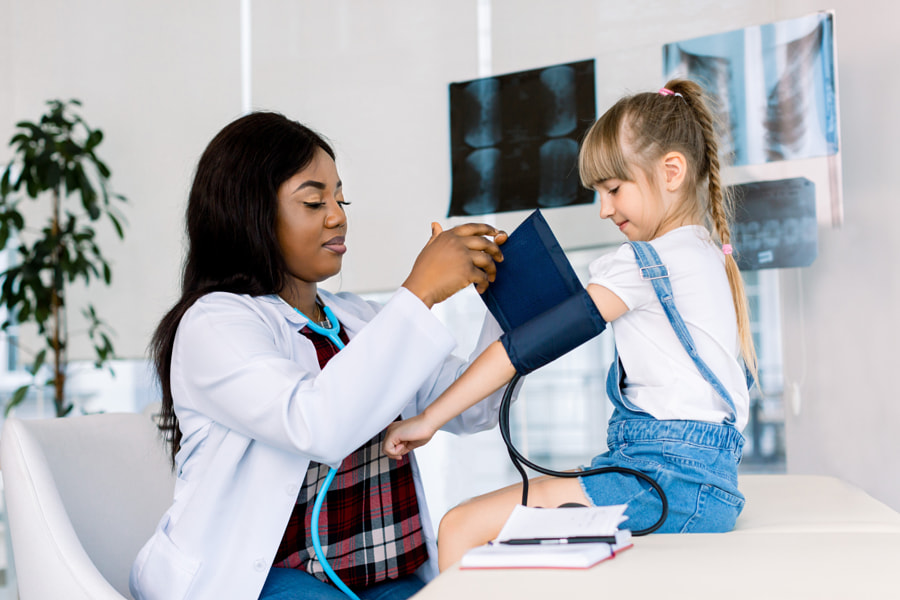 Last September, a study from the non-profit international aid organization CARE revealed that women are three times as likely as men to report suffering from significant mental health consequences due to COVID-19, including anxiety, inability to sleep, appetite loss, and trouble completing everyday tasks. The triggers causing this outsized effect on women varied from economic stressors to the division of labor at home.

When we talk about visualizing wellness, we’re also talking about mental health. In the last year, commercial photography has made significant strides toward accurately representing the realities of managing our mental health. As our awareness grows and we continue to chip away at tired stigmas, harmful stereotypes and cliches have gradually been replaced by photos that reflect our diverse and varied real-world experiences. 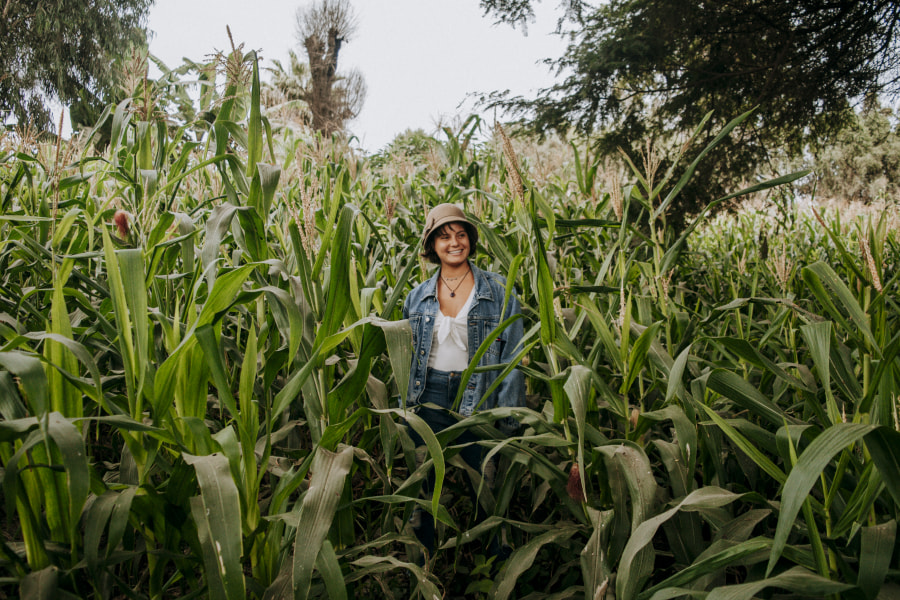 Last winter, for instance, Getty Images collaborated with the creatives at WeAre to create joyful, colorful collages representing the idea of “mental wealth.” These kinds of images work to highlight our hope and resilience, even amid uncertain times. You can do the same in your photos by incorporating ideas like mindfulness and meditation, self-care and relaxation, support and strength into your shoots. Find inspiration in your life, and collaborate with friends and family to highlight the different methods they use to cultivate mental wellbeing.