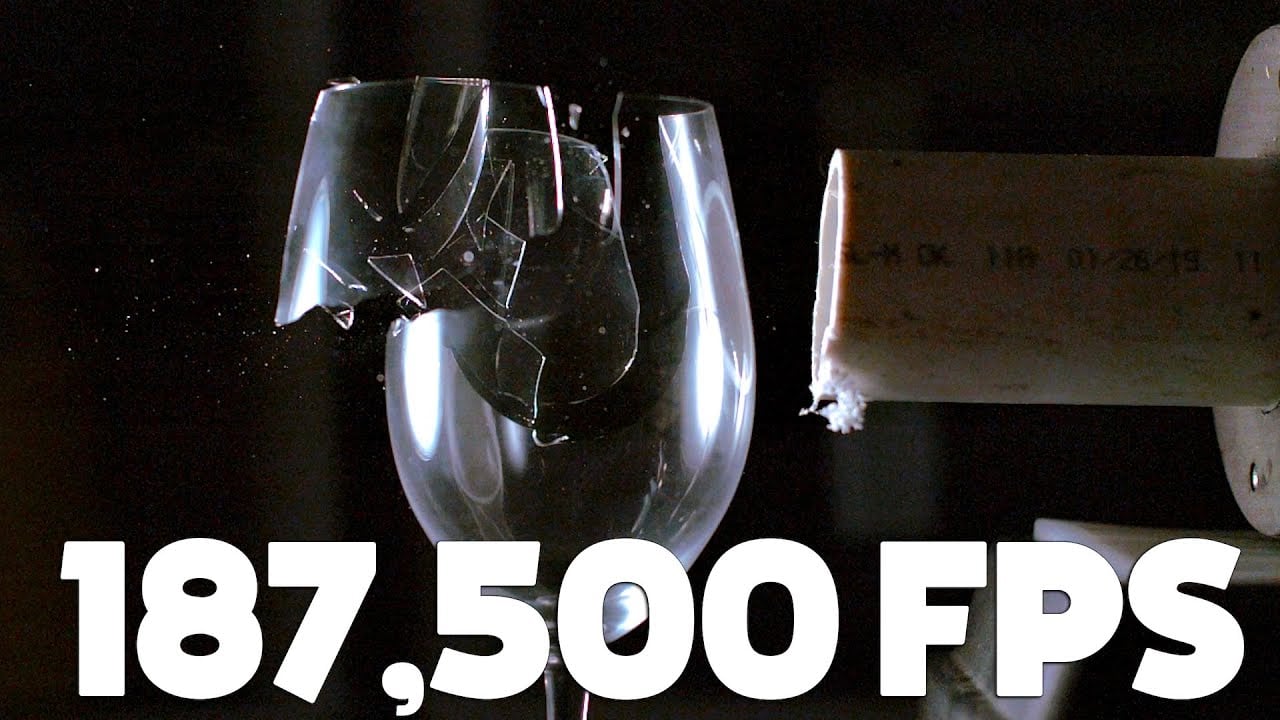 Gav from The Slow Mo Guys displays the power of sound by using extreme volumes to shatter a wine glass, all captured with a high-speed camera shooting at 187,500 frames per second.

The Slow Mo Guys YouTube Channel has been producing excellent videos that show different activities captured at high frame rates for years. Most recently, Gav showed what happens when a spark plug hits a car window as well as revealing how an old 16mm motion picture camera works.

Using a Phantom TMX 7510 at 187,500 frames per second, Gav this time shows how playing a wine glass’s “least favorite sound” at extreme volumes affects the fragile vessel. “That’s around 7500x slower than you can see with your own face,” Gav writes. 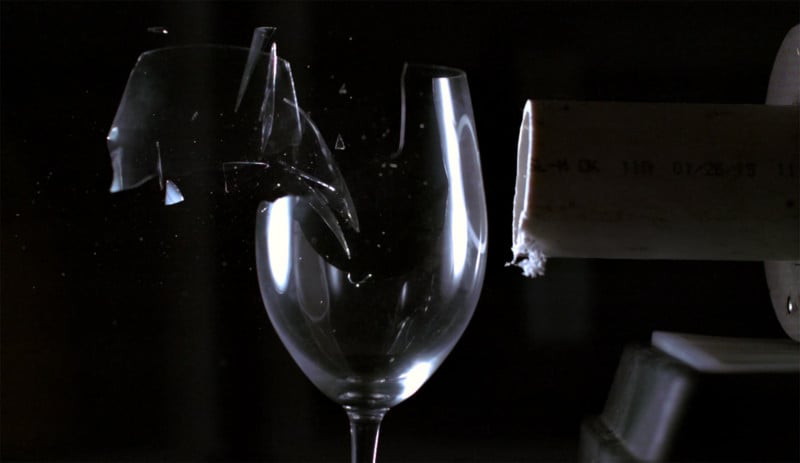 Gav notes that the resonant frequency of the glass, the sound that you can hear when lightly flicking the side of it, is the same frequency he aims at the glass extremely loudly. Resonant frequency is the natural frequency where an object or medium vibrates at its highest amplitude, according to Cadence PCB.

In this case, glass shatters when exposed to a certain frequency because the acoustic waves of sound cause the molecules to vibrate.

“When projected from a source, the vibration traverses through the air onto the physical structure of the glass,” Cadence explains. “If the acoustic frequency of the sound matches the natural frequency of the glass, the latter starts to vibrate at a larger amplitude, potentially disintegrating its structure.”

In this case, Gav intends to take advantage of the wine glass’s resonant frequency of 505hz and hit it with that sound very closely and very loudly to force the molecules to vibrate wildly, which affects the structure of the glass, causing it to shatter.

“Do not watch this video if you have glass eardrums that resonate at 505hz,” Gav jokes. 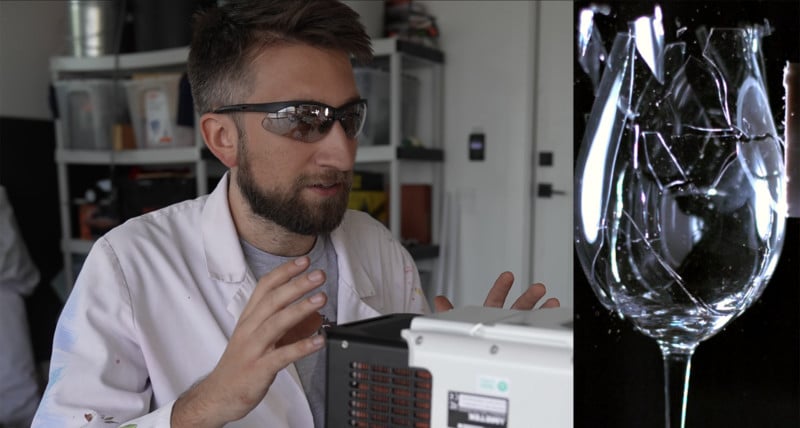 Gave creates and aims the sound at the glass by playing the chosen frequency on an iPad and through an amplifier that is connected to a two-inch compression driver with a short bit of PVC attached to it, which focuses the sound into the side of the glass.