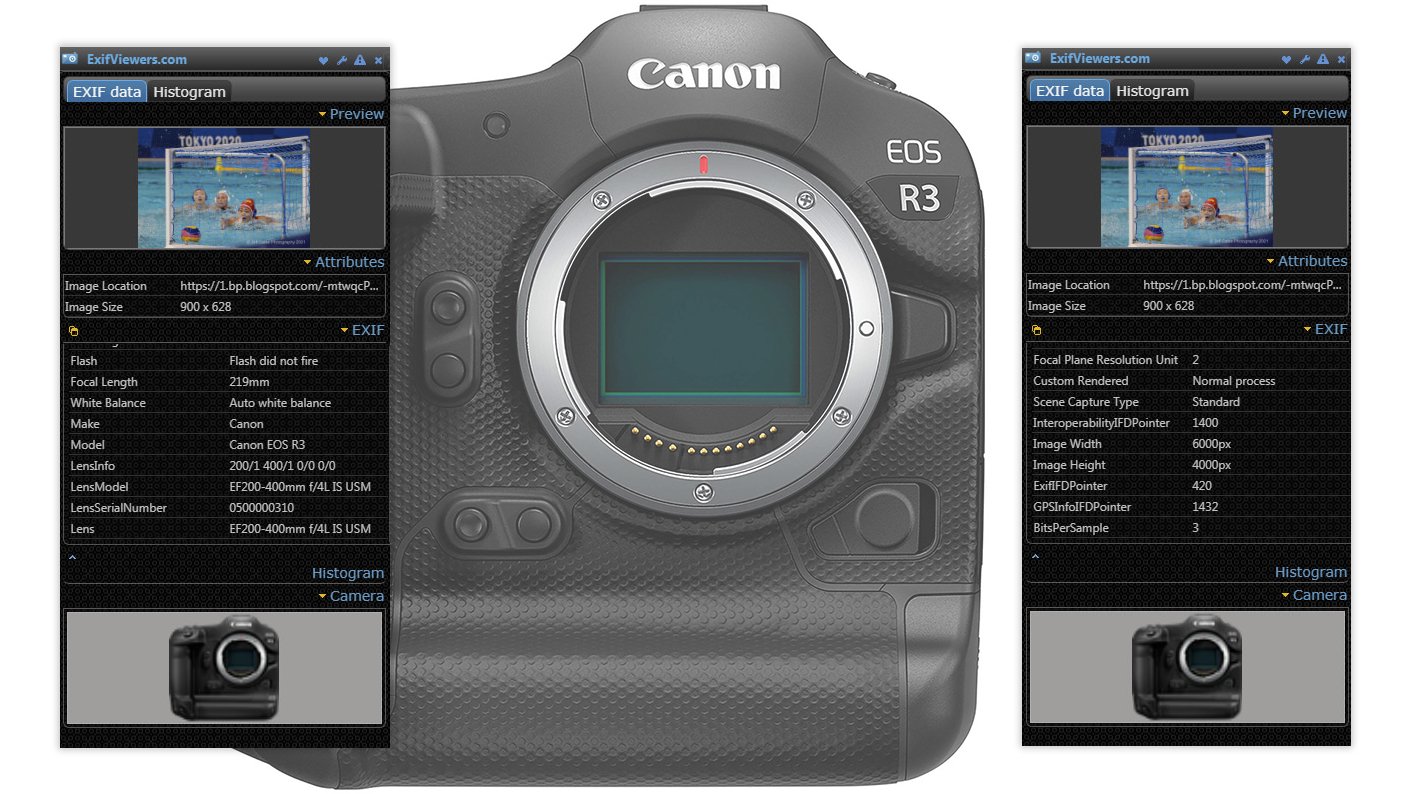 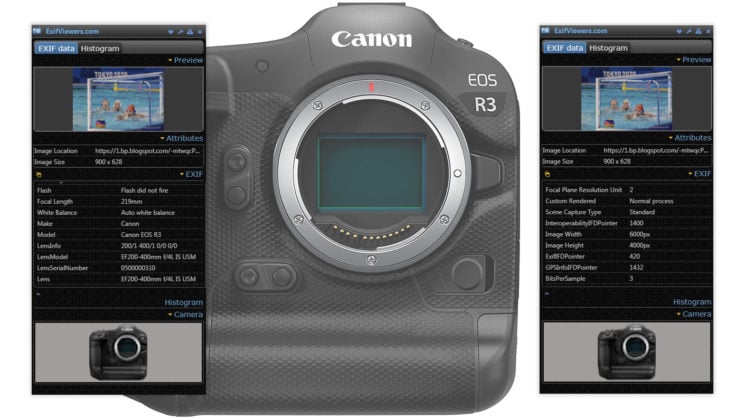 It seems to be kind of an open secret that the Canon EOS R3 is currently being tested at the Tokyo Olympics. Obviously, those who have one can’t come right out and say that they do, nor can they release any specifications about the camera. However, it seems that images from the camera have managed to find their way out into the wild with EXIF data still intact.

That EXIF data, with screenshots originally posted to the Canon Rumors forums, reveals some more information about the upcoming camera that’s not yet been released by Canon. Finally, if the screenshots of the EXIF data are to be believed, we know the resolution of the Canon EOS R3.

According to the EXIF data, the images were shot using the Canon EOS R3 and while the images have been resized down to 900×628 pixels, the EXIF data shows that they were originally 6000 x 4000 pixels – or, 24-megapixels. So, this pretty much puts that rumour to bed. At the moment, the current known and rumoured EOS R3 specs look a little something like this…