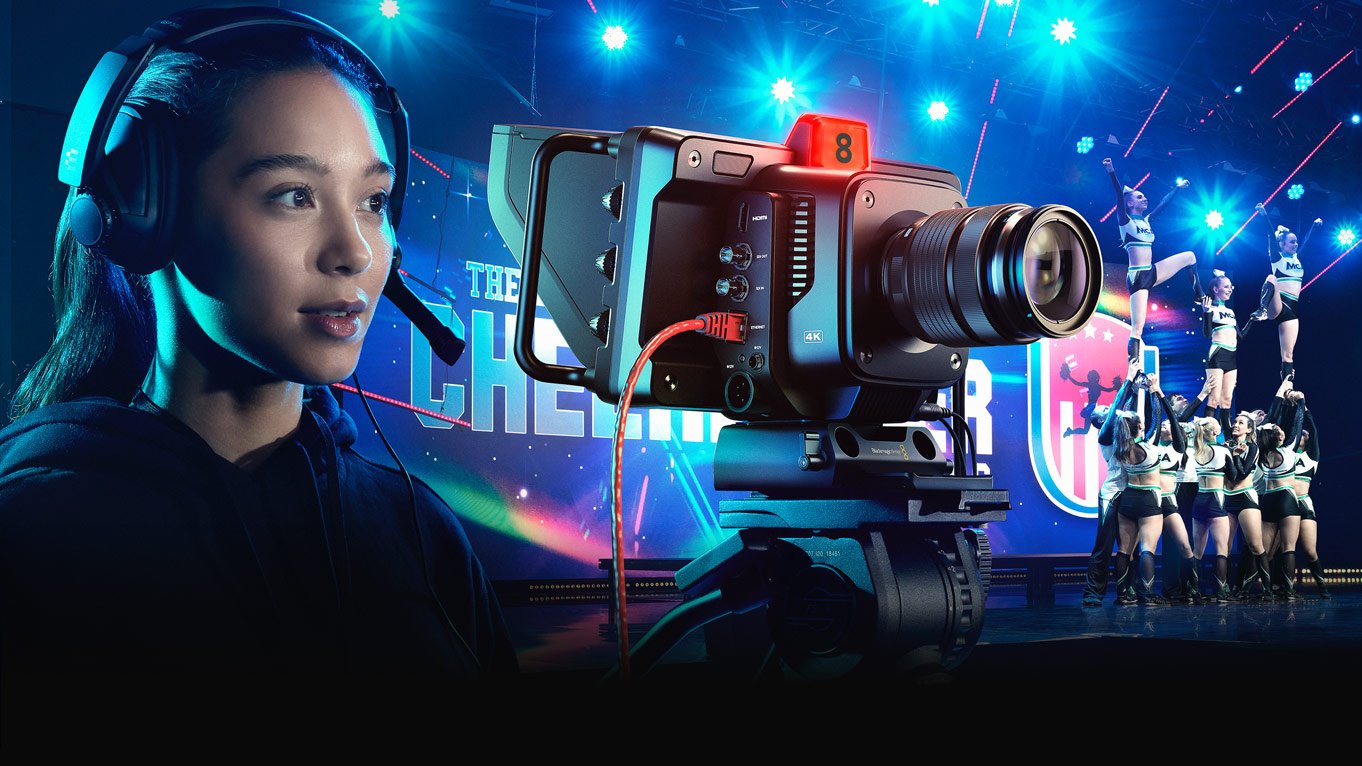 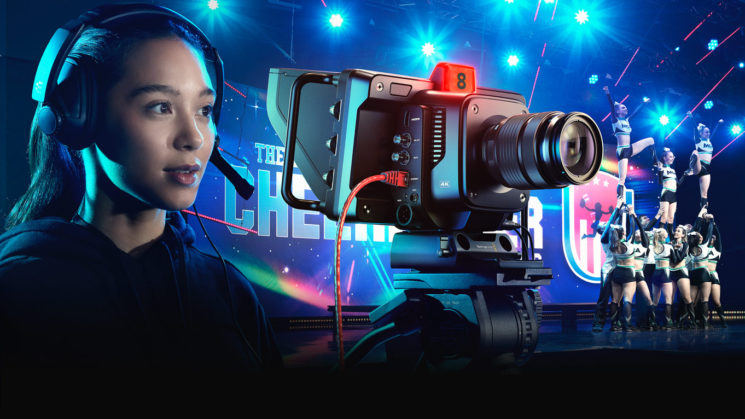 Both cameras capture and record 4K UHD at up to 60 frames per second using a Micro Four Thirds (17.78 x 10mm) sensor with 13 stops of dynamic range and an active Micro Four Thirds lens mount. They also feature dual native ISO at 0dB and 18dB gain with an upper limit of ISO 25,600.

The new cameras replace both the older Blackmagic Studio Camera HD and the Blackmagic Studio Camera 4K models and provide some significant updates. Over the HD, obviously, the resolution has been bumped, but over the 4K, some obvious big changes. The first is that the LCD has shrunk a little, although it’s retained the same 1920×1200 resolution. It’s also ditched the array of buttons along the bottom in favour of a touchscreen interface.

Other differences between the two models include the LCD brightness. The Studio 4K  Pro LCD offers 2,200 nits of brightness, which should be easily visible even in bright outdoor settings. The 4K Plus LCD only offers a relatively modest 600 nits of brightness. This is still fairly bright, although you’ll definitely be relying on that LCD hood a lot more if using it outdoors.

The Studio 4K Plus offers fairly minimal connectivity, with only the basic options. You get one HDMI 2.0 video output, a 3.5mm stereo input (which can also be used for timecode input), a 3.5mm headphone jack and two Type-C USB 3.1 Gen 1 (5Gb/s) ports for external recording, focus & zoom control and firmware updates.

The Studio 4K Pro also provides the same connectivity as above, but with an added SDI video output offering 1.5G, 3G, 6G or 12G capabilities, an SDI video input, two XLR sockets with phantom power support capable of switching between mic and line levels, a 5-pin XLR output for a talkback headset, a 10Gb/sec Ethernet socket, reference inputs for the Blackmagic Studio Converter, and the standard 3.5mm headphone jack has been swapped out for a TRRS socket for use with headsets that incorporate a microphone.

While both cameras are designed primarily for streaming or recording on separate devices, they both offer Blackmagic RAW recording support to an SSD connected over USB with either constant bitrate at 3:1, 5:1, 8:1 and 12:1 or constant quality at Q0, Q1, Q3 or Q5.

Overall, they look like pretty worthy successors to the previous models, offering a range of great options. With the Studio Camera 4K Plus priced as low as it is, though, I wonder if this means we’ll also see an update to 2017’s Blackmagic Micro Studio Camera 4K (which is currently listed for the same price as the Studio 4K Plus) coming at some point soon with the faster 60fps capability and a reduced price point.

After all, we don’t always need to be sitting behind the monitor of a camera, and depending on where a camera is placed, it might not even be possible to get behind the screen to adjust the settings. I’ve not heard any rumours about a new Micro Studio Camera 4K update, but it would make sense for Blackmagic to release a potential Micro Studio replacement model to match the quality and features of the new Studio Camera 4K Plus and Pro models.

How to Do Street Photography with a Smartphone
Ultra-Large Format Cameras: When 300mm Is a Wide Lens
Unbelievably Easy Way To Turn DAY Into NIGHT In Photoshop
How to Take Better Photographs Outdoors
Texture vs Clarity vs Dehaze | In a Lightroom minute