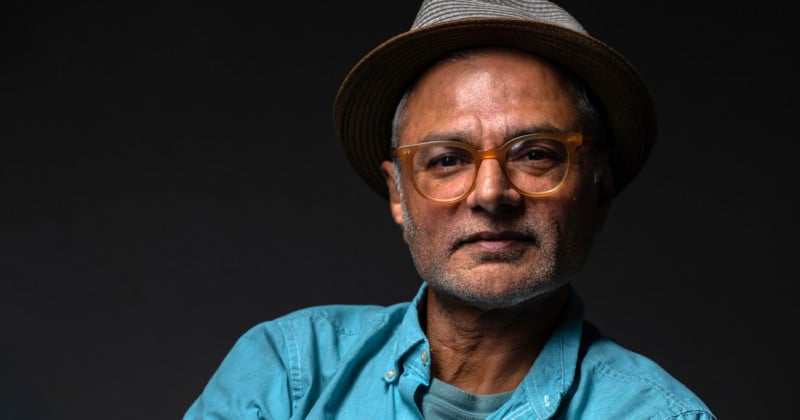 Nick Oza, a staff photographer for the Arizona Republic and two-time winner of the Pulitzer Prize, has passed away after he was hospitalized on September 3 when a single-vehicle car accident left him seriously injured. He was 56.

Oza suffered a car accident on the morning of Friday, September 3 while traveling on Loop 202 near the Vee Quiva casino and resort, which is south of the town of Laveen. Bart Graves, a spokesman for the Arizona Department of Public Safety said that Oza’s vehicle “veered” across all lanes of traffic on the highway before hitting the center median wall. The cause of the accident has not been made public.

He was described as conscious but unresponsive and was taken to a hospital. Oza died of his injuries early on Monday according to a report from AZCentral.

Oza joined The Arizona Republic’s photo staff in 2006 and was a well-known and respected documentarian whose works focused on immigration and the southern border of the United States.

“Oza has been at the center of some of The Republic and AZCentral.com’s most important work since he joined the newspaper in 2006,” Russ Wiles of the Arizona Republic writes. “He has brought life to coverage of neglected children, immigrants, protesters for social justice, migrants seeking asylum, and the everyday experiences of countless Arizonans.”

“All of us at The Republic are focused on supporting Nick and his family as they navigate the days and weeks ahead,” The Republic’s executive editor Greg Burton said.

“He has given so much to the people of Arizona — it’s there in the photos of a BLM protester in downtown Phoenix and players at football practice at Perry High School; of a junkyard worker in Wittmann and a cowboy at West World in Scottsdale.

In his early career, Oza — who was working for The Telegraph of Macon, Georgia — won his first Pulitzer for images that were part of the Biloxi Sun Herald’s coverage of Hurricane Katrina’s destruction in Biloxi, Mississippi.

Oza’s second Pulitzer would come from his work which was included in the Arizona Republic’s 2017 project titled “The Wall” that examined President Donald Trump’s planned border wall. It would go on to win the Pulitzer Prize for explanatory reporting.

Oza is survived by his wife Jacquelyn, and daughter, Shanti, as well as family in India.