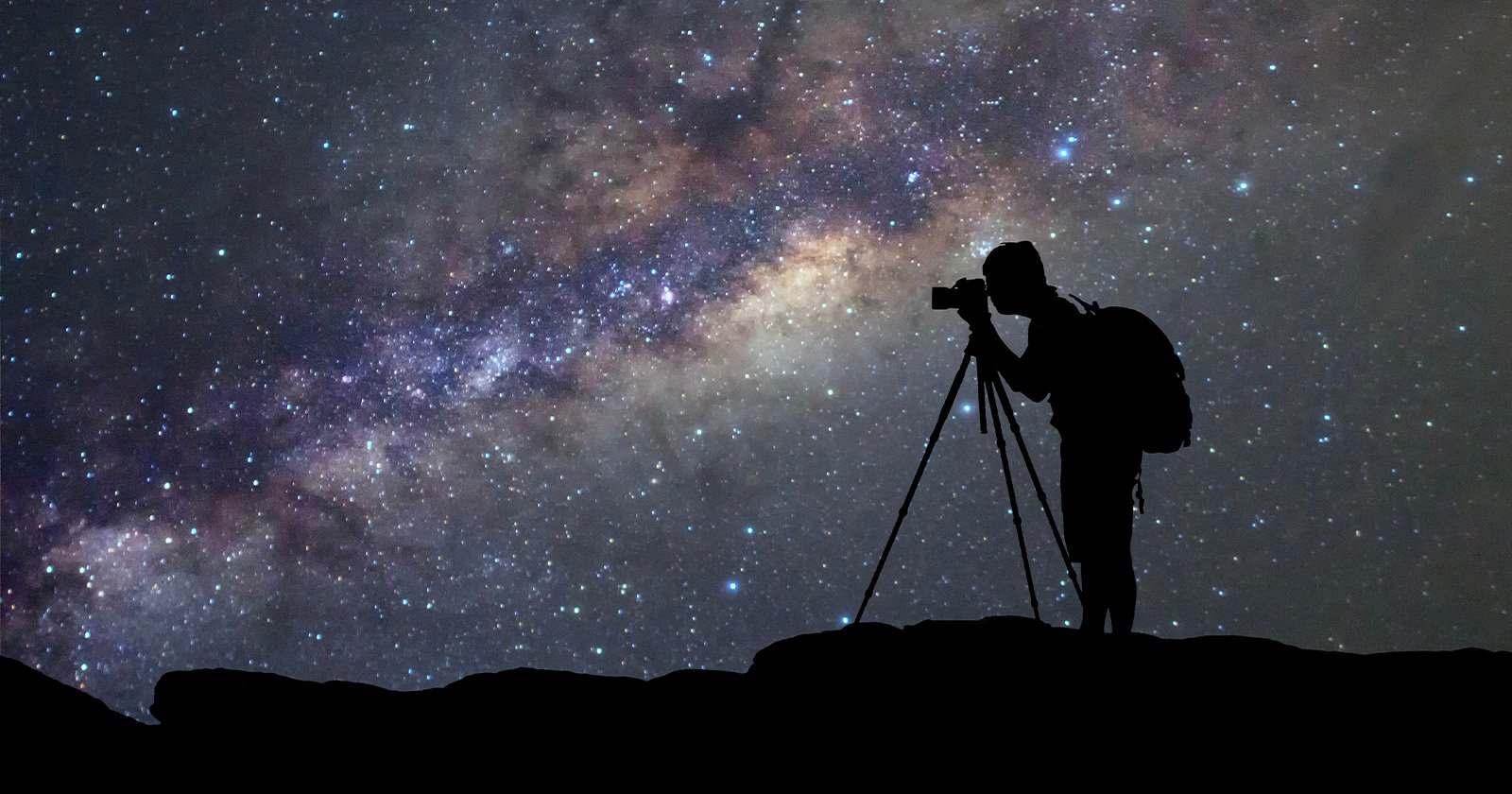 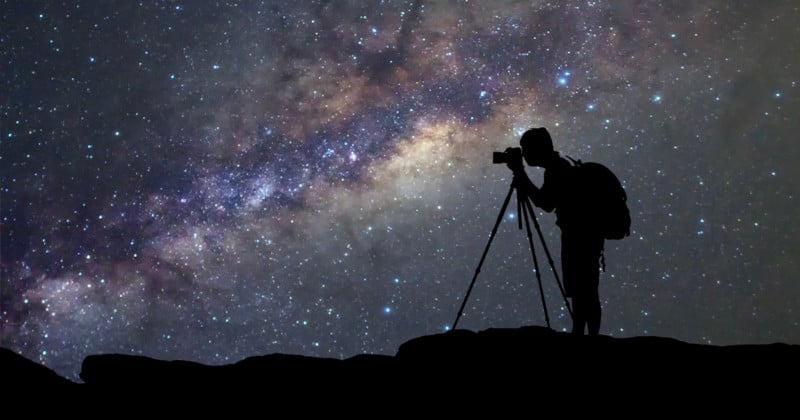 Skies and Scopes has released the findings of its study which analyzed the equipment used to capture the photos that made it to the final shortlist for the Astronomy Photographer of the Year competition over the past three years.

The study analyzed almost 400 images across three categories: 138 landscape astrophotography images, 126 deep-sky images, and 112 planetary images. All of these had made it to the shortlist of the Royal Museums Greenwich’s Astronomy Photographer of the Year competition, one of the most prestigious competitions in the space. The study covered images from the 2019, 2020, and 2021 competitions; the latter announced winners earlier this month.

Although the study is not scientific and does contain minor anomalies in the results — such as unclear equipment details for some images or completely missing equipment information — it still aims to shed a brief insight into the type of cameras used to shoot astronomy images that get recognized by the competition.

The study found that there is a close split of 55-percent of DSLR or mirrorless cameras and 45-percent of dedicated astronomy cameras used. This is further broken down and findings show that DLSR cameras, in particular, are the most likely to be used in shortlisted images with 39-percent, followed by 24-percent of CMOS sensor cameras, CCD with 21-percent, mirrorless with 15-percent, and a small portion of smartphone and tablet users at 2-percent. 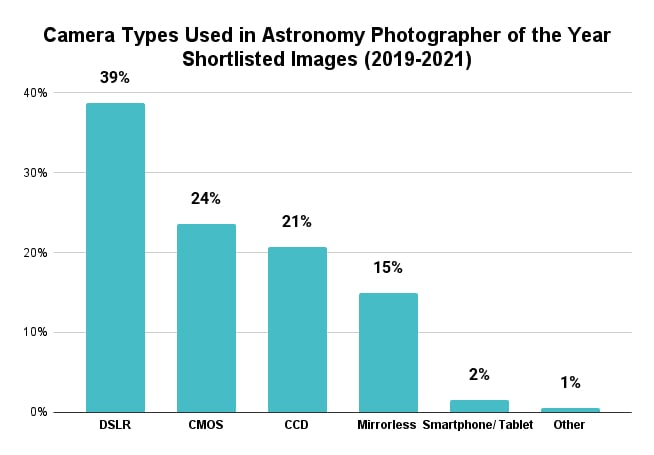 When it comes to brands, Canon and Nikon marked the top two brands used, with Sony in fourth place. The rest are manufacturers of dedicated astronomy cameras, such as ZWO, SBIG, FLI, and others. 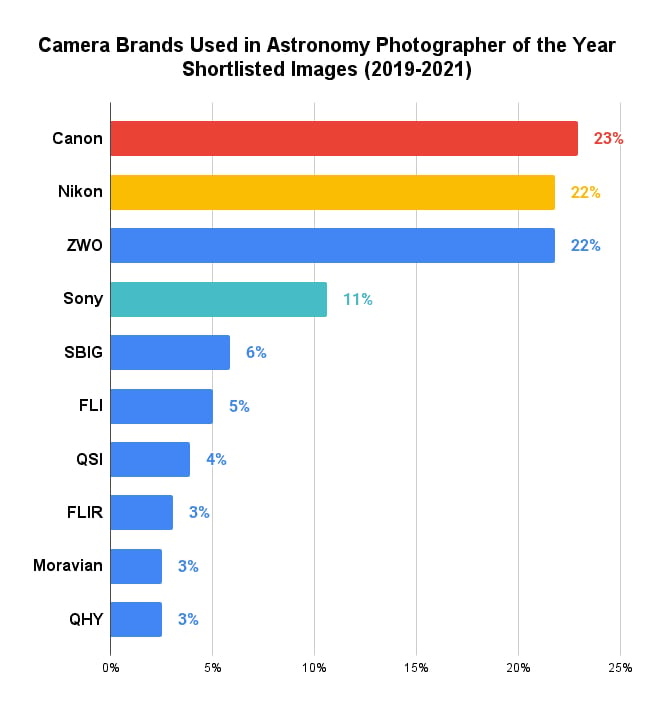 The Canon EOS 6D was the most popular model used overall with 10-percent of shortlisted images taken with it. Canon EOS 5D Mark IV came third, while Nikons’ D750 and D850 both were at 4-percent each and stood in fifth and sixth place, respectively. 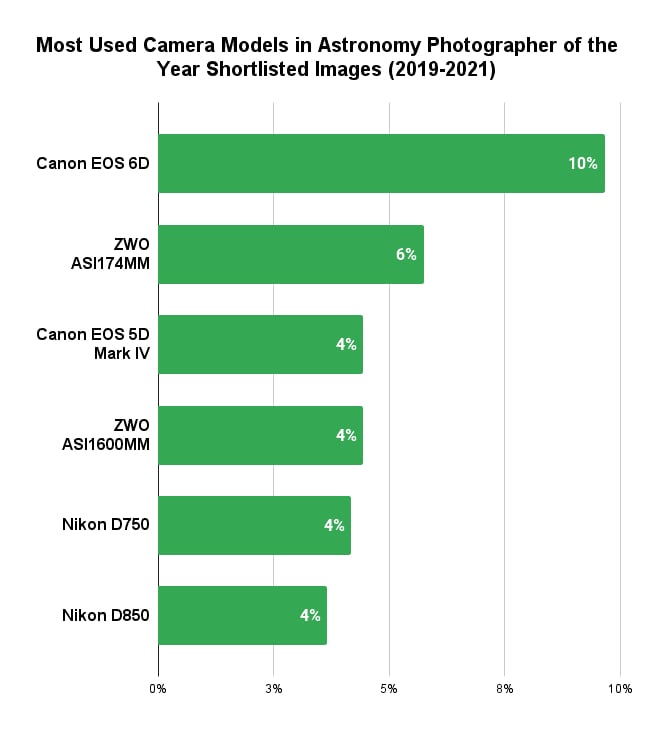 Out of dedicated astronomy cameras, ZWO ASI174MM and ZWO ASI1600MM were the most popular, while none of the mirrorless models made it to the top six.

However, when it comes to landscape astrophotography images in particular, the Sony a7 III crept up to fourth place with the two Nikon and Canon DSLRs ahead of it, as shown in the table below. 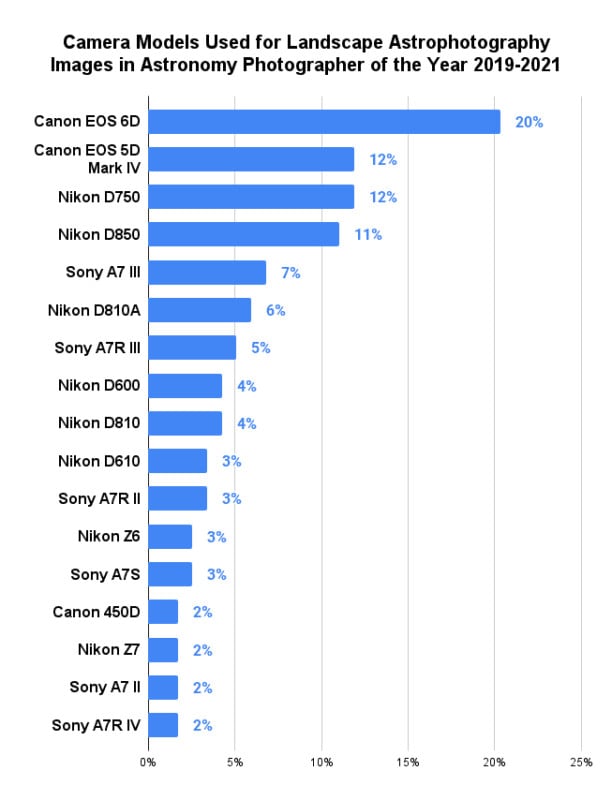 Skies and Scopes also reports that mirrorless cameras are growing in popularity and are used more frequently for astrophotography now than in previous years. In 2019, 12-percent of shortlisted images were shot with a mirrorless, followed by 16-percent in 2020, and 17-percent this year.

Unsurprisingly, Sony is the dominating brand for mirrorless cameras in the competition and takes up a 67-percent share, while 14-percent of photographers used Nikon mirrorless — with Nikon Z6 as the most popular Nikon model — and 11-percent used Canon, with Canon EOS R as the favorite. 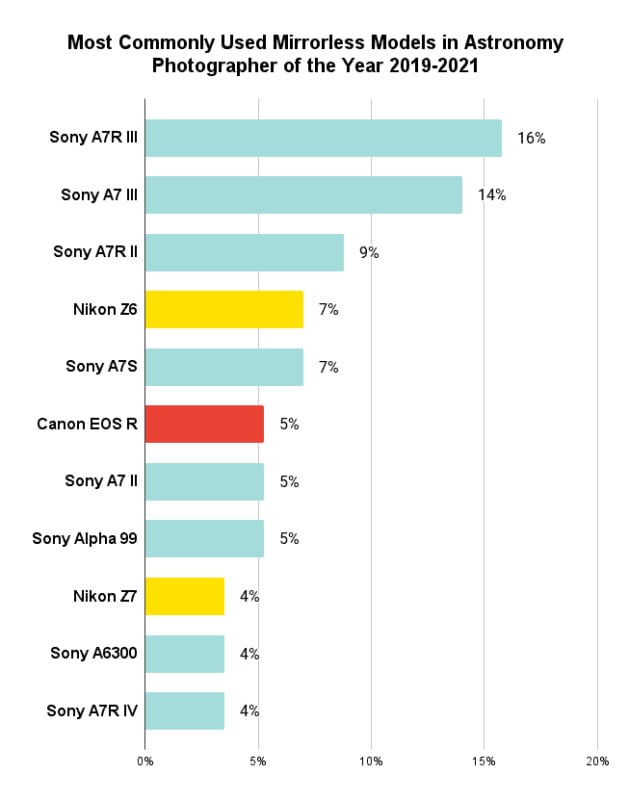 Planetary astrophotography, in the table below, and deep-sky astrophotography primarily saw dedicated camera brands take the lead, with ZWO in particular, however, Canon EOS 6D made its way into both categories and represented the DSLR brands more than any other non-astronomy camera make. 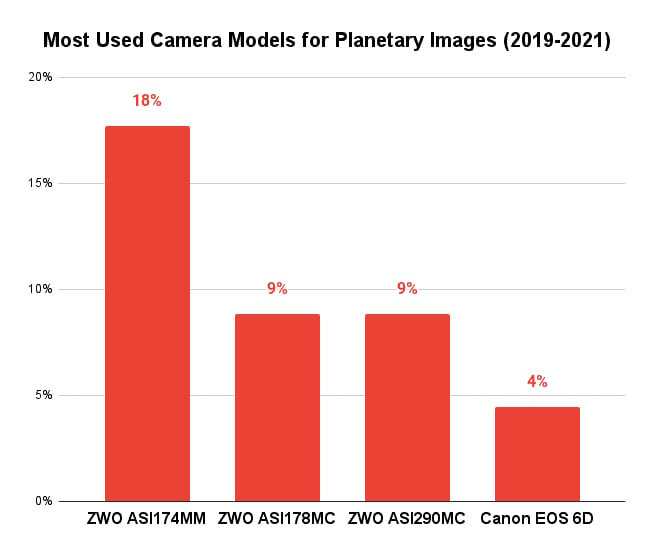 The study also detailed the most popular telescopes, mount manufacturers, and star trackers with all sections broken down further.

Although the study aimed to provide a good insight into what astrophotography gear has excelled in the past three years, Skies and Scopes notes that the most frequently used gear doesn’t necessarily mean it is “better.” Instead, it should be noted that it can simply reflect what equipment is affordable and within reach for most people.

A full breakdown of the study can be found on Skies and Scopes.