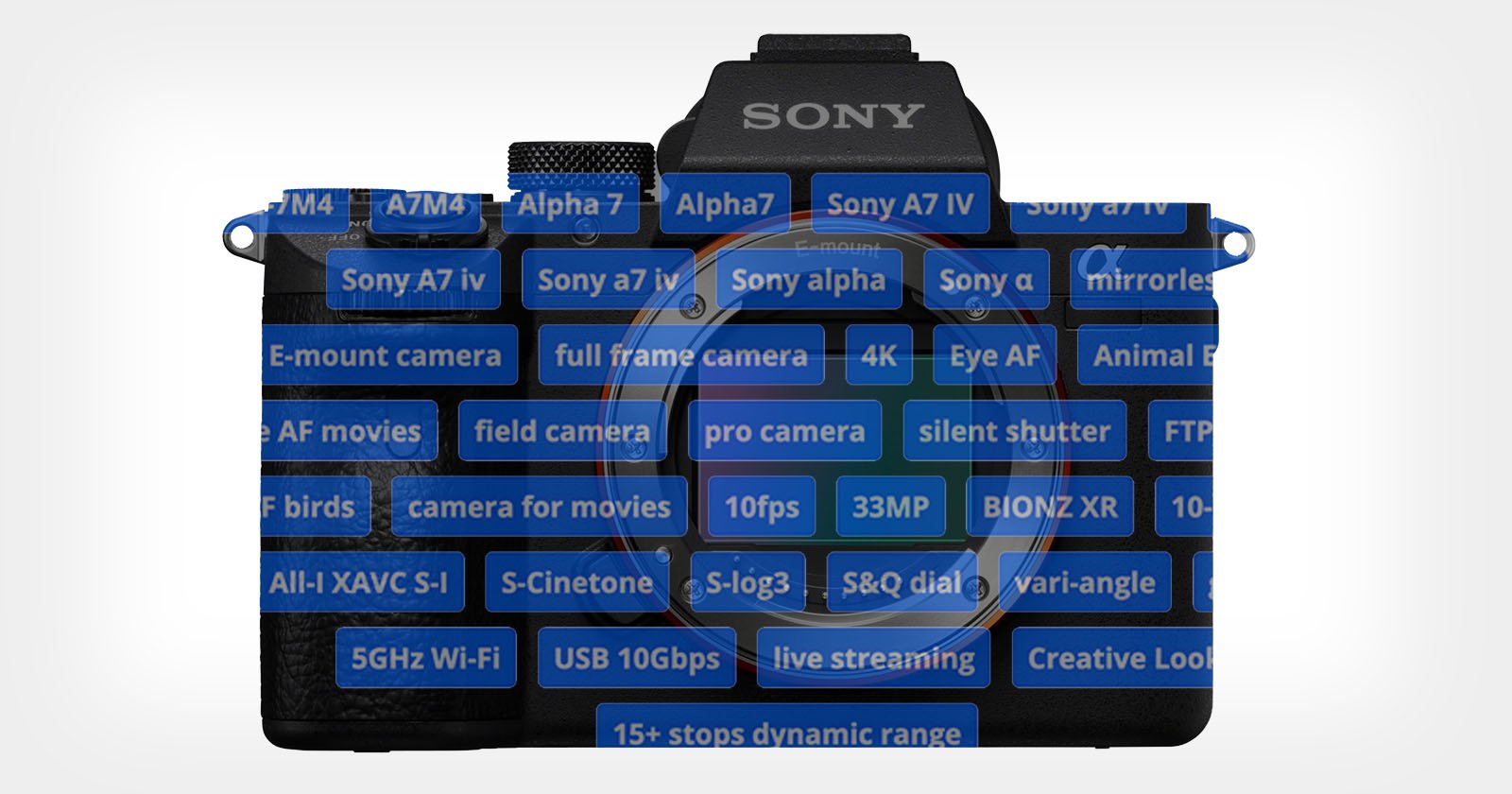 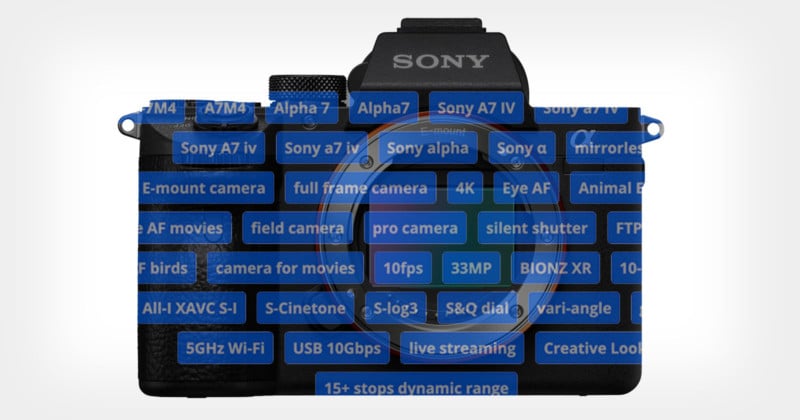 Sony, along with pretty much every manufacturer in the imaging space, is known to be quite secretive about products that have yet to be officially announced. But the company may have just leaked the a7 IV mirrorless camera’s main specs through public YouTube keywords.

Sony published an official teaser to its YouTube channel and to online retailers today. It states that a new Alpha camera is coming and that there will be an announcement on October 21st.

sonyalpharumors reports that shortly after the teaser went live, its readers noticed that it is tagged with keywords that seem to be the camera’s major specifications.

The teaser itself doesn’t mention any specific camera name, but “Sony a7 IV” appears in the keywords in several forms: LCE-7M4, A7M4, Alpha 7, Alpha7, Sony A7 IV, Sony a7 IV, Sony α7 IV, Sony A7 iv, and Sony a7 iv. It seems Sony wanted to make sure all its capitalization bases were covered.

If the specs that follow in the keywords are accurate, then here’s what they reveal about the a7 IV:

It’ll be a full-frame E-mount camera with a 33-megapixel sensor backed by a BIONZ XR image processor (first introduced in the Sony a7S III in 2020). The camera will boast 15+ stops of dynamic range and 4K/60p video recording.

It’ll offer Eye AF, which uses AI-based object recognition to detect and track eyes for improved focusing accuracy and speed. In addition to humans, the feature will also work for birds and other animals.

The teased announcement event is just a few days away now, so stay tuned for a full official unveiling of the Sony a7 IV (or whatever the new camera is called).