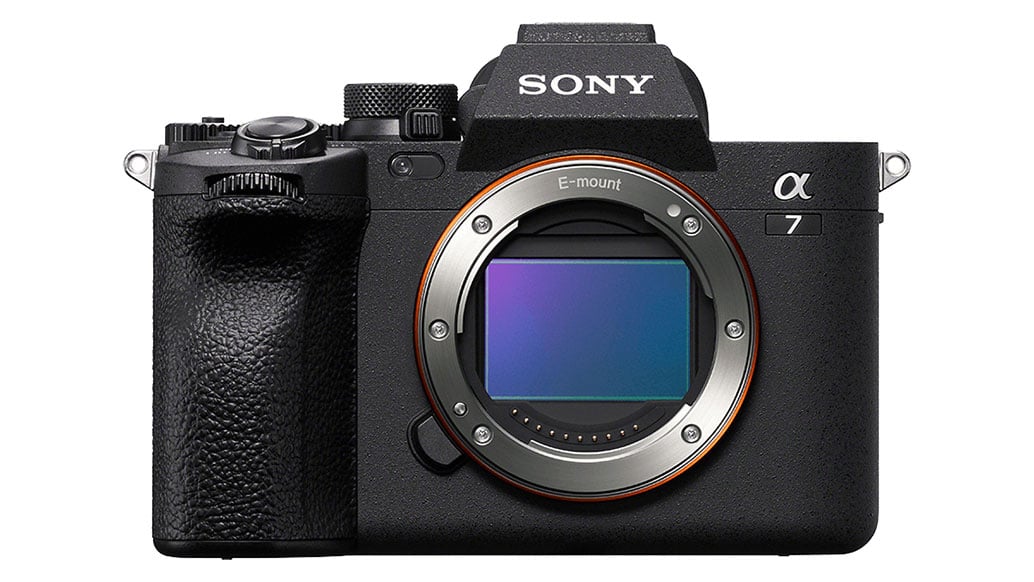 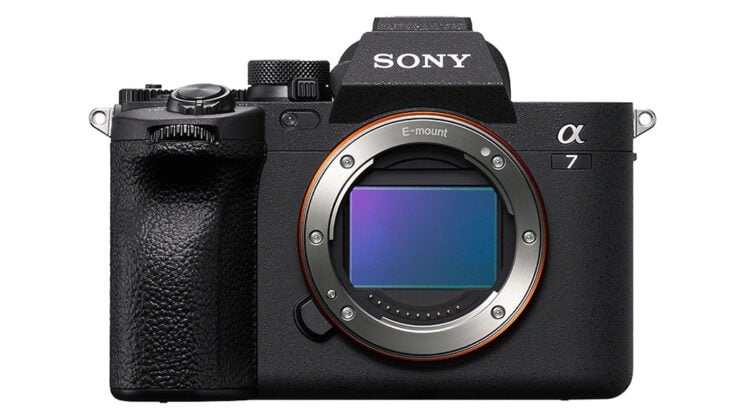 Sony has now officially announced the new Sony A7 IV. It features a 33-megapixel (not stacked) BSI CMOS sensor with their latest generation BIONZ XR image processing engine. It includes a number of new features not found in other bodies as well as inheriting some advanced features from its big brothers the A7S III and the Alpha 1.

It gets a flippy out LCD, 10-Bit 4:2:2 All-I, real-time Eye AF, “Active Mode” image stabilisation, post-shoot image stabilisation, live streaming via USB with multiple resolution options all the way up to 4K, 10Gbps USB 3.2 Gen 2, continuous shooting at up to 10fps with either the mechanical or electronic shutter, a huge 828 shot RAW+JPG stills buffer and it can even compensate for focus breathing.

The Sony A7 III has been a very popular camera. Its feature set vs its price at the time of its initial release was far above and beyond anything the competition offered at the time. Sony seems to have really stepped up with its next-generation A7 camera to deliver a feature set that you wouldn’t really expect to find in a “standard” model camera.

For stills shooters, we get the new 33-megapixel BSI CMOS sensor with the latest generation BIONZ XR processor. Sony says this combo improves colour reproduction accuracy with low noise, despite the high resolution. You also get 15 stops of dynamic range, 5.5 stops of 5-axis in-body image stabilisation and a huge buffer that allows continuous shooting for up to 828 RAW+JPG images – if you’re using a CFexpress Type A card. 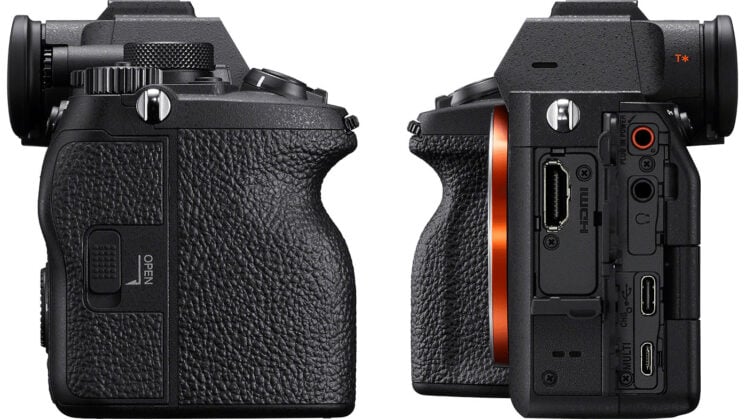 And speaking of the cards, interestingly, Sony went with a single dual-format CFexpress Type A & UHS-II SD card slot. There is a second slot, but that one is only capable of taking UHS-II SD cards. Sony didn’t mention what the buffer size is if you’re using UHS-II SD cards, or if the CFexpress card gets slowed down by having a UHS-II SD card in the second slot. But UHS-II isn’t exactly sluggish, and when are you going to jam your shutter down for 828 photos? Even at 10fps, that’s going to take almost a minute and a half to fill.

The autofocus system contains 759 phase-detection AF points with 94% sensor coverage and offers improved AF-S speed as well as offering low-light autofocus down to -4EV (essentially, at night under a gibbous moon). The A7 IV receives the Real-time Eye AF for humans, animals and birds as well as “more tenacious real-time tracking” in general. For flash shooters, you’ll get flash support up to the full 10 frames per second and you’ll even get TTL pre-flash on all of those 10 frames per second, too – if you’re the type that uses TTL – and you’ll get it both on the hotshoe as well as off-camera. 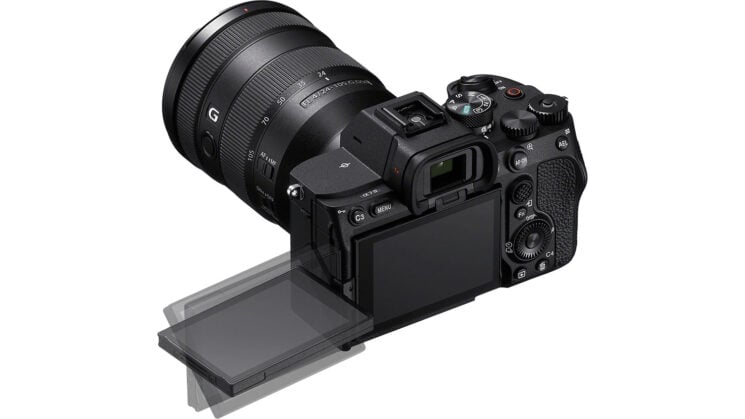 When it comes to video, there is a whole slew of improvements over the A7 III. For a start, you get 10-Bit 4:2:2 with intra-frame encoding. You can shoot 4K60fps in Super 35 mode (APS-C crop, basically) without pixel binning or 4K30 with 7K oversampling from the entire sensor readout without pixel binning. S-Cinetone and Creative Look allows for minimal post-processing and you get S-Log3 with 15+ stops of dynamic range.

The autofocus with video comes with a 7-step AF transition speed and 5-step AF subject shift sensitivity. You get to keep that real-time Eye AF for people, animals and birds, touch tracking, AF assist and a depth-of-field visualisation with a focus map that just looks absolutely amazing. It shows you exactly what parts of your shot are in focus, highlighting what’s behind or in front of your plane of focus, letting you nail both focus distance and depth of field for every single shot. 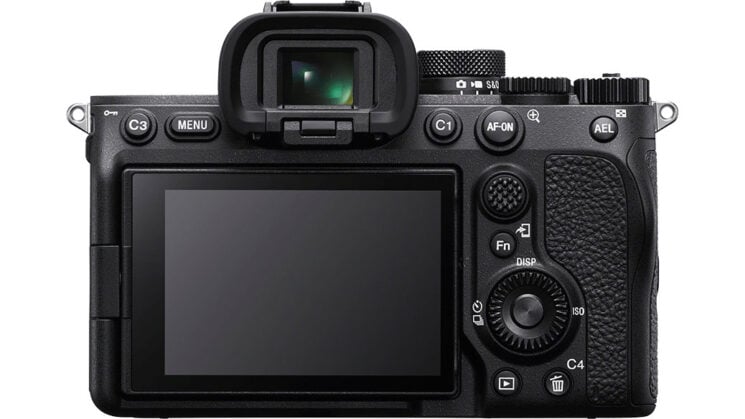 But one of the standout features, that doesn’t even exist on the A7S III or the A1 is Focus Breathing Compensation. This looks like a pretty spectacular feature that automatically zooms the image as you rack focus in order to keep the image the same size in the frame as you switch from one subject to another. Although it does have its limitations. For a start, you can only use it with Sony’s lenses, and only some of Sony’s lenses and only under certain conditions with some of them. 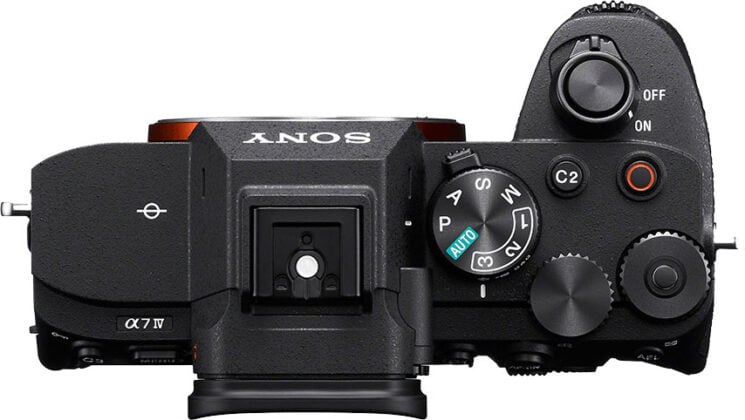 It’s an impressive looking offering from Sony and hopefully, it won’t suffer from the shutter issues that seem to have plagued the A7 III. If I hadn’t already bought into Panasonic last year, I’d really be tempted to go the Sony route right now (much to the satisfaction of many photographers I know who’ve been bugging me to do exactly that for years).

If you’re interested in the Sony A7 IV, though, the price will be $2,499 body-only and pre-orders are expected to open up in the next 24 hours or so with shipping expected at the end of December 2020.

Godox’s third generation of “Quicker” QTIII series strobes bring LED modelling light and more efficient bulb design
Questmas is back and better than ever
How to Take Better Photos of Trees and Forests
Back to work: The shifting visual of the “modern office” within commercial Licensing
Steve McCurry’s Afghan Girl given sanctuary in Italy following Taliban takeover