According to research, yoga can ease back pain, promote heart health, boost energy, and even help us manage our mental health. It’s no wonder, then, that many of us turned to yoga during the pandemic as a way to cope with stress, with popular instructors like Arundhati Baitmangalkar, Rina Deshpande, and Jessamyn Stanley providing inspiration to thousands of people as they navigated the uncertainty of lockdowns. 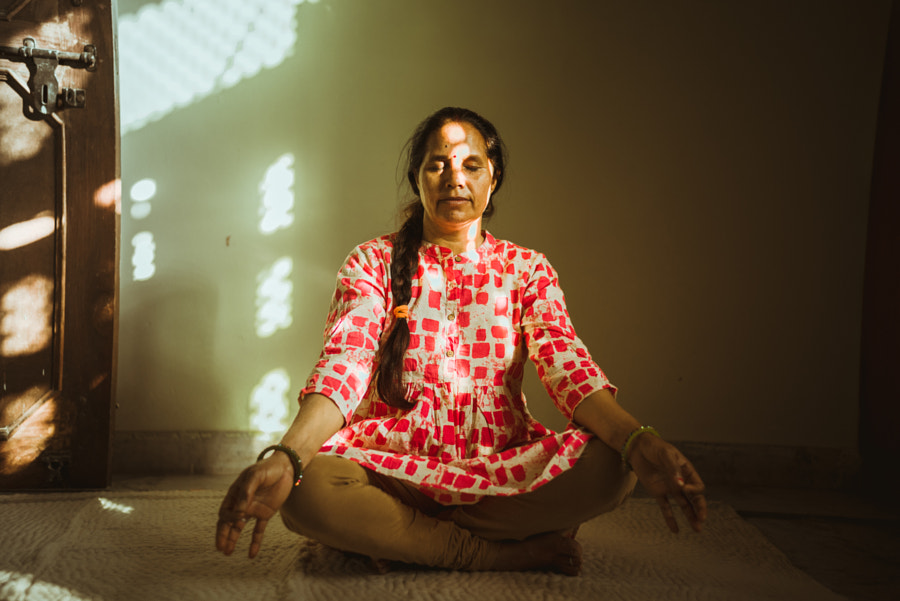 As interest in topics relating to self-care, mindfulness, and wellness has grown, yoga has become a mainstay in the world of lifestyle photography. Getty Images has been tracing the emergence of yoga on their platform since it first became popular in the early 2000s, and it’s shown no signs of slowing down. In 2018, in fact, the most popular image of women for the year was a portrait of senior women taking a yoga class together.

Today, “yoga” is the 36th most-searched-for term on Getty Images—out of one million. In April of last year, searches for “yoga at home” grew by a whopping 1160%. This year, Getty Images collaborated with the UK photographer Gary Burchell to create a yoga-themed shoot, while tapping into uplifting concepts like community, togetherness, and inclusion.

As with any subject that’s been widely photographed, it can be difficult to know how to incorporate yoga into your portfolio while also keeping your images relatable and fresh. Here are four simple tips to help you get started. 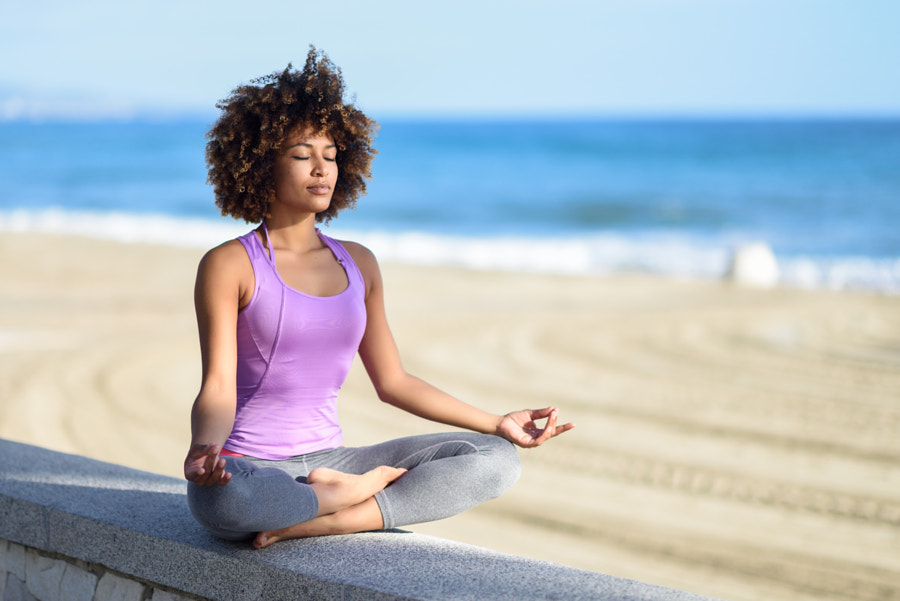 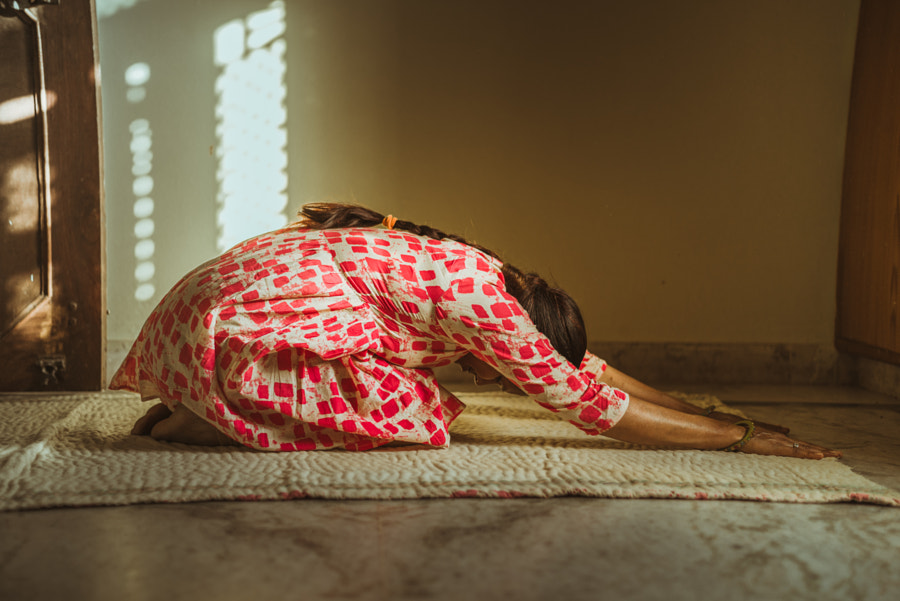 An important note on the history of yoga

Yoga is a spiritual practice that was created in India thousands of years ago. But due to cultural appropriation, much of that history has been overlooked. This year, as the popularity of yoga surged during the pandemic, white influencers dominated YouTube searches, even as South Asian instructors worked to bring yoga back to its origins and carve out a more inclusive space in the field. Cultural appropriation, exclusion, and misleading depictions continue to be serious issues in this industry.

For that reason, it’s imperative that those in media—including photographers—dedicate the time to learning the history of yoga and recognizing the people who created it. When photographing yoga, do your research. Yoga isn’t merely a “new age trend”; it is an ancient practice. Listen to BIPOC industry leaders, and collaborate with instructors who understand yoga and its roots. This takes time, but, in championing their voices, you treat the subject of yoga with the reverence and respect it deserves. 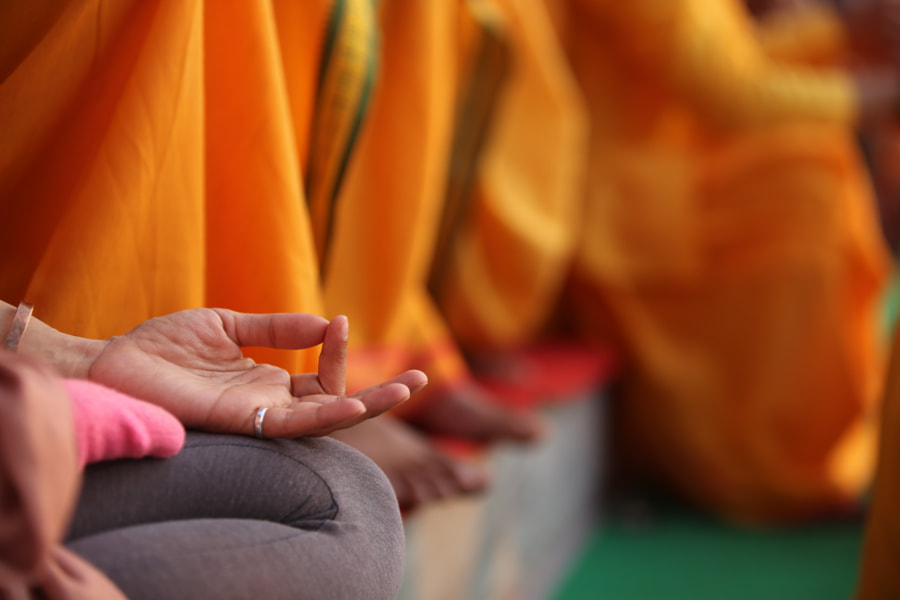 In 2016, a survey from Yoga Alliance and Yoga Journal revealed that the number of Americans doing yoga had increased by over 50% over a span of just four years. But it delivered another striking finding as well: while more than a third of Americans reported being very likely to try yoga within the following year, the most common reason people didn’t try yoga was that they perceived it as exclusive.

In the past, commercial yoga photography has, unfortunately, contributed to a harmful sense of exclusivity. Jasmine Bacon, the creator of OM & Essence, an app that connects Black women with Black yoga instructors, calls it the “glossy Instagram treatment.” Yoga is for everyone, and it was built by South Asian people, but in recent years, yoga-related images have overwhelmingly featured rich, thin, white people, usually women. They’re on the covers of almost all the magazines, and they feature prominently in advertising.

For that reason, it’s important for commercial photographers to reflect the diversity of yoga, championing people of all ethnicities, abilities, genders, and body types. Include seniors as well as youngsters. This is where an understanding of yoga’s origins and collaboration with the BIPOC leading the way becomes essential. 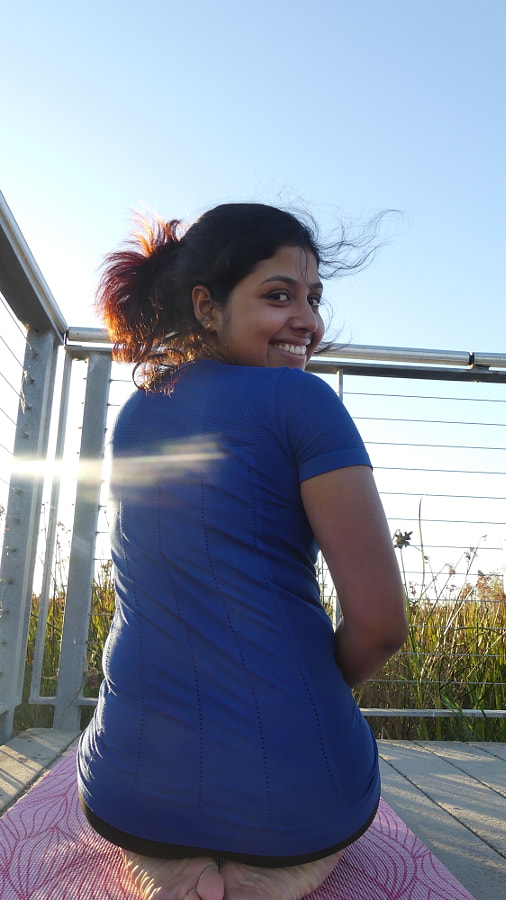 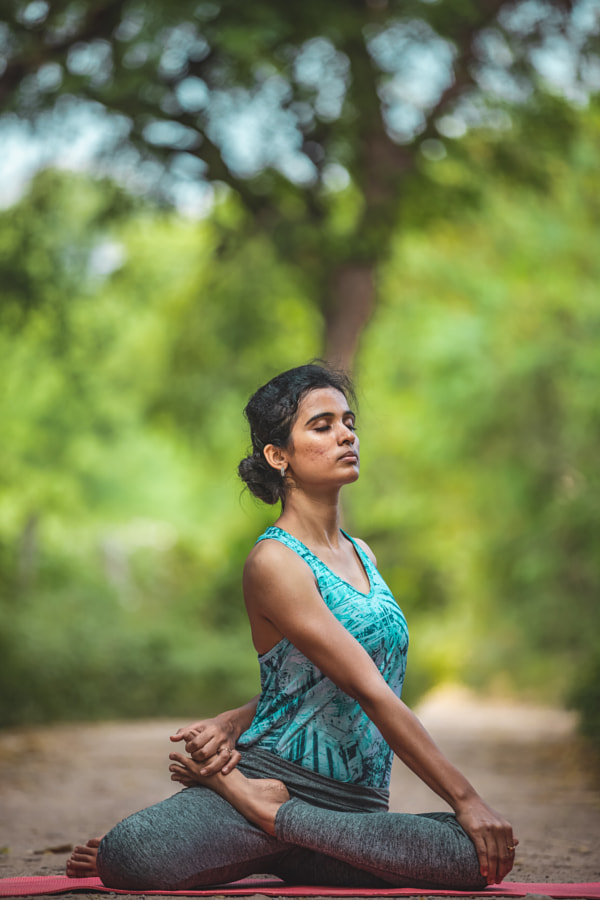 Tip #2: Think beyond the gym

You don’t need a fancy gym membership or expensive workout classes to enjoy yoga. In fact, several leaders in the field have been outspoken lately about the fact that so many people now emphasize looking good over feeling good—pulling focus from the spiritual, mental, and social aspects of yoga.

While many people do practice yoga at gyms, others do not, so think beyond the typical studio setting. That 2016 survey by Yoga Alliance and Yoga Journal, mentioned above, found that 81% of practitioners in the US had practiced outside of the studio in the previous year. People can practice yoga in any number of places besides gyms or luxury beach retreats, including their homes, parks (ideal for social distancing), offices, community centers, or temples, so consider ways to capture the true diversity of locations where yoga takes place.

Luckily, several studios in the US are making strides toward making sure yoga is accessible for all, whether it’s through pay-what-you-can classes or lending out mats and other gear—which brings us to our next tip. 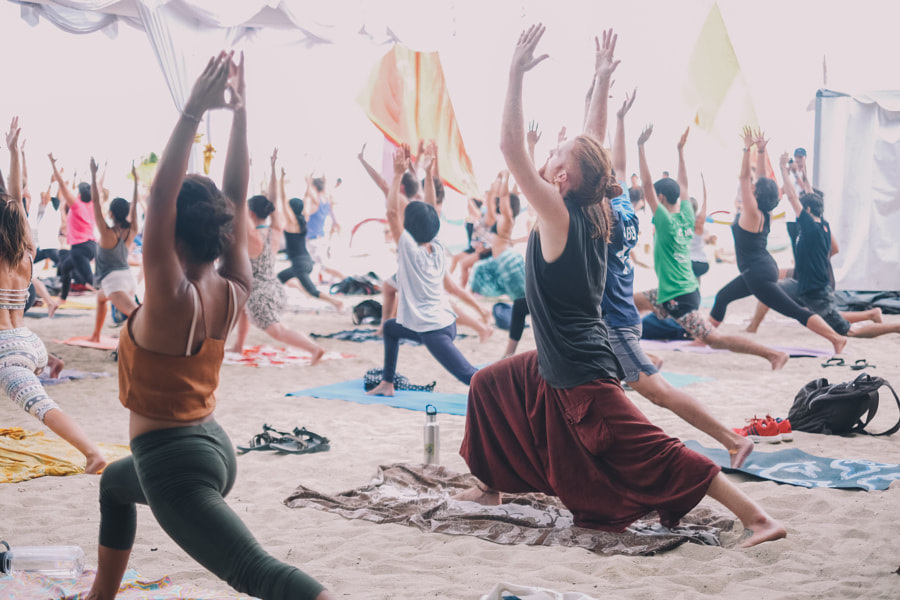 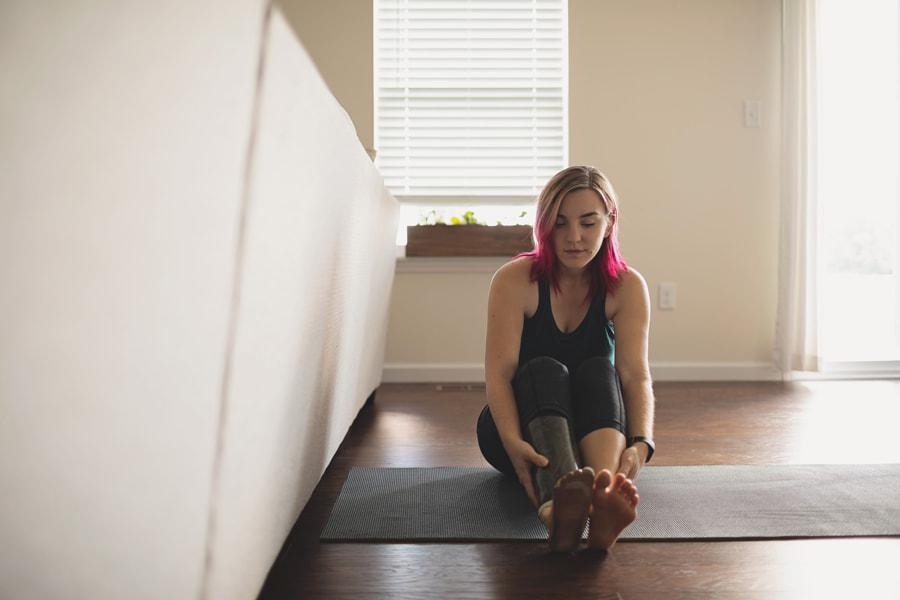 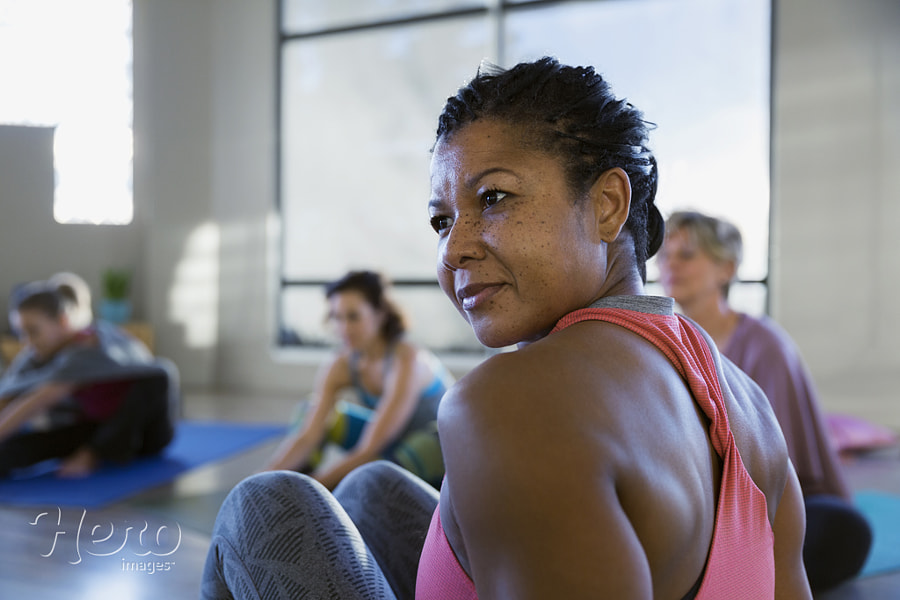 Like expensive yoga studios, high-end workout gear sometimes plays a role in making yoga feel inaccessible or elitist. While we might see $100 leggings all over sponsored posts on social media, the truth is that those tight “yoga pants” are a relatively new invention. According to scholars, people in ancient India wore loose-fitting pants (the dhoti). Natural materials were preferred, as was clothing that wasn’t constricting. Many people continue to practice yoga in their normal, everyday clothes, including sarees.

For photoshoots, simple, comfy clothing works best. Another reason to avoid designer labels is that they often have trademarked design elements and logos that make them unsuitable for commercial Licensing. During the pandemic, people used whatever they had at home, from rolled-up towels to sweatpants and breathable T-shirts, following a video online or attending Zoom classes.

Many also did yoga with their kids, finding time to practice in between work and other responsibilities. We recommend asking your models what they usually wear when they do yoga. From there, you can offer suggestions about what might work, while also keeping their everyday style and comfort in mind. By staying true to your model and their practice, you’ll capture images that feel relatable and real. 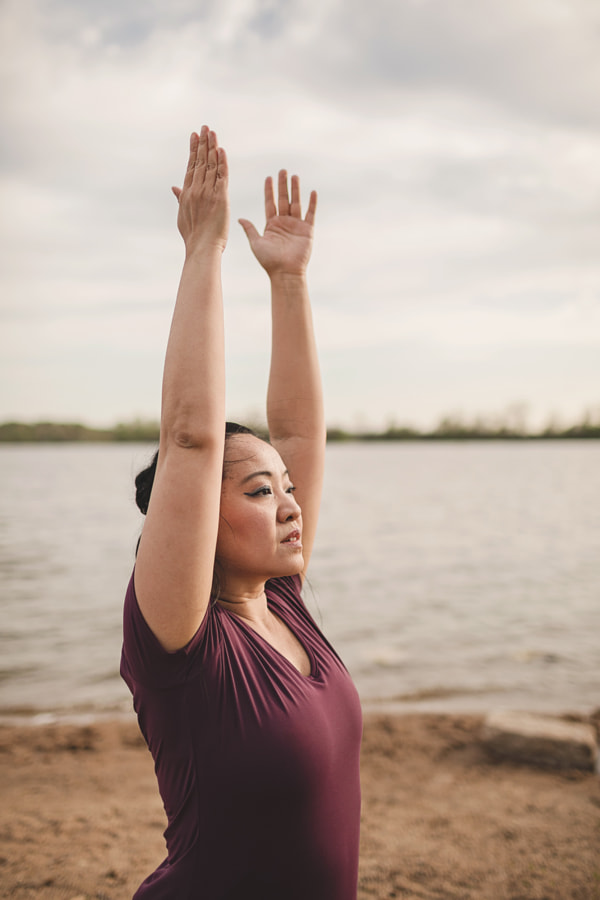 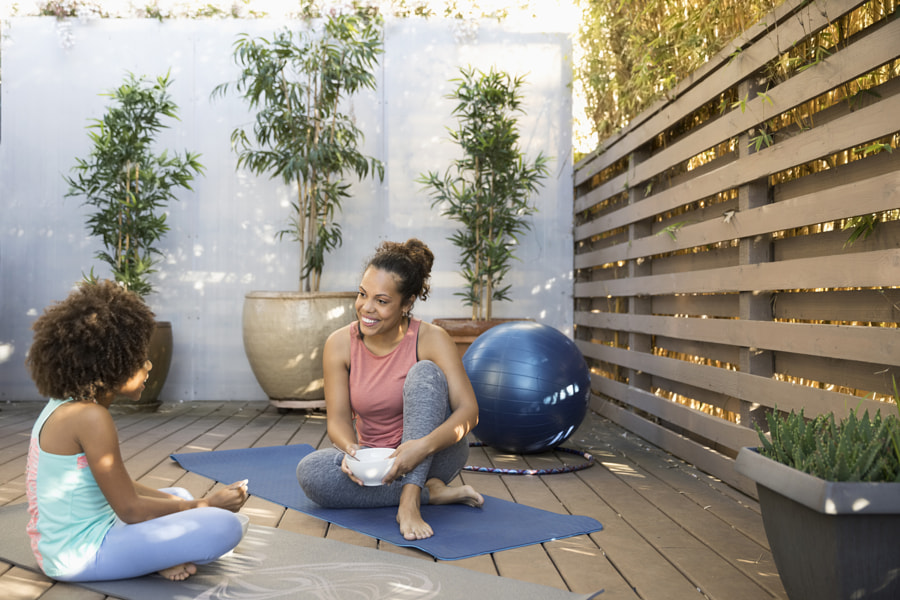 In commercial photography, yoga photos sometimes follow a formula: wide shots of asana, captured at eye level. It can help to mix it up with your models, moving around them to find different framing options and vantage points. Get low so you can photograph from below, highlighting your model’s strength.

Shoot in landscape and portrait orientation for more variety. Get close to catch the details, or shoot over a model’s shoulder to capture their perspective during a class. To avoid stiff or rigid depictions, have your model go through their practice as they would every day, documenting moments of rest in between poses. 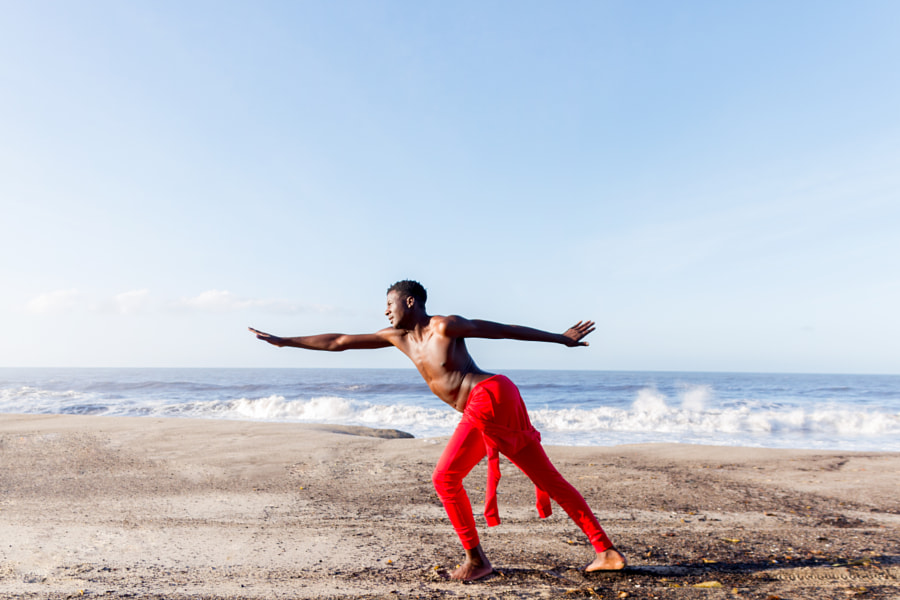 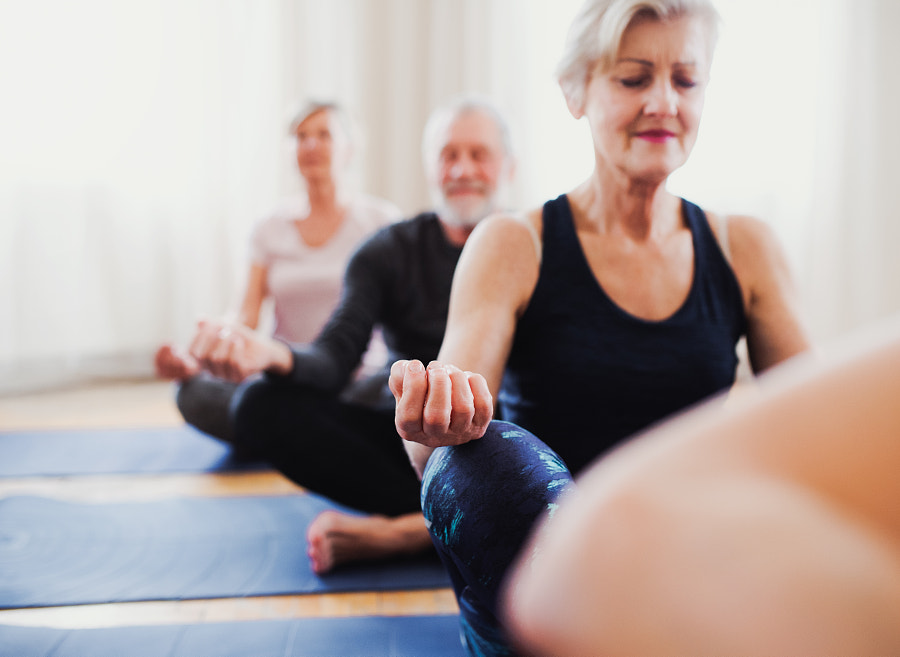 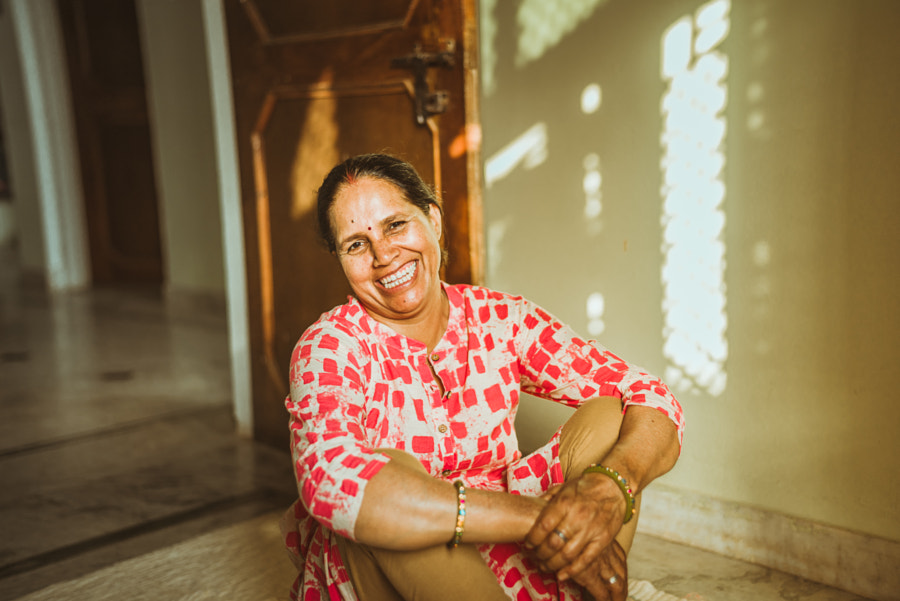 One thing to keep in mind when it comes to composition is negative space, which can help emphasize the most important part of your photo: the person practicing yoga. Including plenty of breathing room around your subject can also provide image-buyers with “copy space” where they can add their own messaging, offering more flexibility.

Copy space also has the benefit of making your photos more croppable so they can be used in a variety of formats. When shooting in portrait orientation, you can include negative space to the left or right; in landscape orientation, add it above or below your model.

Some ways to introduce negative space into your composition might include scouting your location for a clean background, framing your subject against the sky, or using a shallow depth of field to create a pretty background blur. Consult your model when choosing locations to find a place that looks great on camera where they feel comfortable and relaxed. Approach them as creative collaborators, and they’ll reward you with authentic, vibrant images.