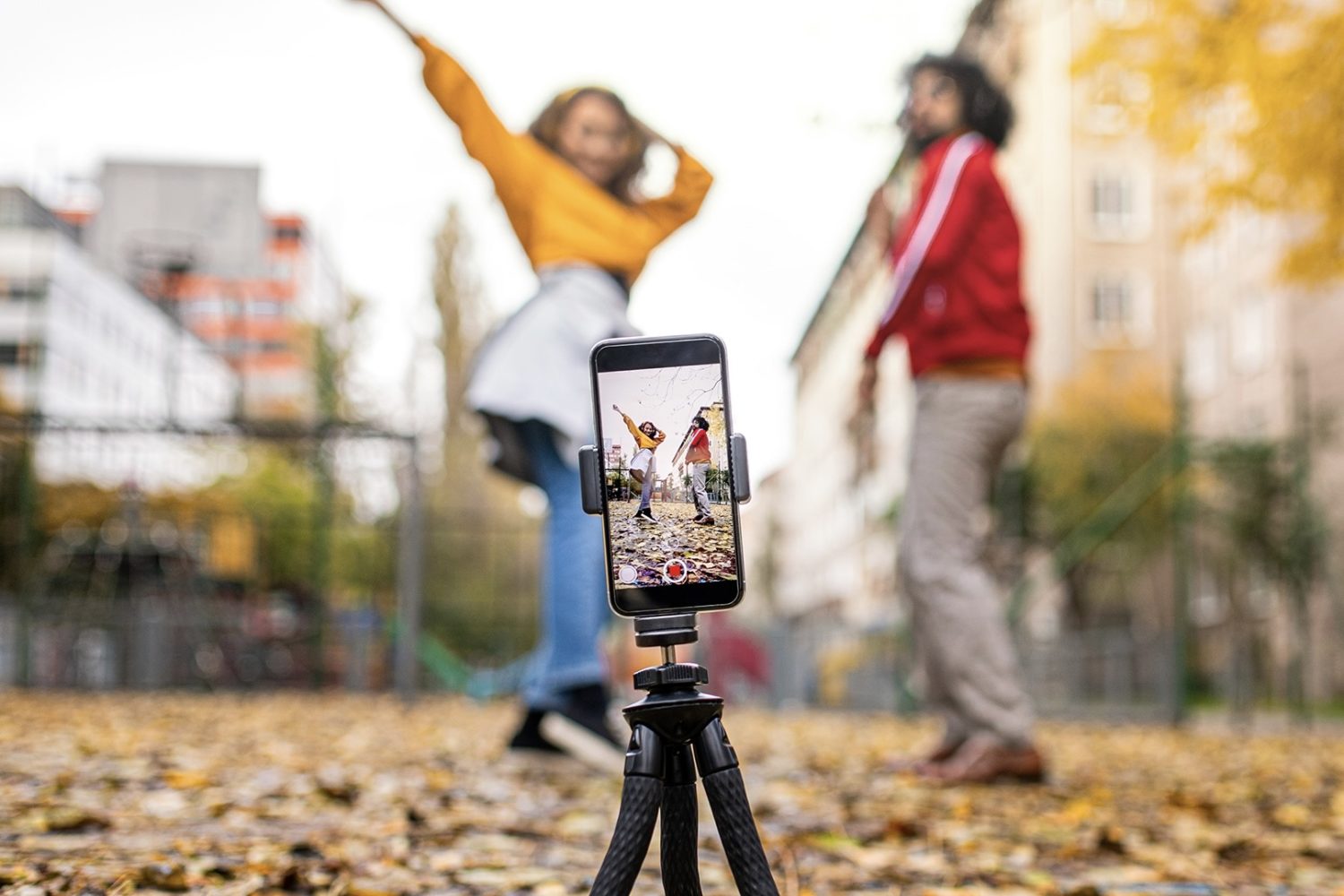 During the first wave of the pandemic, social media engagement increased by 61% when compared to normal usage rates, according to research by Kantar. The average American spent 82 minutes a day on social media in 2020, up seven minutes from the previous year, while visits to TikTok soared by almost 600%.

From Instagram to Twitter, social media has transformed the way we work and socialize, and visualizing these changes has become increasingly important in advertising and visual communications. Heading into the next year, commercial photography that illustrates the social media experience, from posting to scrolling and beyond, will continue to resonate with brands and consumers alike. Here are four themes to keep in mind when shooting for your Licensing portfolio going forward. 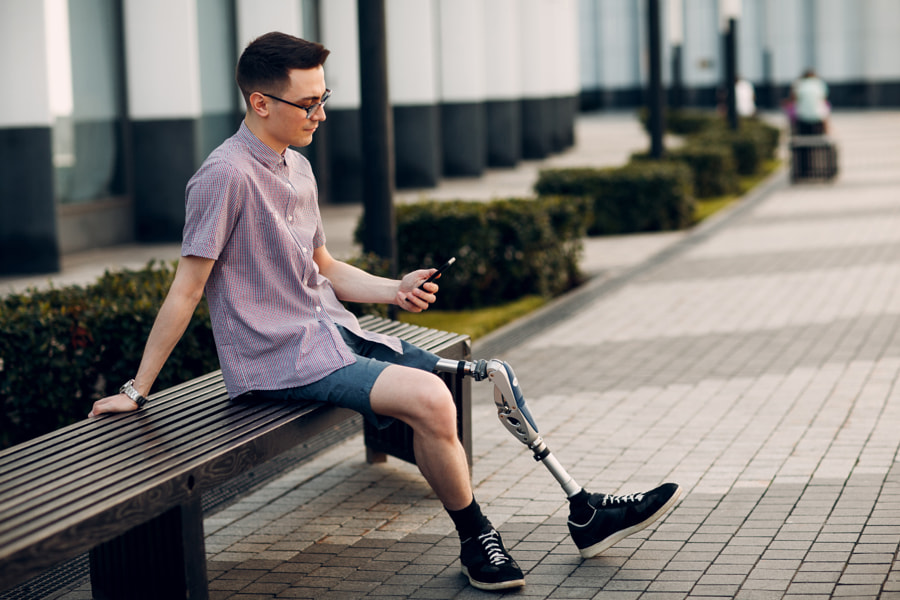 A note on intellectual property

When working with any kind of technology, it’s important to beware of copyrighted material or branding. Intellectual property protections apply to logos (apps, devices, etc.) as well as specific designs, including buttons and charging ports on mobile phones, cameras, and computers. Keep your props generic, or edit out any problem areas in post-production. 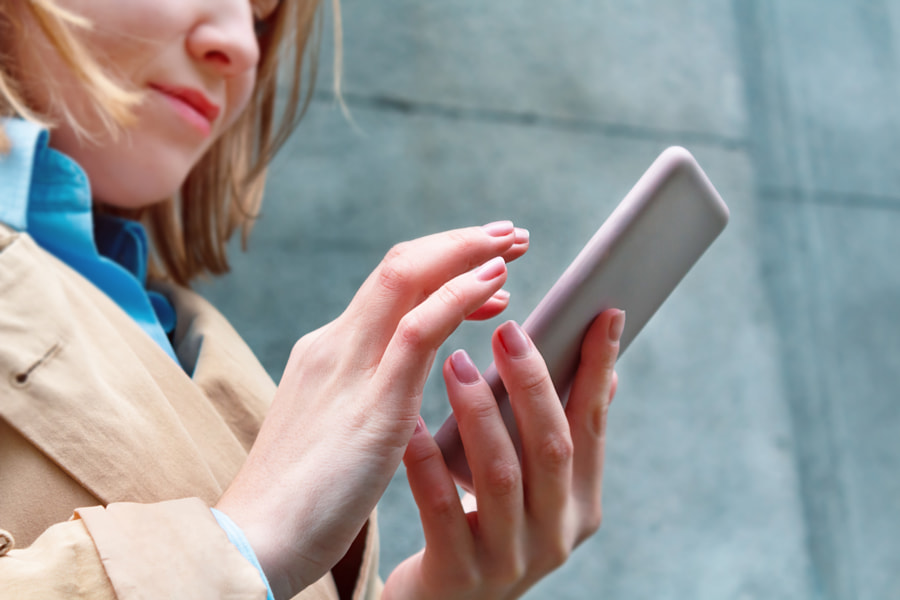 When discussing commercial photography, we use the term “micro-moments” to describe candid, everyday scenes that make up our daily routines, from pouring coffee in the morning to tucking the kids in for bed. These slice-of-life photos resonate because they’re relatable and genuine, not fake or forced, and we can apply that same idea to social media-themed photoshoots.

According to a 2016 survey from Deloitte, 62% of US consumers look at their phones for the first time within fifteen minutes of waking up, with 54% doing the same within fifteen minutes of preparing to fall asleep. Many of us turn to social media throughout the day during “in-between” moments; maybe we scroll through the news while waiting for an appointment, or perhaps we check our favorite accounts before getting ready for bed.

Of course, our use of social media also shifted during the pandemic. In fact, this March, research from Motel 6 revealed that, amid a year of Covid-related closures and restrictions, the average American spent 176 hours scrolling through social media for travel inspiration. These kinds of ordinary moments are easily overlooked, but they can help tell a larger story about the role of social media in our daily lives. 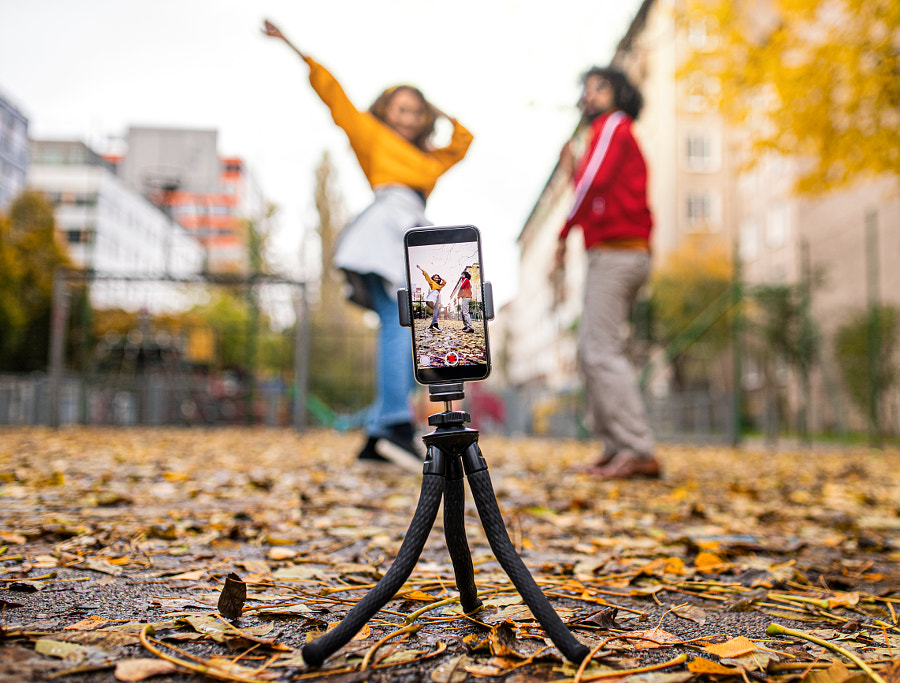 In 2019, a report from Morning Consult revealed that 72% of Millennials and Gen Zers follow at least some influencers, with 88% saying they learn about products they’re interested in buying on social media. What’s more, 54% of young Americans said they would become an influencer if given the opportunity, and 86% said they’re willing to post sponsored content for money. 32% of 22- to 26-year-olds said they knew an influencer personally.

Influencers are entrepreneurs, whether they represent a one-person business or a full staff and production studio. This year, SAG-AFTRA, Hollywood’s top union, expanded coverage and membership to include content creators—a testament to the evolving role of influencers in today’s culture. Business-themed stock photography often takes place in an office or conference room, but in 2021, it can just as easily be set in a coffee shop, local park, or home studio. 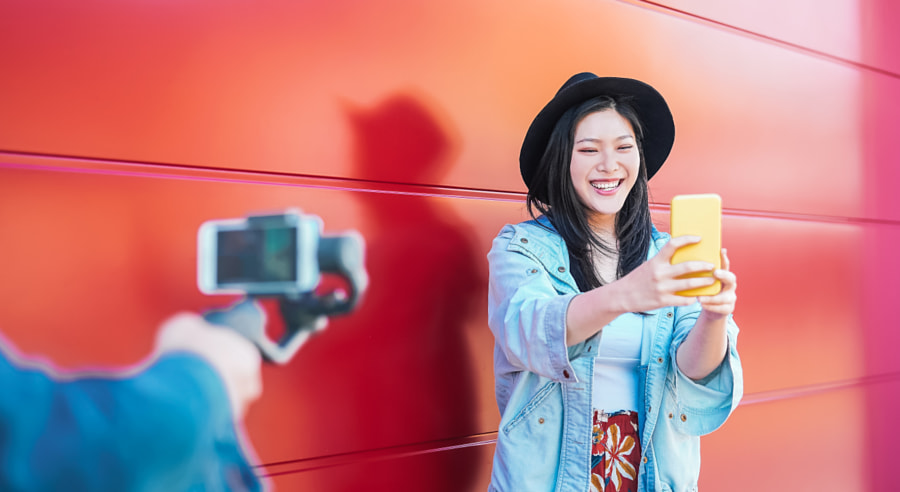 “People of all ages work hard to build social media presences: seniors sharing how-to knowledge by recording vlogs, teens recording dances for TikTok, experts doing product reviews, gamers streaming themselves while they play, and so on,” the 500px team explains. Shadow a content creator (or model yourself), and remember to show us the behind-the-scenes process, from setting up ring lights, phones, and cameras, to editing the final cut and uploading it to their social channels.

Social media isn’t just for influencers and news stories, as many of us also use it as an educational tool. In 2018, in fact, research by Pearson and The Harris Poll found that 59% of Gen Zers named YouTube as their number one preferred learning method, with 55% saying YouTube had contributed to their education. While Millennials were more likely to prefer traditional textbooks to supplement their education, 45% from this generation agreed that they like to take as many online classes as possible.

In 2020, the pandemic transformed the way we learn. In March of last year, just as lockdowns began, LinkedIn Learning saw a 46% increase by enterprise learners in time spent learning from February, totaling an additional 750,000 hours. Furthermore, they observed a 346% jump in the number of course recommendations made by admins to employees, and there was a 131% increase in users joining LinkedIn Learning Groups. 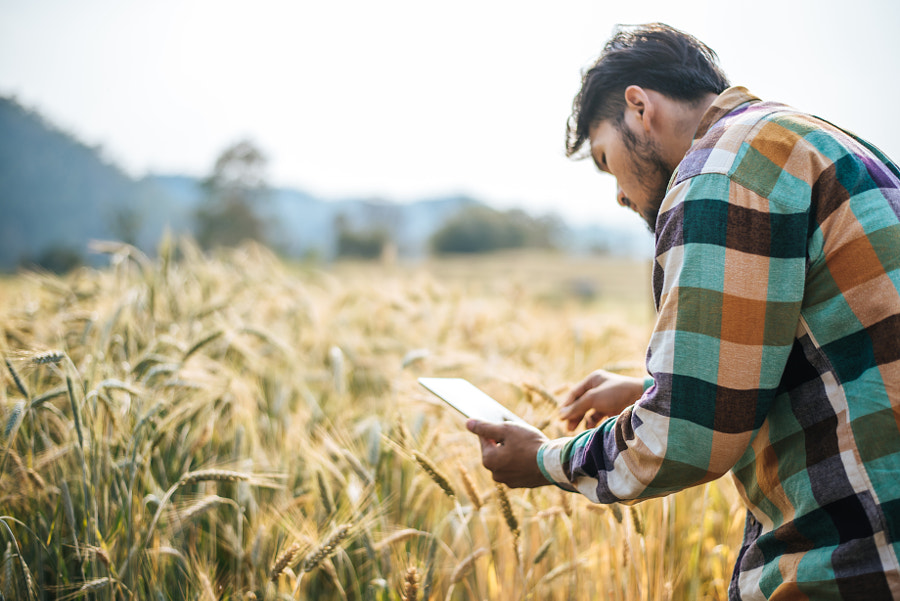 From sourdough baking to rug making, many of us turned to social media in the last year to learn new skills. Whether you were looking up how to repair broken items, following along in the kitchen while whipping up a challenging recipe, or simply learning how to change your car’s oil filter, YouTube often provided an answer, so consider these daily tasks when brainstorming your shoots.

The conversation around social media and mental health has been brewing for years, but it became especially urgent during the pandemic. While there’s still a lot we don’t know about the subject, existing research does indicate that there is a link between frequent social media use and higher rates of depression and anxiety. In some cases, people who reduced their use of social media reported mood improvements and decreased loneliness.

From FOMO (fear of missing out) to unrealistic comparisons (of our bodies, our lives, our relationships) and the constant search for validation, the potentially harmful effects of heavy social media use warrant careful consideration. And there are ways to visualize and explore these realities photographically, whether you’re documenting your own authentic experiences or creating abstract, conceptual images that speak to the larger issue. 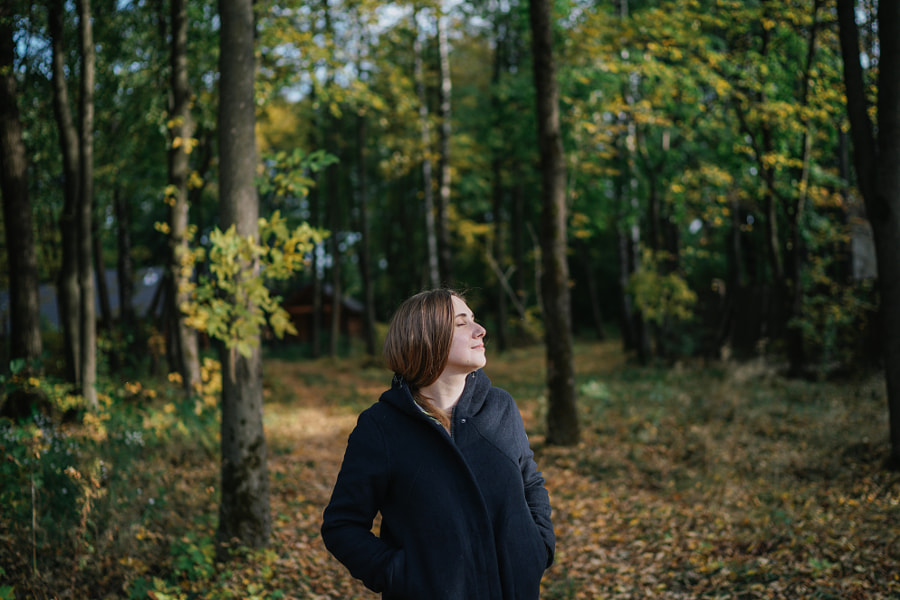 Another way to weigh in on the discussion surrounding mental well-being is to photograph people practicing self-care or “unplugging” from technology. Last year, research from Getty Images revealed that Gen Zers and Millennials are almost three times more likely than older generations to say that spending time on social media often makes them feel that their lives aren’t as great as others. And during the pandemic, customer searches for “digital detox” boomed.

In conclusion, social media is a part of our routines—often, an essential one—but at the same time, it’s also worth considering how we can take care of our mental health, even as we engage more online.

You can now shoot true RAW video with your smartphone thanks to open source app MotionCam
Questmas is back and better than ever
Back to work: The shifting visual of the “modern office” within commercial Licensing
Godox’s third generation of “Quicker” QTIII series strobes bring LED modelling light and more efficient bulb design
Steve McCurry’s Afghan Girl given sanctuary in Italy following Taliban takeover