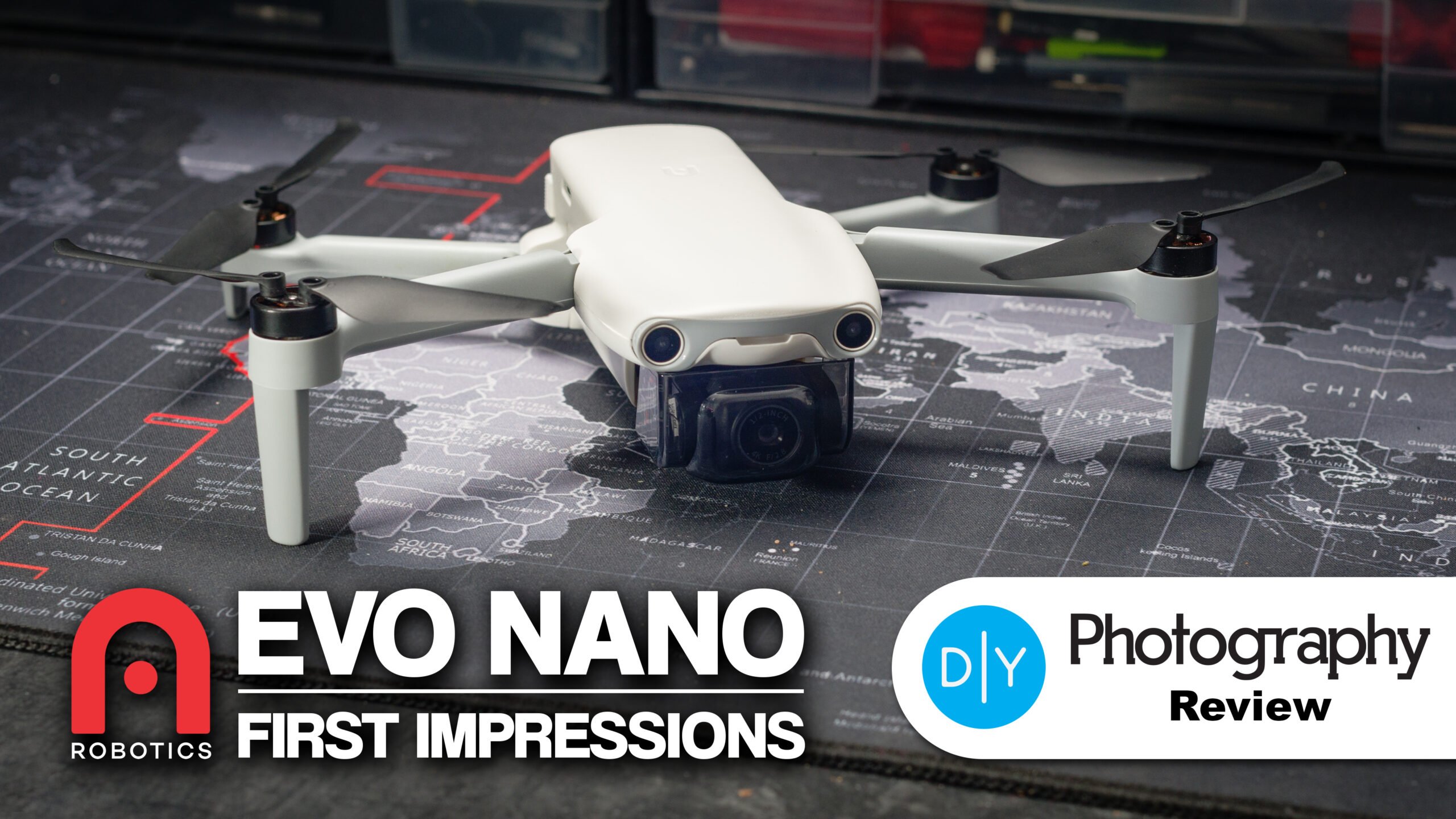 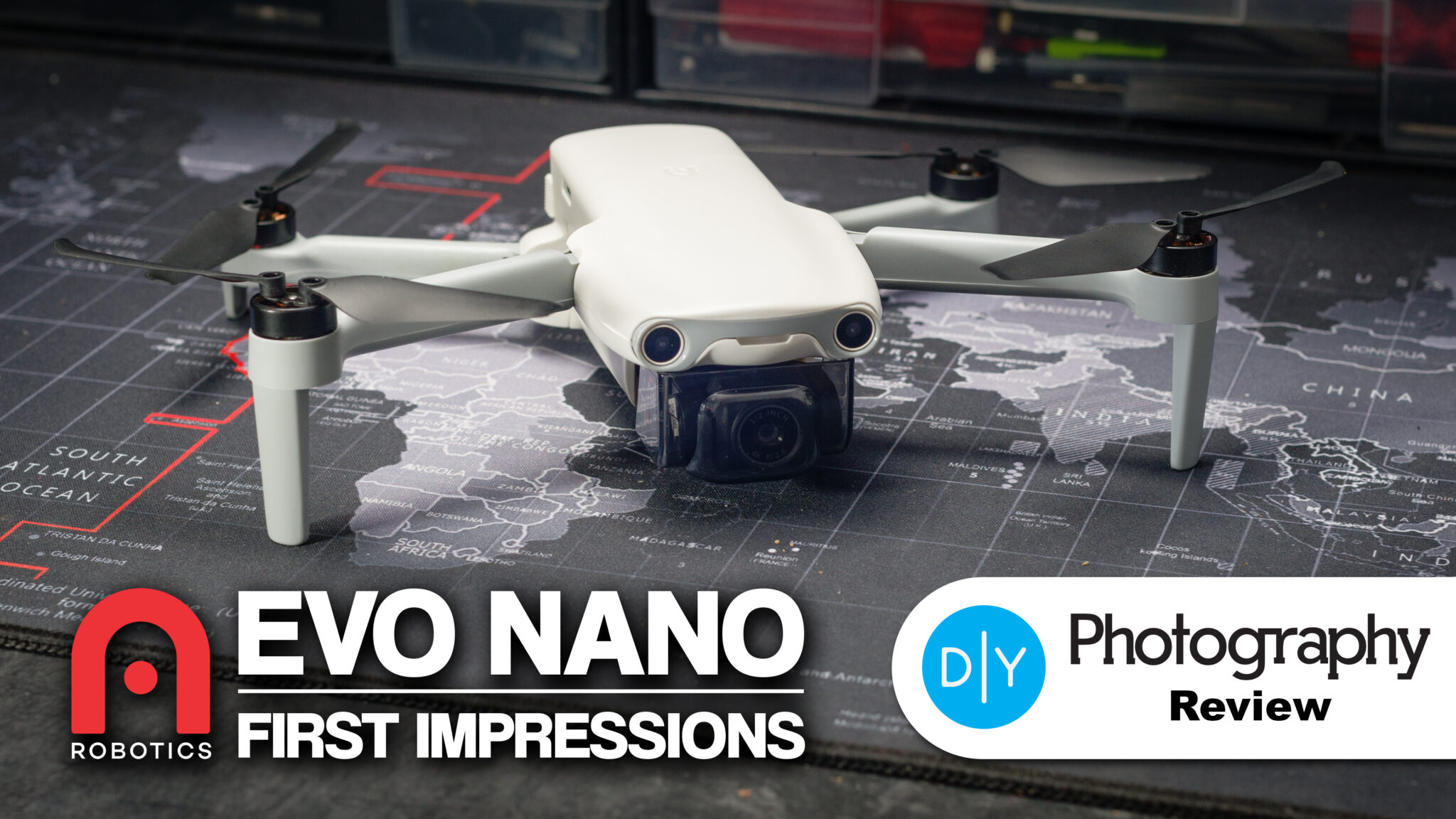 The Autel Evo Nano is one of several new recently announced drones from Autel which also includes the Evo Nano+, the Evo Lite and the Evo Lite+. We’ve recently received a pre-production Autel Evo Nano here at DIYP, so here’s what’s included in the Autel Evo Nano Premium Bundle kit and some of our early thoughts on flying the drone along with some sample footage so you can see what kind of quality you can expect.

The TL;DR version, though, is that this seems to be a pretty awesome little drone. Falling under 250g, it escapes many of the larger drone regulations around the world. It flies great and offers some impressive wind resistance performance. Once the firmware is complete with all of the promised features, this one’ll seriously give DJI a run for its money.

Note: If you want to skip ahead and just look at the flight footage, go to 9:17 in the video above.

The Autel Evo Nano is technically a competitor to the DJI Mini 2 and the Hubsan Zino Mini SE, although it’s also sort of not. While it falls into the same weight category, it’s aimed more towards serious photographers and filmmakers who want a tiny drone and demand more advanced features. Features like obstacle avoidance – which neither of the other drones mentioned possess!

That’s probably the biggest selling point of the Autel Evo Nano. It has front, rear and underside collision avoidance sensors. These also act as active sensors while flying to let you know right on your smartphone display when you’re getting to close to something in front, behind or below you. And it works really well, too, actively preventing you from flying forward or backwards if it detects that something is in the way.

In order to get the most speed out of the drone, though, you do have to kick it up into Sport mode and disable the collision avoidance sensors. After all, even if the sensors were enabled, at 30mph, stopping quickly enough would be tricky. With the collision avoidance sensors turned on, I managed to get up to about 20mph. Once they were disabled, I got up to just over 27mph, but there were some pretty strong winds. In ideal conditions under no wind, Autel says it should hit 15m/sec, which is around 33mph.

You can see from the screenshot further up demonstrating the forward and rear sensors when they detect something that subject tracking is available on this drone – which you need for the automated flight modes like Rocket, Fade Away, Orbit or Flick. You can even have it follow a subject. Right now, it does seem to be struggling a little in the situations I’ve tried it. It does do quite well for the most part, but it does occasionally lose its subject. Hopefully, this will improve as new firmware updates are released.

There are a couple of other features that don’t quite work as intended – remember, this is a pre-production unit – like the lack of manual exposure control, no access to the full 48-megapixel resolution yet and no 24fps shooting for video, but Autel has assured me that they’re actively working on the firmware for the Evo Nano (and the Nano+, Lite and Lite+) to make sure that all features work flawlessly as soon as possible and that we’ll see some updates coming in the future and that retail units will likely have all of these issues resolved before they ship.

The premium bundle comes with two extra batteries and a dock to let you charge all three at once.

This is, by far, the smallest drone I’ve ever flown – having typically stuck to fairly large hexacopters like the DJI F550 and if you’ve never used a <250g drone before, they’re a fantastic addition to the toolbag for location photographers. Being able to whip out a drone to shoot behind the scenes for social media, vlogs, etc is pretty invaluable. Especially when you can just leave it hovering in the air following you (*coming in a future firmware update).

Cables are included for both Type-C and micro USB Android devices as well as Lightning iOS devices.

While the Autel Evo Nano Premium does come with its own shoulder bag, the drone and controller are both fairly small. The drone itself is smaller than most lenses you’d stick into your bag and the controller feels very much more like a games console controller rather than the big clunky RC controllers that some of us might be used to.

So, it’s easy to stuff in your backpack with the rest of your camera gear to use at a moment’s notice. And because the controller and drone batteries can all charge off Type-C USB, you can leave them charging from a power bank in your bag in between uses to make sure they stay topped up and ready to go when needed. That being said, the battery life seems quite good. Officially, you’ll get 28 minutes of flight time in ideal conditions with no wind. In ~20mph winds, I was getting closer to around 24 minutes per drone battery. The controller’s battery lasted for all three drone batteries before the app started yelling at me that the controller was getting low and that I should land soon.

Speaking of the Home position, it can be reset mid-flight. By default, it’s the location from which you take off. If you hit the home button, it’ll fly back to the same spot to land. But if like me, you often fly and walk at the same time, filming as you physically make your way towards a destination, then you don’t want to have to walk back to your starting point to go collect your drone. So, you can reset the Home position to the current operator’s position to make it come to you when you hold the home button.

You can also cancel the homing procedure any time you like so that when it gets close, you can fine tune the position and land it yourself if you prefer. Very handy if you’re using a drone pad to launch from and land on and you’ve reset the home position mid-flight to somewhere new.

The footage coming out of the drone is rather good, although YouTube compression does it no favours. It would be nice if there were a higher bitrate option than 100mbps, even with h.265 encoding. That being said, 100mbps is perfectly fine for many subjects you might point the camera at – there’s just a lot of fine detail in leafless Scottish forests this time of year, and when the drone’s flying quickly, you do lose a little of it.

There are also no colour profile options available yet. This is something else I’d like to see. If we could choose a nice flat profile with low contrast and saturation that we can correct and grade in post, that would be fantastic. For stills, it’s not a problem, because you’re able to shoot DNG raw files and process them exactly how you wish, but for video (or shooting jpg) a flat profile would be extremely useful.

For now, though, that’s it for the Autel Evo Nano. We’ll have a full review coming soon once some of the features have come to the firmware and we’ve had a good chance to play with them but so far, it’s a very impressive little drone and with its small size, I can see this working itself into my location shooting workflow often in the upcoming year – especially once subject tracking and following is fully implemented.

You can find out more about the Autel Evo Nano on the Autel website and pre-order now for $649 for the standard package or $799 for the premium bundle which includes two spare batteries, six spare sets of props, a propeller strap, a triple battery charging dock and a shoulder bag.

Solving the Problems of Photography in Very Cold Temperatures
Nikon Z9 first impressions from a long-time Nikon shooter
The ultimate guide to setting up an at-home photo studio
Visualizing slow fashion in commercial photography
Profoto B2 Long-Term Review: A Small Flash That Punches Above Its Weight