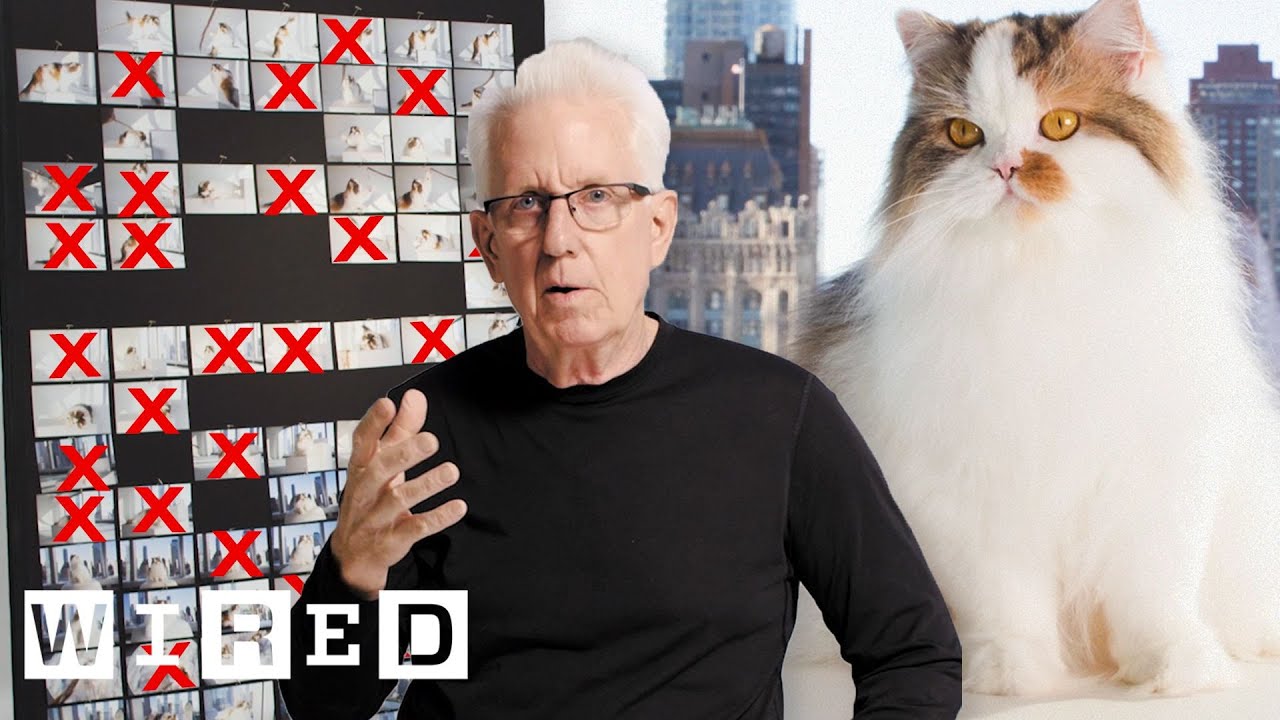 If you’ve read the National Geographic magazine at any time in the past 20 years then you’ve probably seen some of Steve Winter‘s images. Much of his photographic career has been shooting big cats in the wild. A quick browse through his website shows a multitude of iconic images and photojournalism stories featuring tigers, cheetahs, and my favourite that I remember when it was published, the snow leopard.

In this intriguing video, Steve was challenged by Wired to demonstrate his process, from shooting the images to culling them down to the ultimate iconic frame that perfectly encapsulates the story within one single shot. It’s something that we all have to do, but to see and hear the thought process behind it is absolutely fascinating.

The first round of editing is to weed out any technical issues. Are any of the images too dark? Too light? Steve mentions that when you’re shooting with natural light you have to be aware of the ambient conditions and make sure that you notice if a large cloud comes overhead. You can quickly be 2 to 3 stops off a correct exposure without realising, and that could ruin an otherwise good shot. Of course, this is imperative if shooting film, but even in the digital realm, there is only so much tweaking you can do before you begin to degrade the image quality.

“If we’re coming on a situation in the field,” Steve says, “as we’re speeding up to that location I will just take an out of focus shot just to check it [the exposure]…and then adjust accordingly.” From 112 images we are now down to 91.

The second round of editing involves looking at shots that have framing issues. Are there parts of the animal cropped off because it moved? Are there any uncomfortable looking positions that just feel a bit ‘off’? Steve explains that right from the early part of his career at Nat Geo, cutting off parts of the animal was a big no-no. He admits that sometimes it is impossible not to when you have a big cat with a long tail, but generally it forces you to think in new compositional ways.

“As soon as an image feels clunky,” says Steve, “you’re gonna know it.” Composition is so important he says, and he always tries to create the composition in camera rather than relying on cropping afterwards.

“One thing you need to look for is how tight you are on your subject,” he says. It’s all about storytelling. Do you have enough of the background in order to tell the story adequately in the way that you want to?

Steve explains that the angle of shooting is also very important. You don’t want to look down on an animal because it takes away its power. You generally want to get down lower so that the subject’s eye is in line with the lens. By doing this it changes your psychological perspective of how you view the cat.

For this round, Steve explains that he is mostly looking at the story of the cat and its home. “In a well-composed photograph you want your eye to move around the canvas and in one single image to tell a story,” he says. Steve goes through which images he pulls out and why. Some are just too tight, some don’t have the right emotion, some are just too similar to another better image. It’s a harsh process and the phrase “kill your babies” does spring to mind.

He’s down to just 8 images now.

For this round, Steve says that he’s looking for aspects of behaviours and moments where he might have captured something unexpected. He talks about how often you enter a shoot with a preconceived idea in your mind this can be helpful in getting the safe shots, but safe shots are not what we want here. There will always be happy surprises and some things that you don’t even remember shooting until you look at the edits.

“Does it tell me a little bit about the life of this cat?” Steve asks. “If it doesn’t, it’s gone.”

He also tries to shoot the subject in many different ways and from different vantage points. That way you have a lot more options available. Kneeling and lying down, using a step ladder – these are all valid ways to change your shooting point of view.

And just like that, we are down to the last 2 images.

Steve admits that by this point it’s really tough. He has two very similar images of the cat, one with buildings behind, one without. At this point, I know which one I prefer, but then I didn’t shoot them and it isn’t my story. The image he’s left with is beautiful and interesting. We don’t know what the cat is doing or looking at, and it makes us want to know more. The shadows on the wall create a striking almost floral design.

“AS we edit we learn what we can do better next time,” says Steve, “and that’s what’s important.” He continues “we are becoming visually more literate all the time,” he says. “Shoot and learn from the images that you like, and the ones that you dislike, because tomorrow you’ll be a better photographer.”

Steve acknowledges that it’s a completely subjective process. There will always be people who disagree with your choices, but at the end of the day, if you have a strong idea of what you want to convey, you just have to trust your gut.

Do you have a set process for culling images?