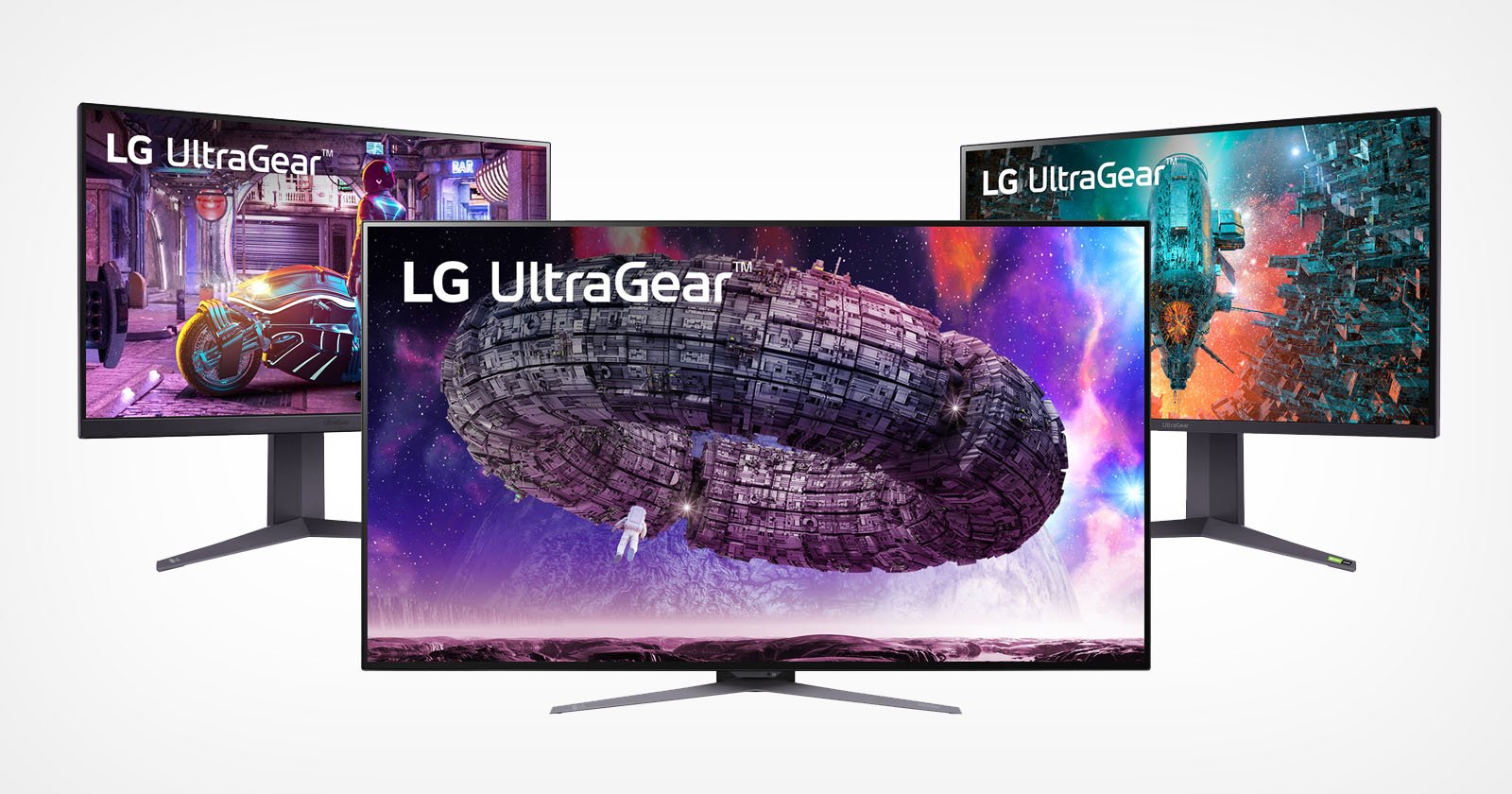 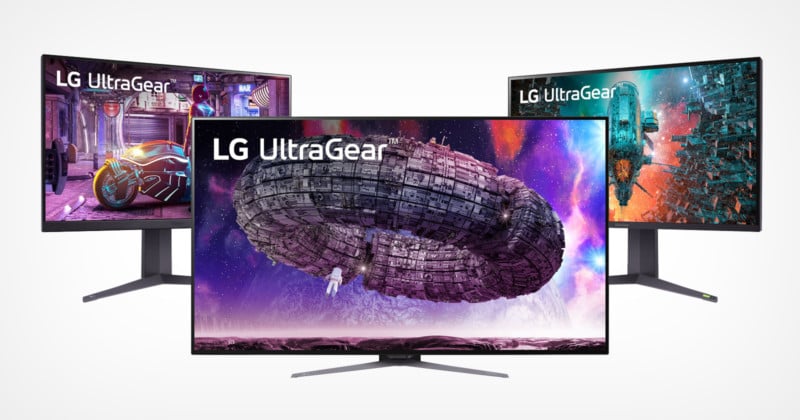 LG has announced three new displays that promise extremely high refresh rates and solid color accuracy. Two of them feature the company’s Nano IPS technology while the third is an OLED display.

The three monitors are in LG’s UltraGear gaming lineup but may appeal to a photographer or video editor who uses their workspace for both work and play since the displays boast solid color accuracy that will be good enough for most users outside of dedicated colorists.

All three display have what LG describes as a sleek aesthetic with sharp and angular stands and its new Hexagon Lighting. The three displays also have HDMI 2.1 connectivity: the 48GQ900 has three HDMI ports and the 32GQ950 and 32GQ850 each have two. All three also feature a Display Port, USB 3.0 ports, and headphone jacks.

LG hasn’t revealed the peak brightness that can be expected on any of the displays, but some information can be gleaned from the HDR promises. The 48GQ900 is capable of HDR10, while the 32GQ950 supports VESA Display HDR 1000 and the 32GQ850 supports VESA Display HDR 600. Seeing as LG’s 2022 C2 OLED television can hit somewhere around 800 nits of peak brightness, buyers can probalby expect reasonable brightness from all three of these new displays.

While all three are fast and clearly designed for gaming, they are likely color-accurate enough to work double duty for photo and video editors thanks to the promise of at least 98% coverage of the DCI-P3 color gamut. The 48GQ900 actually goes a bit further and is capable of 98.5% coverage of the DCI-P3 color gamut thanks to LG’s excellent OLED technology.

The company says that all three also deliver beautiful, vivid picture quality and lightning-quick response time: the two 32-inch displays have a one-millisecond Gray-to-Gray (GTG) display technology while the OLED model has the advantage of that technology with a 0.1 millisecond response time.

The three monitors will be first available in Japan this month and will roll out to North America, Europe, and the rest of Asia afterward. No specific dates nor pricing were revealed.