Some places have been photographed over and over again, by professional photographers and tourists alike. According to research released by Sony Mobile a few years later, the most Instagrammed landmarks in the world are The Eiffel Tower, Big Ben, the Louvre, the Empire State Building, and the Burj Khalifa. Does that mean you can’t create an original photograph in these places? Of course, you can. You just have to get a little more creative. Here are our best tips for making the most of a much-photographed locale.

The first step in taking a unique photograph is understanding what others have done before you. You might notice some recurring compositions and motifs, so start thinking about how you can mix it up and improve upon the “standard” shot. Google Maps can be a great resource for planning your compositions.

From there, pull some images you love, either from social media, 500px, or magazines. Then consider ways of combining what you admire about them to create something new. Maybe one shot has seasonal cherry blossoms, while another was taken from a unique vantage point. Mix and match elements you like for a shot that’s entirely your own. 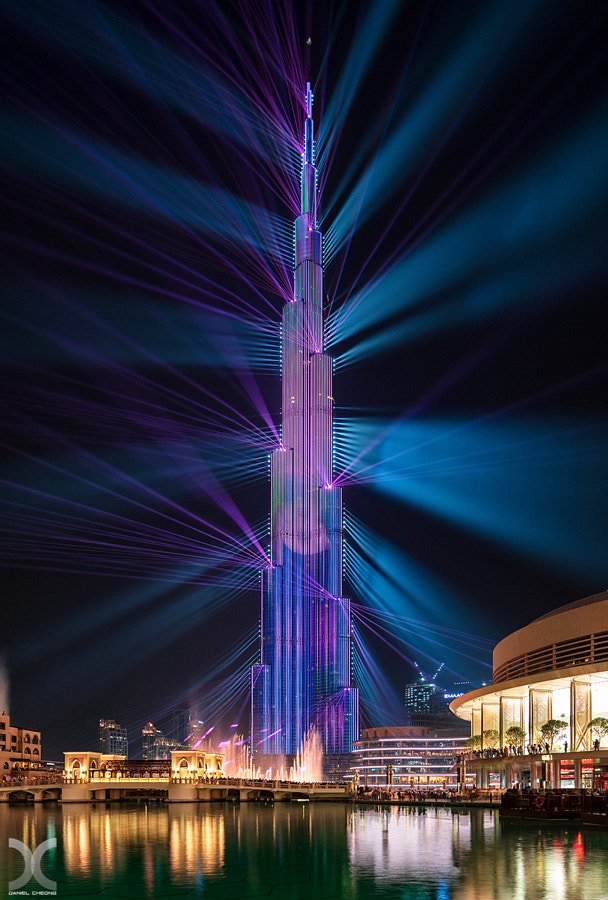 Try a different time of day (or night)

One of the simplest ways to mix up your photography is through lighting. While most people aim to photograph famous places around the sunrise or sunset—and you should photograph during the golden hour—you aren’t limited to these times alone. You could try the blue hour around twilight or even shoot into the night (with permission). Daniel Cheong, for example, was able to capture this stunning laser show at the Burj Khalifa.

Night shoots are also ideal if you want to capture those long-exposure light trail photos, which are particularly popular in cities with high traffic. That’s what Carmine Chiriacò did when photographing the lights near the Colosseum, using a three-second exposure. 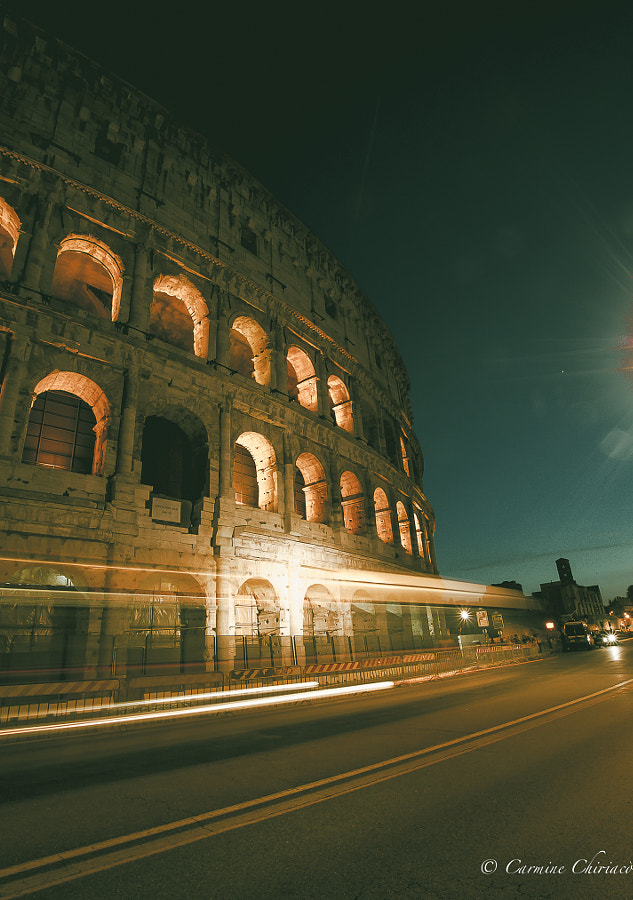 (If you do opt for the golden hour, it can pay to wake up very early, while everyone else is asleep.)

Most famous landmarks have a “standard” viewing spot, whether it’s a scenic overlook or an observation deck. While these places can offer breathtaking views, they’re often crowded, and they’ve been photographed many times before.

Instead, do your research to find a different spot. It could be a hilltop just outside the city or a private area known only to locals. Prepare for a hike, and bring snacks. In cities, you might have to request permission to access a rooftop lounge or hotel balcony, but it’s worth it for the unique perspective and view. 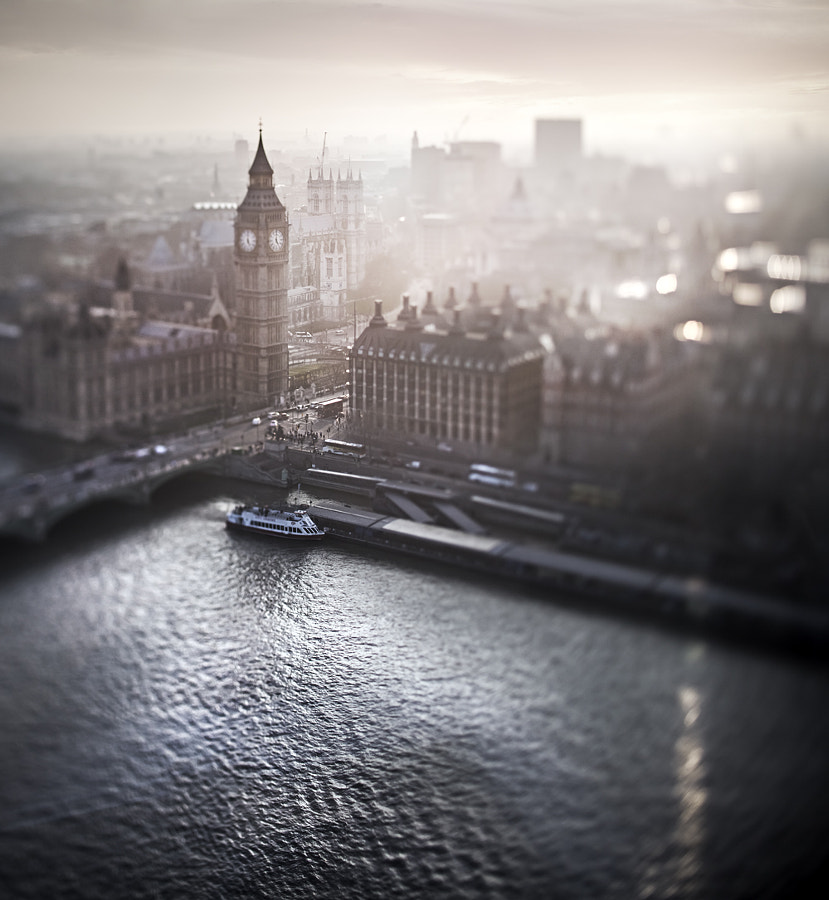 Experiment with different lenses (or a lens ball)

Bringing a few different lens choices can encourage you to mix up your perspectives and focus on new elements that you’d otherwise overlook. When photographing Big Ben in London, Alisdair Miller used a tilt-shift lens to create this dreamy effect.

If you want to take it a step further, you can even bring a lens ball, a popular tool for refraction. Ryan Millier took this approach when photographing the Eiffel Tower, resulting in a one-of-a-kind shot. You can check out our tips for shooting with a crystal ball here. 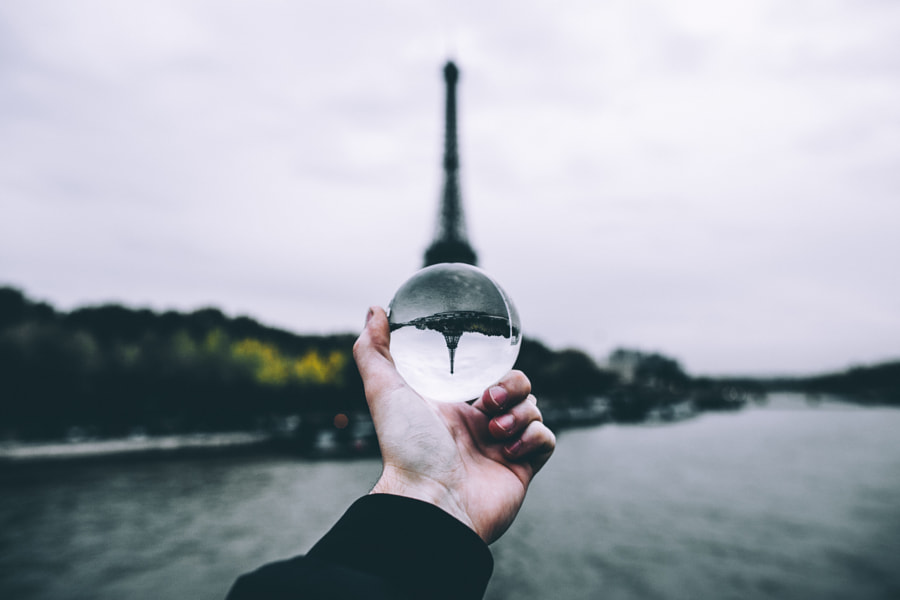 Relatedly, it can be tempting to stand in one place—usually, where other photographers have stood—get your shot, and move on. But often, it’s a more rewarding experience to spend more time at your location and give yourself the freedom to move around and explore.

What if you turned around and faced the “wrong” way? Maybe you step back, far behind everyone else, to capture more context, or you step in front for an abstract, close-up detail shot. It helps to pack light, carrying only the essentials, so you can walk around as much as you’d like. 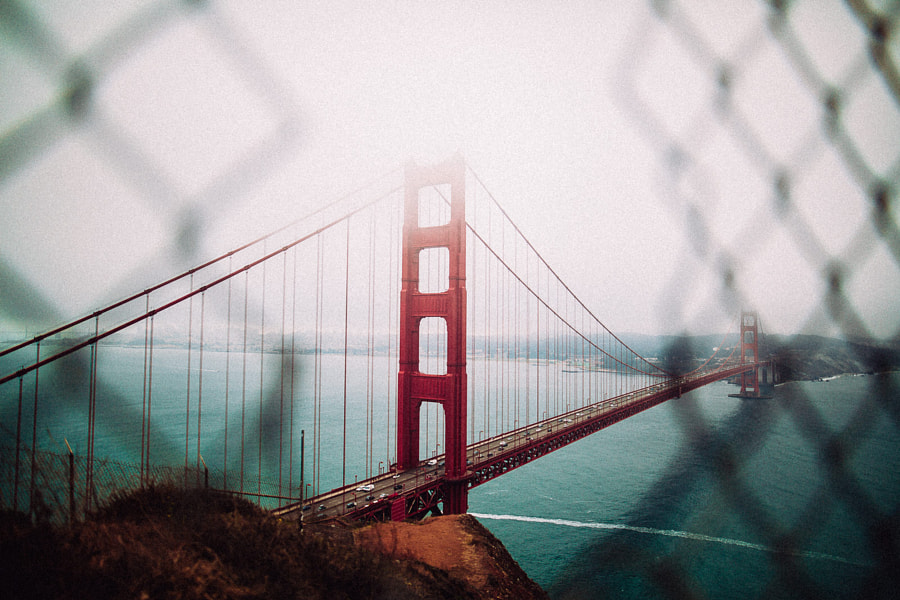 When you break up your photographs into layers—background, foreground, and middle ground—new opportunities arise. Keep an eye out for natural “frames” or foreground elements to help guide your composition. When photographing the Golden Gate Bridge, for example, André Josselin shot through a fence, allowing its contours to fall beautifully out of focus so our attention remained, first and foremost, on the bridge itself. 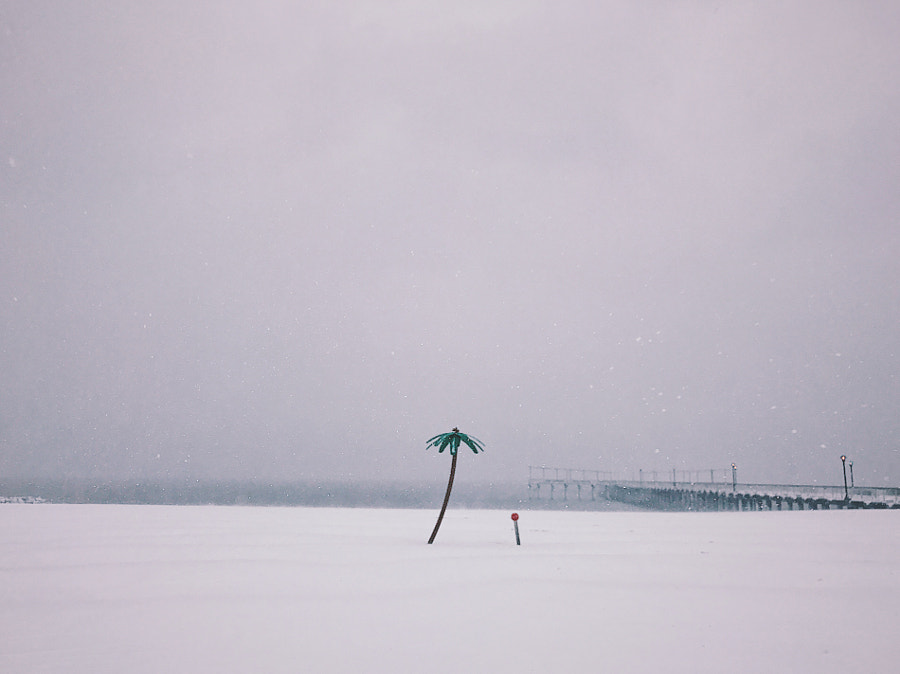 Visit during the off-season

Everyone visits Santorini in the summer, while they’re more likely to visit Lake Tahoe in winter. Photographing a location on the off-season can be risky, as you’re likely to miss some of the iconic elements that define the space (for instance, the cherry blossoms in Washington in the spring, or the colorful Coney Island boardwalk in summer). But if you do your research and choose the right location, that risk can pay off in the long run. It was at Coney Island a few years ago that Derek Chen captured this perfectly minimal photograph of an empty beach, blanketed in snow.

Most tourist postcards feature photographs taken on clear, sunny days, but rainy afternoons or stormy skies can give your work a unique emotional undercurrent. Foggy mornings are perfect for moody, ethereal shots. Dress properly and protect your gear, and don’t be afraid to embrace the unexpected. 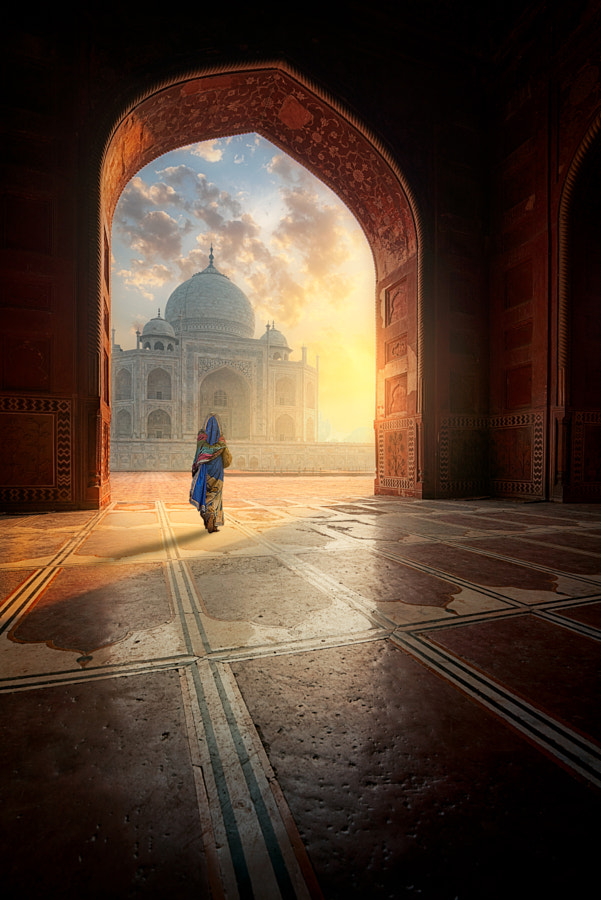 Incorporate people or their silhouettes

In general, you want to avoid crowds, but a single person or silhouette can breathe life into an otherwise static scene. If you’re working with a model, you can direct them a bit and take your time shooting. If you’re a street photographer, on the other hand, the best approach is to find your composition and wait as people pass.

Eventually, the right person will enter your frame at the right moment. When photographing the Taj Mahal, Mohammed Ali Abdo has included human figures on numerous occasions, including this picture, where the blue of the person’s clothing contrasts perfectly with the orange light of the sun bouncing around the space.

Why young people are embracing NFTs and crypto
Sigma to announce two new 20mm and 24mm f/1.4 full-frame mirrorless lenses on August 8th
These Are the Most Famous Photos of All Time According to a New Study
The New NYA-EVO Camera Backpacks are Made from Recycled Fishing Nets
How To Make Colors POP In Photoshop