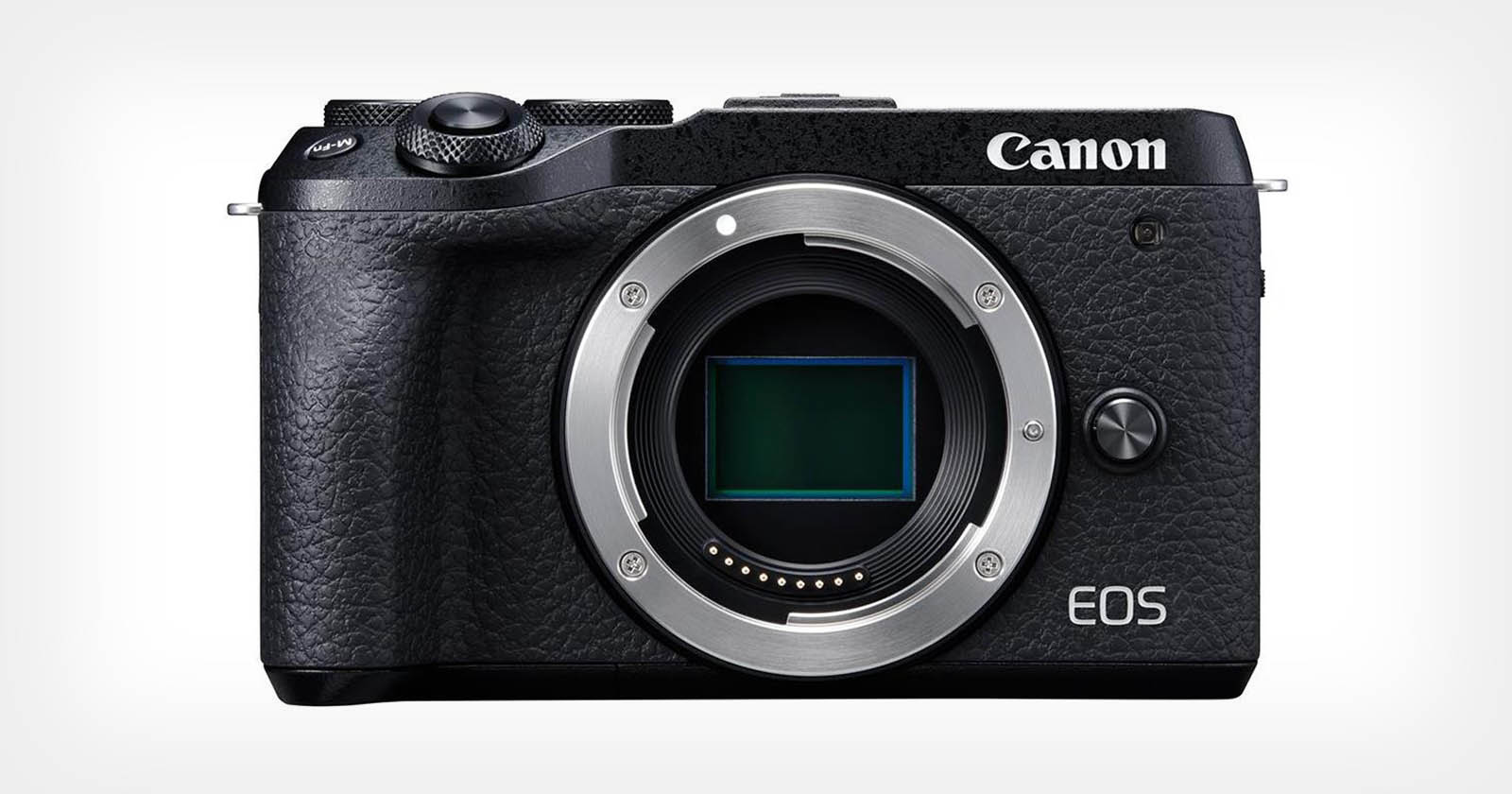 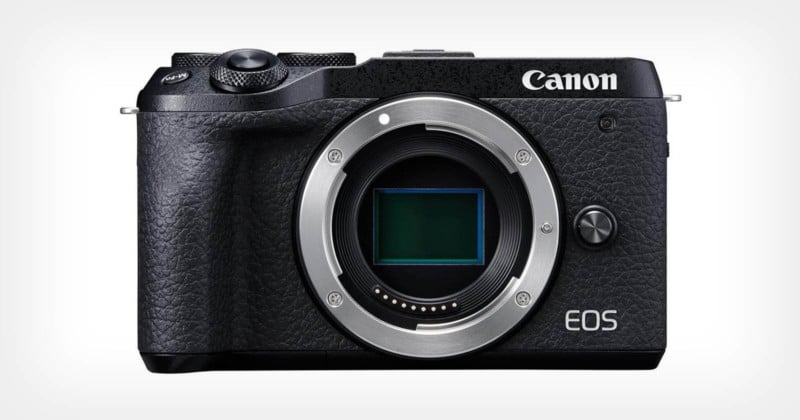 The announcement has landed and it’s now official: Canon has released an APS-C RF-mount camera. In fact, it hasn’t just released one – but two – in the form of the R7 and R10. It might seem strange, given that Sony and Nikon have had APS-C models for some time, but this is a big deal because Canon already has the EF-M mount and EOS M APS-C mirrorless range. This begs the question, is Canon about to scrap the EOS M line?

Panasonic and Olympus ushered in the new age of mirrorless cameras with the formation of the Micro Four Thirds consortium and the release of the Panasonic G1. It was a bold move that oddly had its origins in Olympus’s failure to transition the original film OM to digital. This failure led it to rethink what a modern digital camera should be, releasing the Four Thirds E-1 in 2003.

The camera was a pro model targeted at journalists and sports shooters but, for a range of reasons, never took off. Fast-forward to 2008, and Micro Four Thirds is the same system but without the mirror box. It replaced the optical viewfinder with an electronic viewfinder (or rear display) and, in so doing, simplified the physical design by allowing the removal of the mirror box and pentaprism.

While this may seem logical to us with the benefit of hindsight, it was technology-leading at the time and the impact cannot be overstated, because every single manufacturer released a new mirrorless system (and Pentax released two!) each with their own spin on what mirrorless should be.

Canon was hardly quick at joining the mirrorless party, following Sony (2010), Nikon (2011), and Fuji (2012) with the release of the EOS M in 2012. Like Sony and Fuji, it kitted its camera out with an APS-C sensor (1.5 crop factor) in order to get a pleasing combination of image quality and camera size. This is in contrast to Nikon which used a CX sensor (2.7 crop factor) which might have seemed like a good idea at the time but placed limitations on image quality and depth-of-field.

That said, what both Nikon and Canon had in common was their approach to mirrorless: these were seen as consumer products and there was never any intention that a mirrorless camera would be targeted at working professionals. The thinking behind this strategic decision was two-fold. Firstly, the technological underpinnings of mirrorless cameras were sound, but their implementation was flawed. Relatively poor contrast-based autofocus systems and limited battery life meant they were not ready for the prime-time.

Secondly, DSLRs were making good money! They peaked in shipment value in 2012 and became the biggest camera segment in 2013. Why introduce a camera system that would cannibalize your lucrative DSLR sales, while at the same time performing less well?

Then it all changed when Sony introduced the full-frame a7 in 2013; suddenly those cumbersome DSLRs seemed like yesterday’s tech and — while not flawless — the future was clear to see.

This all brings us back to the EOS M line and the two principal problems in transitioning to a full-frame mirrorless system. Firstly, the mount has similar specifications to the Sony E-mount and was designed for an APS-C sensor. While you can squeeze a full-frame sensor inside — and Sony has done just this — it comes with technical limitations in comparison to mounts that are specifically designed for full-frame, which both the Canon RF-mount and Nikon Z-mount are.

If Canon was going to produce a full-frame mirrorless camera system to replace its DSLRs, then it wouldn’t be following the route Sony took, but starting from scratch to produce something both best-in-class and designed to be long-lived. Secondly, the existing lineup of lenses for EF-M was vanishingly small and still stands at only eight. Starting again with a new mount made much more sense.

It’s arguable as to when Canon decided to develop the RF-mount, but probably around 2015 after having seen the success of the a7. Nikon and Canon faced a dilemma: they both had APS-C and full-frame DSLRs, alongside separate, consumer-oriented, mirrorless systems. What form should their new professional mirrorless systems take?

Sony had already taken the plunge with APS-C and full-frame models, with lens systems designed for each sensor size that were fully interchangeable. It made for a flexible system that consumers liked. Nikon is following suit, implementing a “ground zero” solution. It has already scrapped its mirrorless 1 System and has made it clear it is all but abandoning its DSLR offerings. It’s the Z-system all the way, which has ASP-C and full-frame offerings, again all fully interchangeable. In fact, the company made its intent clear early on, releasing its first Z-system cameras in 2018 (the Z6 and Z7), following them up in 2019 with the APS-C Z50.

Meanwhile, Canon steadfastly stuck to a full-frame only mantra and it took until 2021 for the APS-C rumors to emerge, with the cameras arriving in 2022. The well-specified R7 has impressed us at PetaPixel, while the R10 is a budget-friendly powerhouse.

Both are able to take full-frame lenses, although it would appear – in addition to the 18-150mm – that APS-C specific models are on their way. While Canon has significantly fleshed out the RF lens range, they don’t necessarily make a whole lot of sense for these new APS-C cameras for price, size/weight, or focal length reasons.

In light of this history of Canon’s involvement in mirrorless cameras, it is natural to wonder what the company now plans to do with its EOS, EOS M, and RF APS-C cameras. That’s a lot of APS-C cameras and lenses to continue selling and developing. Dealing with the second point first… it would seem likely that there will be no development of either the EOS or EOS M lines. In particular, the DSLR EOS range is at a dead end, and while Canon appears happy to continue producing them for willing buyers, it’s the end of the line. Nikon’s exit from the DSLR market may put an extra spin on this segment as sales could oddly begin to increase for Canon, however that is unlikely to lead to new models.

That leaves the EOS M and Canon’s persistence in keeping the range alive, even if the lineup of four cameras was last refreshed with the M50 Mark II in 2020. Perhaps one of the reasons for this is that they sell well in Japan and regularly top the BCN sales rankings. In that sense, they both make money and are popular in the important home market. Do they make enough money to continue developing them? The release of two RF-mount cameras and an RF-S lens suggests not.

Canon categorically denies that either the EOS or EOS M ranges will be discontinued and that — on face value — seems to make economic sense. For how much longer this continues to be the case remains to be seen, but I would be surprised if we see many cameras in these ranges surviving beyond 2025. It’s an RF future.

A Complete Guide to Leica M Lenses
Some Pixel 7 Cameras are Reportedly ‘Spontaneously’ Shattering
Apple Wants its Pencil to Be Able to Sample Color From Real World Surfaces
Camouflaged Cameraman at Hockey Championships is a Crowd Favorite
Paul C. Buff announces Celestial, a portable strobe with HSS and TTL capability