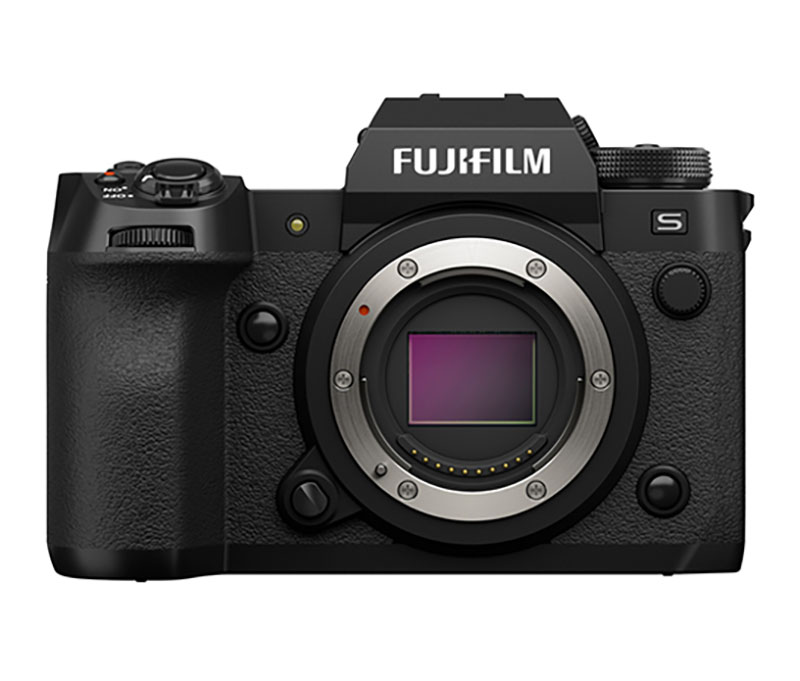 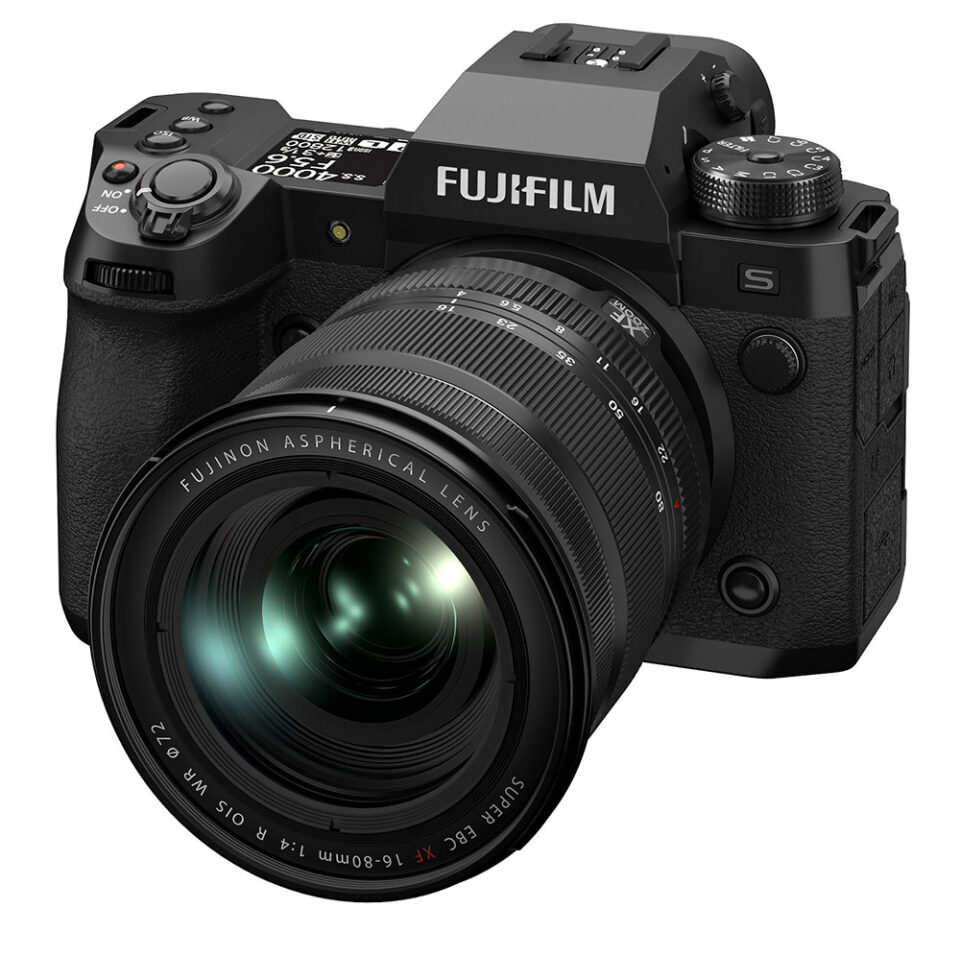 Last September, Fujifilm ended the X-Summit with the announcement that next generation cameras would be coming with a stacked-layer, backside-illuminated, X-trans sensor. Today Fuji announced the X-H2s, the first Fujifilm camera to include this stacked sensor technology. By separating the pixels and the circuitry into their own layers, we see a tremendous improvement in speed of the camera. According to Fuji the readout speeds are 4x that of the previous sensor generation. When combined with the new X-Processor 5, this brings a whole new level of speed to the X-mount system. For anyone looking to photograph sports, wildlife, or any sort of fast-moving action, the X-H2s is by far the most exciting camera in the Fujifilm lineup thus far.

The most notable features are the 40 frames per second of blackout free shooting, huge buffer, and 6k video. This camera is clearly Fujifilm’s response to the newer, faster mirrorless cameras we are seeing on the market today. Also attractive is the $2500 price point. While $2500 is higher than the $1899 release price of its predecessor, the X-H1, it is less than half the price of the stacked sensor Nikon Z9 and Canon EOS R3. While the feature sets are different, and the Fuji is APS-C, as opposed to the Nikon and Canon which are full-frame, this is still a very attractive price for a flagship stacked-sensor mirrorless camera.

The Fujifilm X-H2 features the DSLR-style body of the H1. It also trades out the more analog dials that Fuji is known for, in exchange for the DSLR-style PSAM (mode) dial. While I personally prefer the analog dials of the X-T and X-Pro line, the PSAM dial does make for fast, streamlined operation, and as such makes sense on this particular camera. If you are coming to Fuji from another camera manufacturer or a DSLR, then the PSAM dial will be more familiar to operate. It also features an impressive 7 custom slots on the PSAM dial. 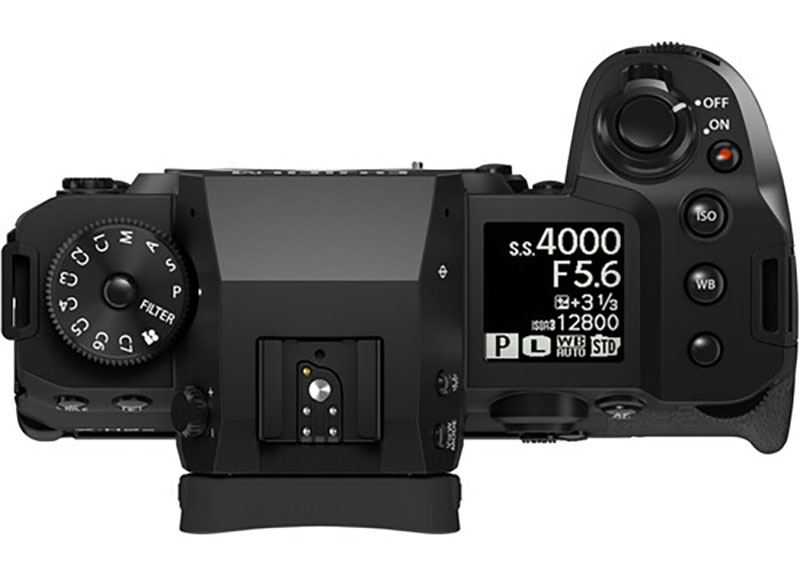 The Fujifilm X-H2s brings subject detection autofocus tracking to the X-series line for the first time. Using deep learning technology, the autofocus system can now track specific subjects such as animals, planes, cars, motorcycles, etc. For photographers who are familiar with the face-detection autofocus of previous X-series cameras, the ability to extend that technology to other subjects and animals will be a welcome change. Personally, I’ve been waiting for this addition, as I have two very active puppies! I’m holding out hope that this will be introduced to other X-series bodies via firmware update in the future (I have no information on whether or not it will happen, and it may not be possible as it may require the newest sensor and processor technology).

In an attempt to make the X-H2s a true stills/video hybrid, Fuji is offering add-on accessories for the X-H2s that are geared towards high-level video production. There is an optional cooling fan, which can be attached to the rear of the camera to control the camera temperature during extended video shooting. They also announced a file transfer grip (to be released in September) with an ethernet port and a remote record function that will allow you to control up to 4 X-H2s cameras remotely. The ability to record video from multiple positions with a single, centrally-controlled camera operator allows for a lot of creative video possibilities that would have previously required multiple camera operators. 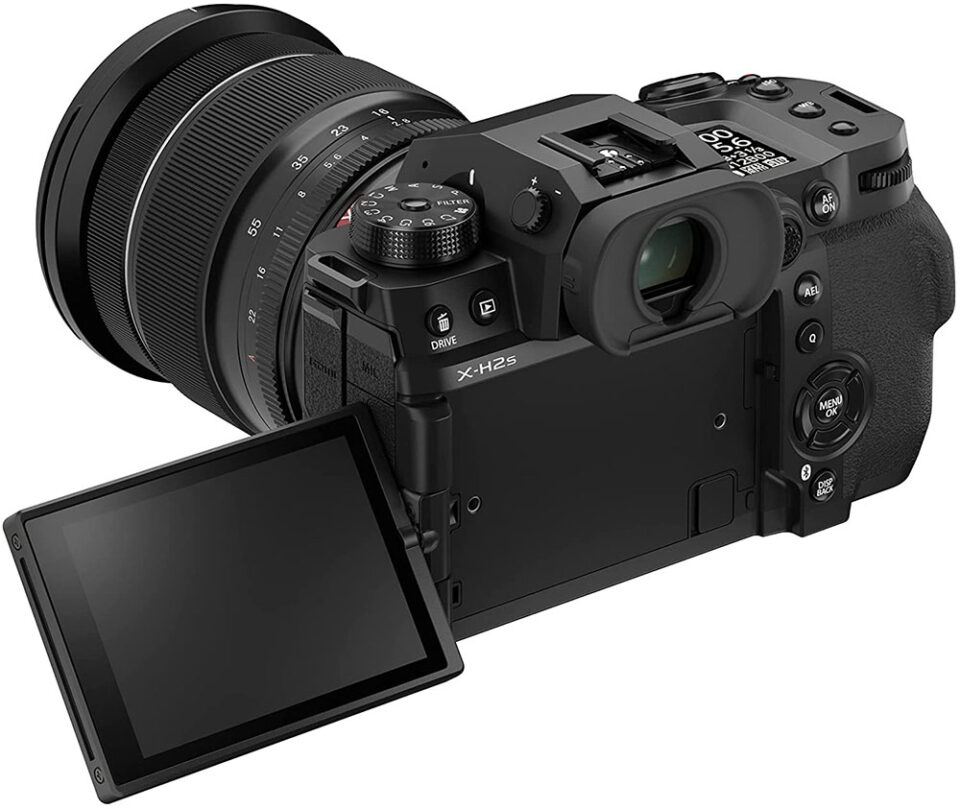 In addition to the new flagship stacked sensor mirrorless camera, Fujifilm is releasing 2 new lenses. Neither of these are a surprise as they were all discussed at the September 2021 X-Summit and have been placed as pending on the lens roadmap, but they are excellent additions to the X-series lineup, and clearly designed to take advantage of the technology in the new X-H2s. 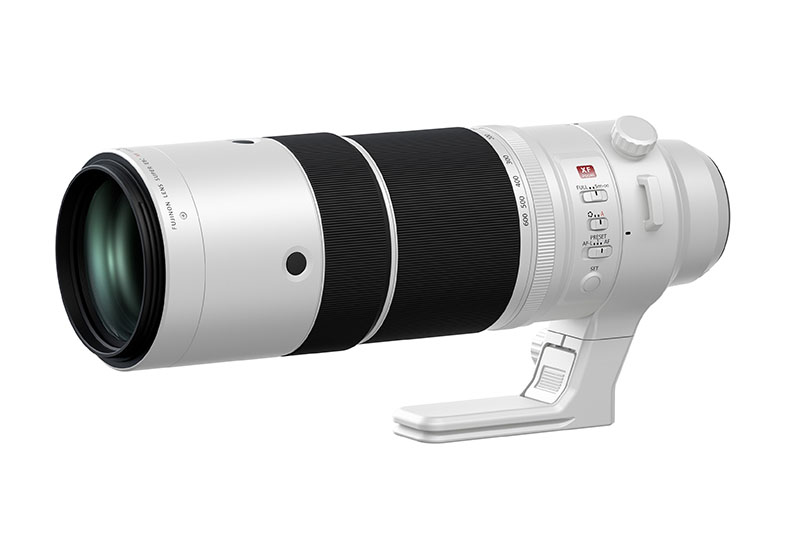 The 150-600mm is the longest X-mount lens to date, with a 35mm equivalent focal length of over 900mm. This lens offers internal zoom, near silent operation, and 5 stops of image stabilization. It can also be used with the existing Fujifilm teleconverters for even more reach. This lens will be released this July at a price of $1999. 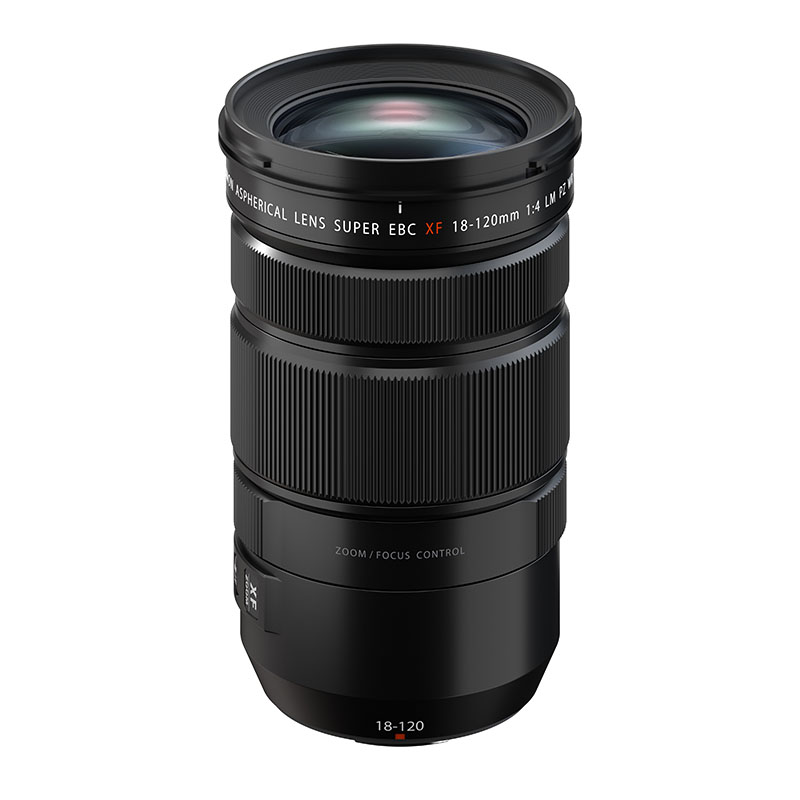 The 80-120 is an all-in-one telephoto zoom lens designed with videographers in mind. The ultra-smooth operation and minimal focus breathing, make this lens ideal for video. It’s also a parfocal lens, meaning that your focus point remains in the same spot even when zooming. On top of that, the lens is balanced with an internal zoom, which allows it to be used on a gimbal more easily. This lens will be released in September at $899.

Fuji’s official press release for the camera is available below:

The X-H2S is a new flagship model boasting the highest performance in both stills and videos in the history of the X Series. This has been made possible by the use of the new back-illuminated, stacked, 26.16MP “X-Trans™ CMOS 5 HS”*1 sensor capable of reading signals four times faster than the current device*2, and the high-speed “X-Processor 5” boasting double the image processing speed of the current device*3. The camera also features blackout-free burst shooting of up to 40 frames per second*4 and high-performance AF system that uses AI to detect a subject. Furthermore, it can film 6.2K/30P and 4K/120P video and record high-definition footages. The highly-robust body packs other features including the five-axis in-body image stabilization that offers up to 7.0-stop advantage*5 and extensive interface options including the dual card slot supporting a CFexpress™ Type B card*6, catering to the shooting needs of professional photographers.

In 2012, Fujifilm released the mirrorless digital camera “FUJIFILM X-Pro1” featuring an image sensor and an image processing engine developed in-house. Since then, the company has evolved these devices over the last decade in pursuit of advanced image quality and portability. The launch of the latest model “X-H2S,” featuring the newly-developed X-Trans™ CMOS 5 HS sensor and the X-Processor 5 image processing engine, heralds the arrival of the fifth generation of the X Series.

Main features of the X-H2S

*1 X-Trans is a trademark or registered trademark of FUJIFILM Corporation.

*2 In comparison with the X-Trans™ CMOS4, carried in the current camera models.

*3 In comparison with the X-Professor 4, carried in the current camera models.

*4 High-speed continuous shooting free from the viewfinder blacking out, preventing users from seeing the subject; This is only available when using the electronic shutter.

*6 CFexpress is a trademark or registered trademark of the CompactFlash Association.

*8 Apple ProRes is a trademark of Apple Inc., registered in the United States and other countries.

*9 See the Fujifilm website for a list of memory cards that have been verified to work with this camera.

Nine tips for making original photos in famous places
Photographers and videographers beware: Another scam is going around Instagram
Canon RF800mm F5.6 L IS USM: A New Standard In Super-Telephoto Lenses
This is how ARRI tests the durability of its high end pro cinema cameras
This DIY digital picture frame lets friends send digital postcards from across the world