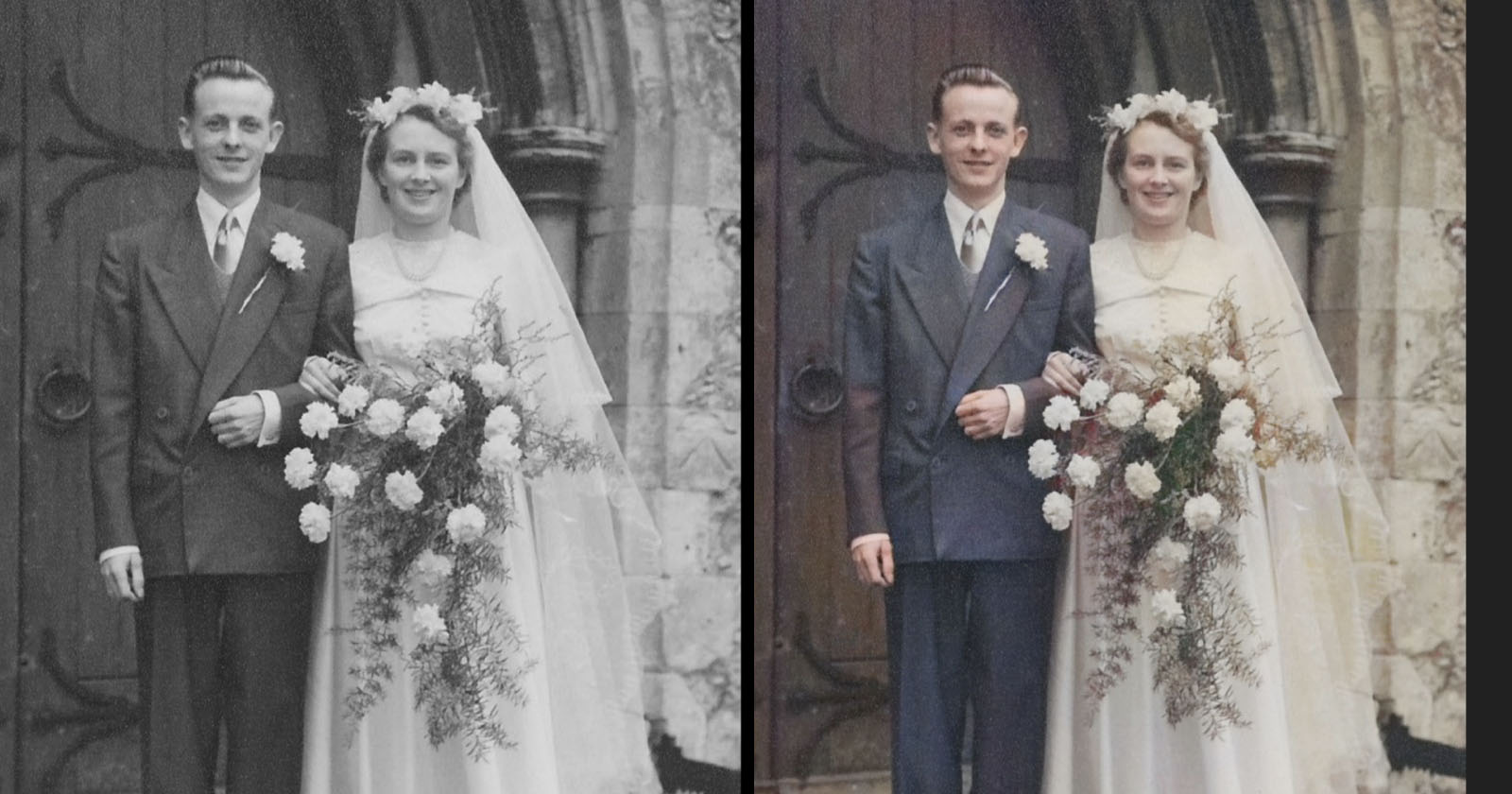 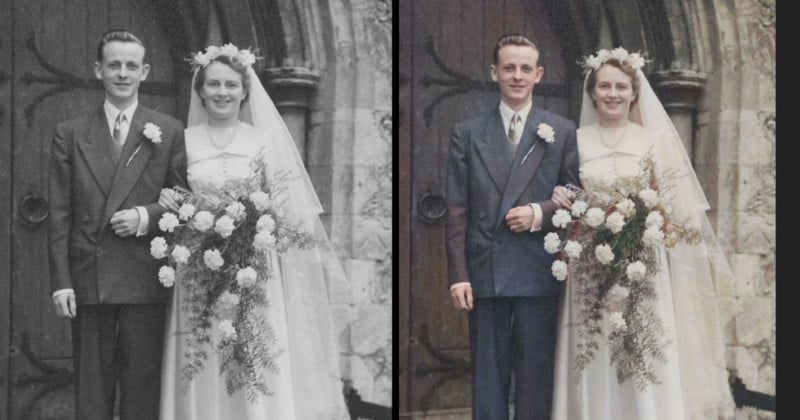 The company says it already enables the ability to capture, digitize, retouch, and preserve old family photos, but it is now adding the ability to colorize them with a new tool. This allows users to gain “a more vivid, real-life snapshot of ancestors and their lives.” 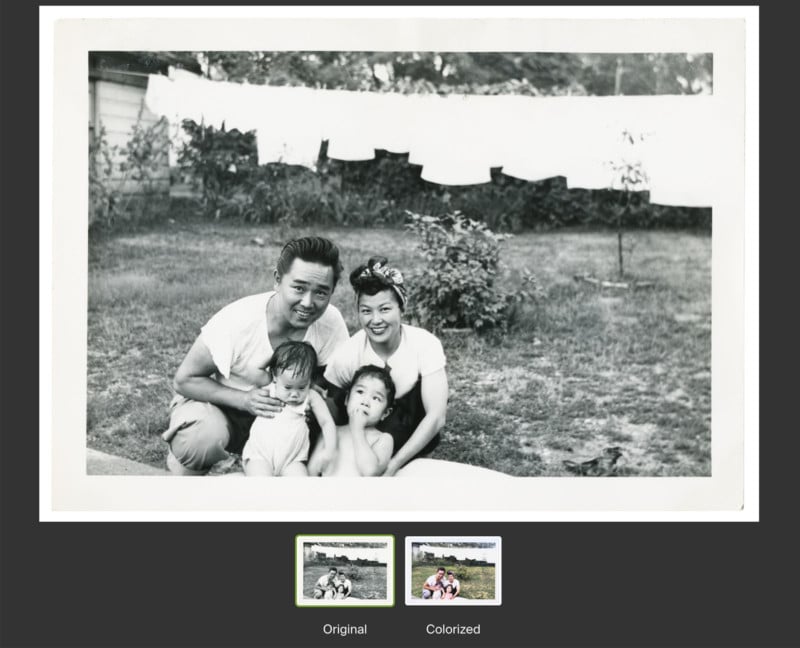 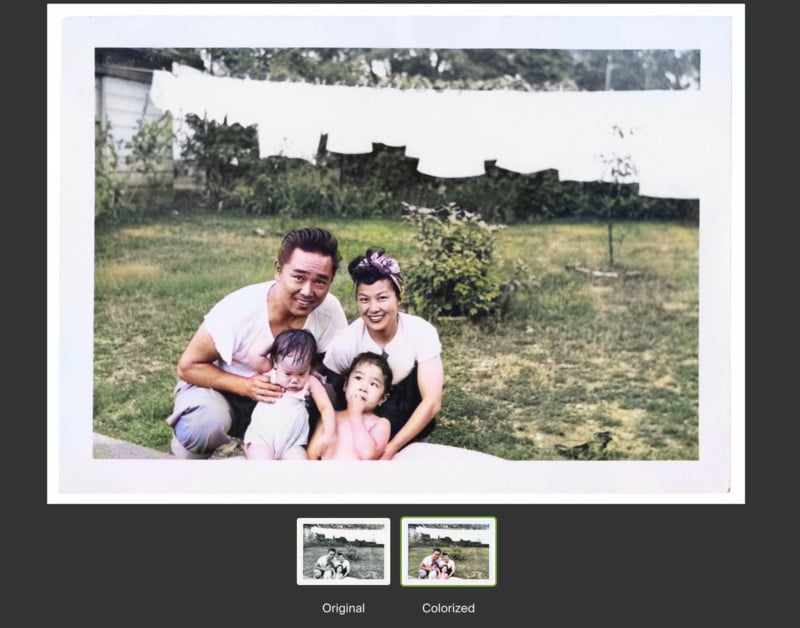 The feature comes by a partnership with archiving specialist company Photomyne, whose technology was integrated into the Ancestry app in March to allow users to take photos and attach them to a family tree on Ancestry’s website.

Photomyne is a company that builds apps to scan photos, slides, and negatives through its suite of Android and iOS apps. The company has also built a colorization tool that works on both photos and videos and has been updated over the last couple of years to improve its accuracy and consistency. It is this technology that Ancestry has licensed for use in its own app and on its website. 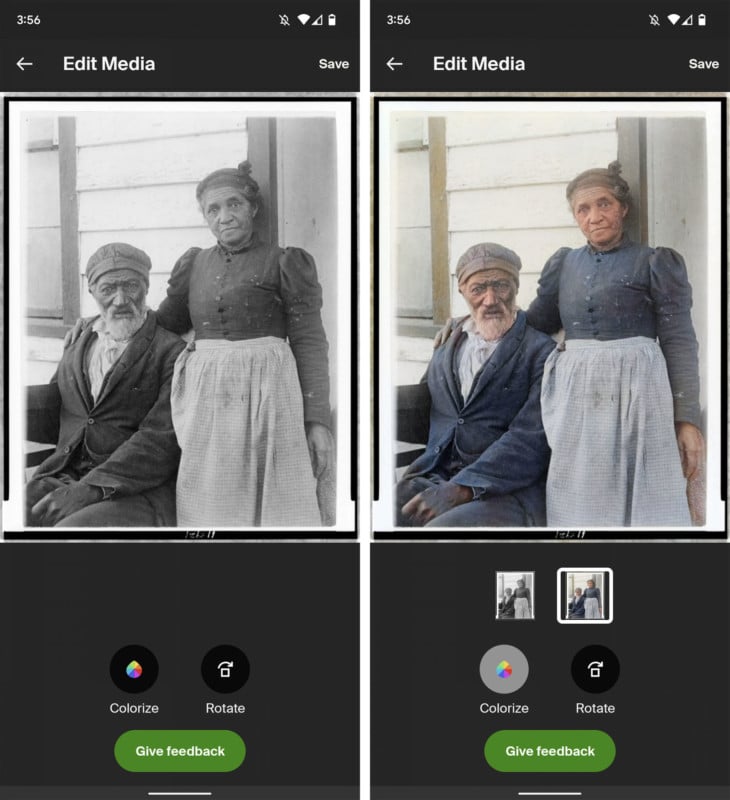 “The popularity of image enhancement and sharing continues so we’ve invested in even more tools to make this easier for our community,” Crista Cowan, Corporate Genealogist at Ancestry, says. “Over the past two months, Ancestry members have uploaded nearly 70,000 new images — and with each image uploaded, our community has the opportunity to engage and uncover new discoveries and share with dozens of family members around the world. 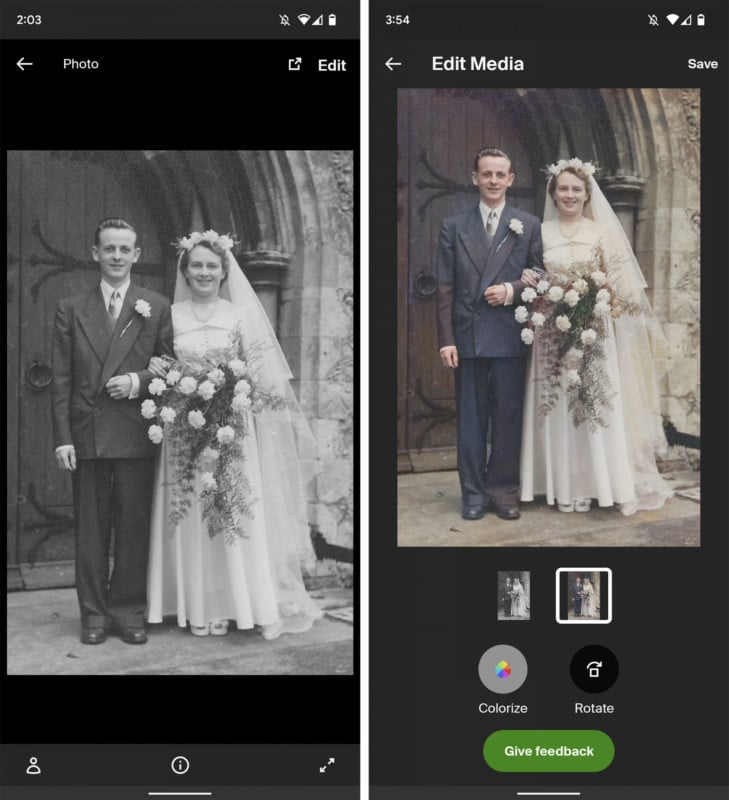 The new colorization feature is available in Ancestry’s app and is also usable on the company’s website.

Some historians have expressed displeasure at the practice of colorization. In 2020, some prominent historians spoke out against it and called for it to stop.

“It is a nonsense,” Luke McKernan, the lead curator of news and moving images at the British Library, said. “Colorization does not bring us closer to the past; it increases the gap between now and then. It does not enable immediacy; it creates difference.”

These historians argue that adding color takes away from the original intent of the capture.

“The problem with colorization is it leads people to just think about photographs as a kind of uncomplicated window onto the past, and that’s not what photographs are,” Mark-Fitzgerald added at the time.

These statements against the practice have not slowed down the popularity of colorization, however. Not only is it being integrated into more modern tools like Ancestry’s app and website, but colorized footage uploaded to YouTube as well as examples of high-end colorization of photos continues to be incredibly popular.

Gargantuan Hurricane Ian Captured from the International Space Station
Canon issues service notice over lockups with Canon XF605, EOS C70 and EOS R5c cameras
Sony’s New Crop-Sensor FX30 is an Easy Entry into its Cinema Line
Fujifilm is Increasing the Price of Photo Paper and Chemicals by 15%
Vaonis Vespera Review: Easy To Use But with Underwhelming Results