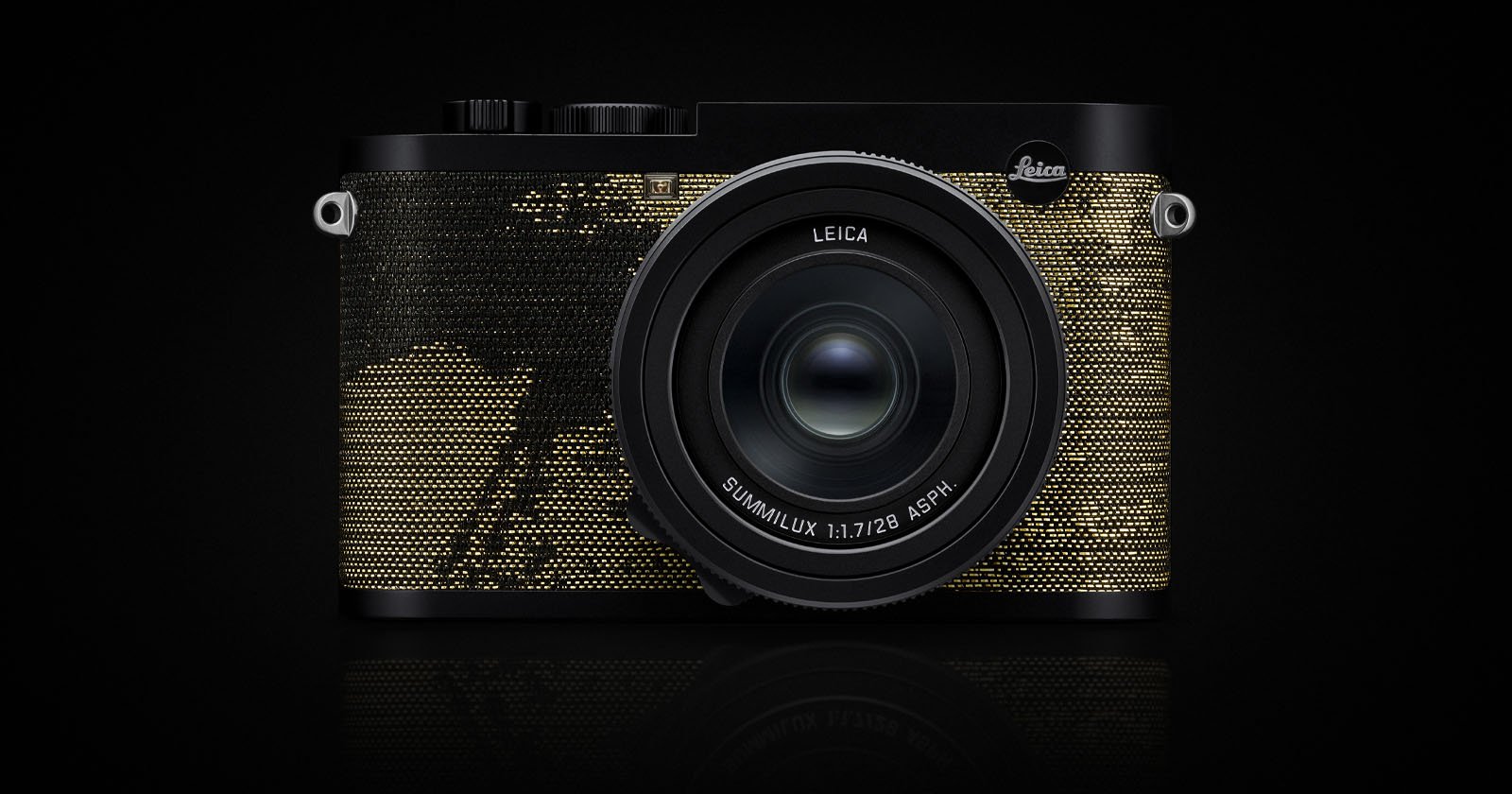 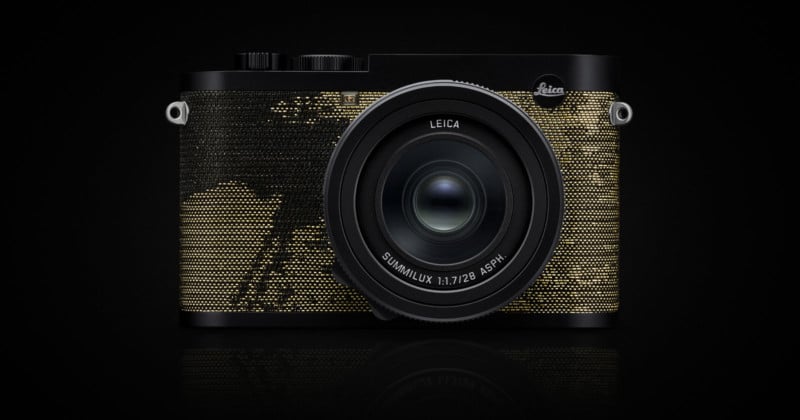 Leica has announced a new camera collaboration with Grammy Award-winning British singer-songwriter Seal. Called the Q2 “Dawn” edition, it is covered in what the company describes as “exquisite Japanese-woven fabric.”

As is often the case with Leica’s special edition cameras, the technical features of the Q2 “Dawn” by Seal edition are identical with the regular production model, such as the 47.3-megapixel full-frame sensor and fixed Summilux 28mm f/1.7 lens.

The fabric covering the exterior of this special edition camera is meant to look akin to what is known as “komorebi,” a word that has no direct English translation but refers to the transparency and interplay of light that occurs when sunlight falls through a tree canopy. For the Q2 “Dawn” Edition, Leica worked with the Japanese brand Hosoo to make the fabric that it categorizes as an innovative milestone in the art of weaving, as it uses black thread (93% polyester) and gold-colored Japanese paper (7% washi).

“Paying homage to the soulful lyrics of Seal’s songs, the special edition set celebrates the human connection in the art of making a photograph, shining light on the subjects of a frame – while painting unique perspectives for artists behind the lens,” the German camera company says about the new special edition Q2. 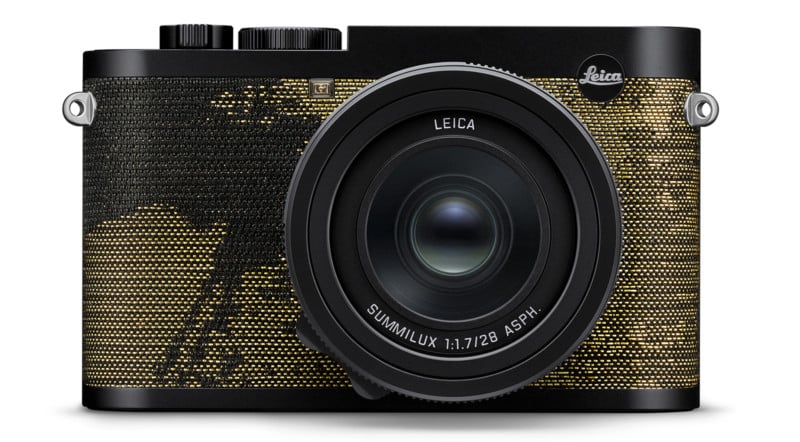 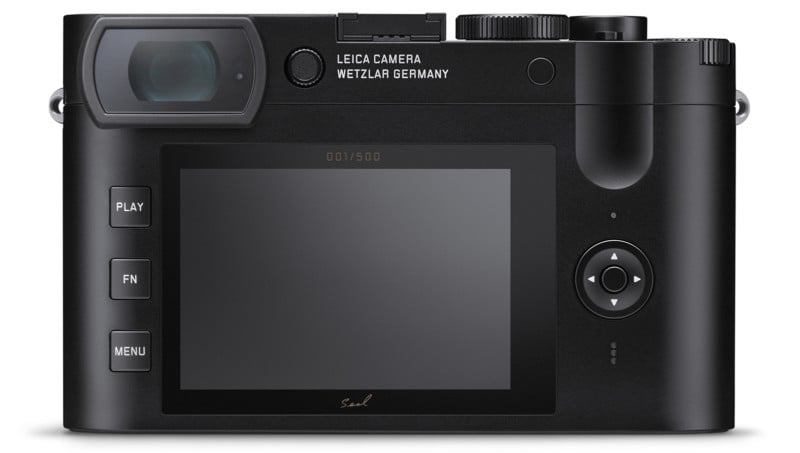 The camera includes a special edition Scarf designed by multimedia artist Annina Roescheisen who interpreted Seal’s lyrics through gold elements on a black background for the scarf. 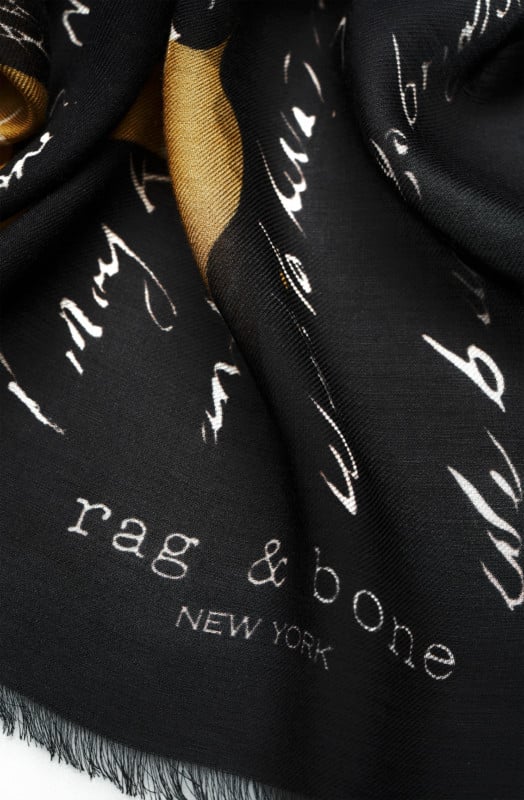 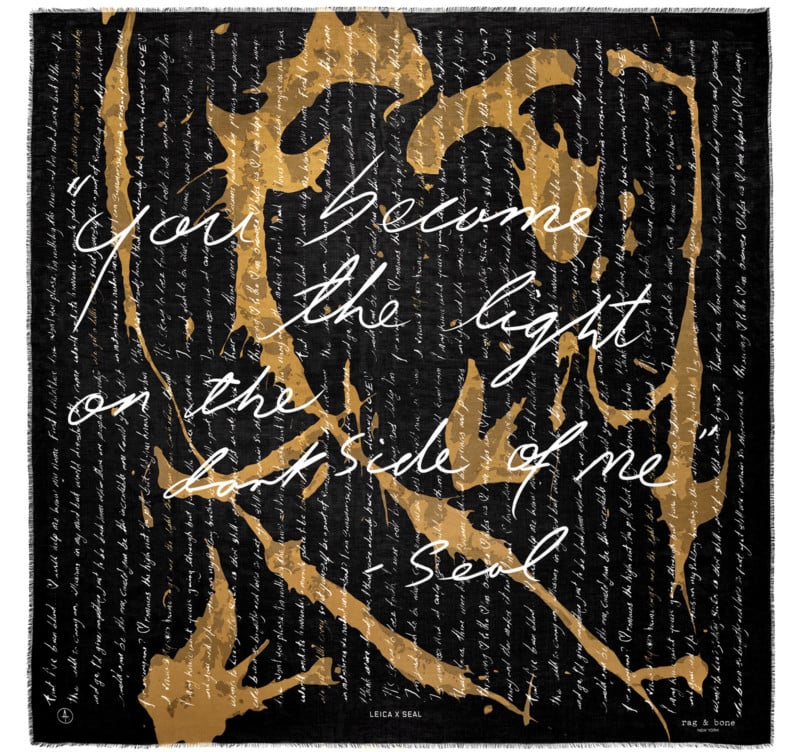 “Drawing inspiration from the golden glow of sunrise and the dance between light and shadows, this set is further accentuated by an exclusive scarf, featuring Seal’s handwritten lyrics.”

Leica says the scarf was developed by New York fashion label Rag & Bone and produced in Italy. A white variation of the scarf, sold separately from the camera set, will be available in select Leica Stores.

The camera and scarf are accompanied by a rope strap that bears the handwritten lyric, “you became the light on the dark side of me,” extracted from the song “Kiss from a Rose.” 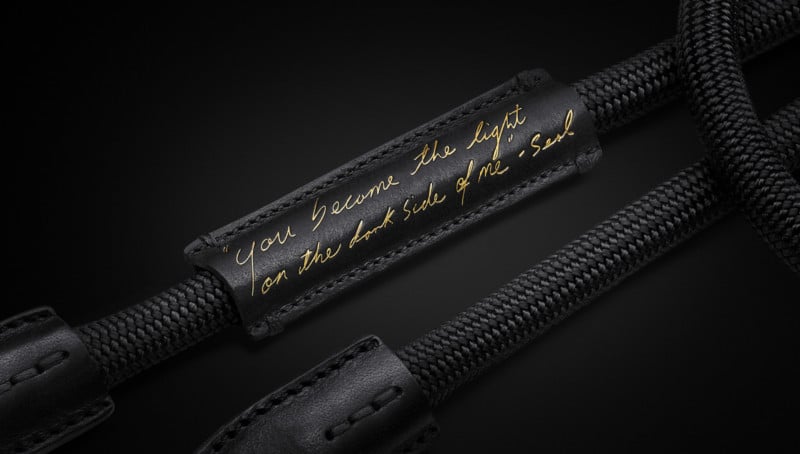 Each “Dawn” edition Q2 features a black Leica logo, Seal’s engraved signature, and an edition number. The camera will launch in conjunction with Seal’s photography exhibition which is on view at the Leica Gallery Los Angeles from September 21 through October 31. The exhibition also includes works by Annina Roescheisen.

The Q2 “Dawn” by Seal edition camera is limited to 500 pieces worldwide and is available immediately from Leica Stores and the company’s website for $5,995.