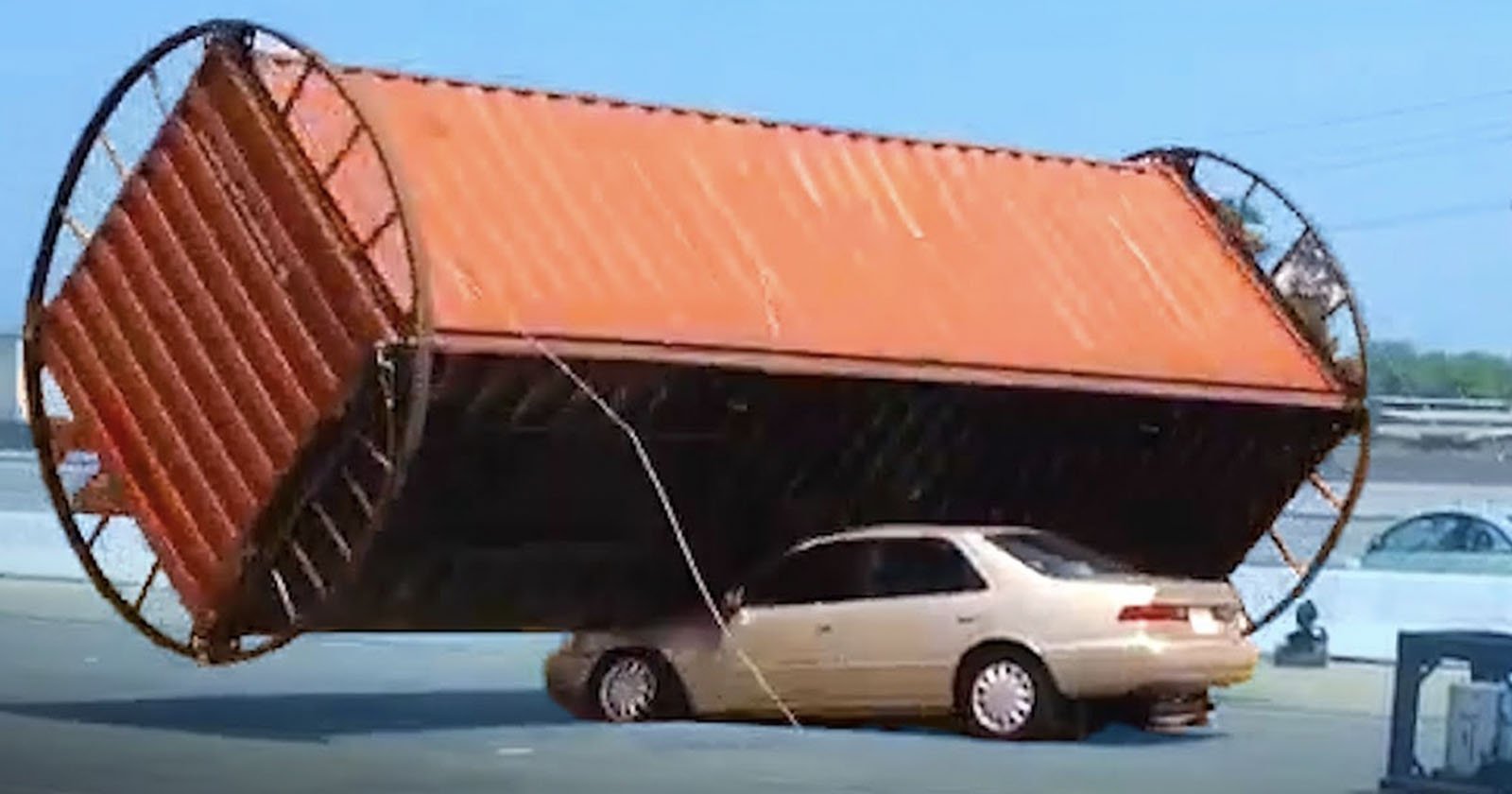 A fascinating behind-the-scenes video details how cars are destroyed in Hollywood movies.

On-screen destruction looks random and chaotic but the team at JEM FX has lifted the lid behind some of their carefully planned techniques.

As reported by Insider, cars don’t crash in a cinematic way and it requires something called scoring so that they break in the right way.

Scoring is the process of stripping away the protective sheet material in the car and gutting its support.

The team at JEM FX takes a circular saw to the car’s chassis to weaken the structure.

“We’re going to go through and do some weakening cuts to help this fold a little bit easier under a little less weight,” explains special effects technician Cody Canal.

“When you’re doing this, you have to ensure not to cut the outside of the vehicle because then it would be visible and you can tell there’s something up with it.”

This process can take hours and as demonstrated in the above video, all so it can be destroyed by a 3,000-pound weight in seconds.

In a scene from the superhero movie Shang-Chi and the Legend of the Ten Rings a bus runs over a row of parked cars, a scene shot on-location in San Francisco.

For this dramatic scene, the team at JEM FX showed how instead of scoring the car totally, they replaced steel hinges for breakaway ones in a bid to slow the bus gradually.

“When the bus is carried over the top of the vehicles and it went down too far, the scene wouldn’t look right,” says the owner of JEM FX Elia Popov.

“So, all we wanted was so much compression [of the cars] to provide a platform for the camera to track down the hill with.”

The Insider video goes on to explain numerous other photography tricks including using pneumatic drills to make it look like a steel sheet has been dented by a punch and how cars explode on-screen.

“What we’ll do is use devices like a gas bomb underneath the vehicle or to a propane popper and attach it to the vehicle,” explains a team member from JEM FX.

Cars are retrofitted so that explosions can be triggered by a controller or a switch.

In a scene from Taken 3, the JEM FX team had to come up with a way of launching a shipping container down a freeway.

To achieve this, they used two 12-inch nitrogen canons which provided enough inertia to flip the container.

“We then welded wheels on the end of the square sea containers so we could roll it down the highway,” explains a crew member.

The video provides a fascinating insight into the type of work that goes into big budget shoots.

Highlight and Shadow Recovery with Lightroom 4
Photography News: Sony a9 III Rumors, Black Friday Sales
ASMP and NANPA Combine into a New Photography Association
Professor spends over $400K state funds on personal camera gear
Amazon Drive is going away but your photos are (probably) going to be just fine