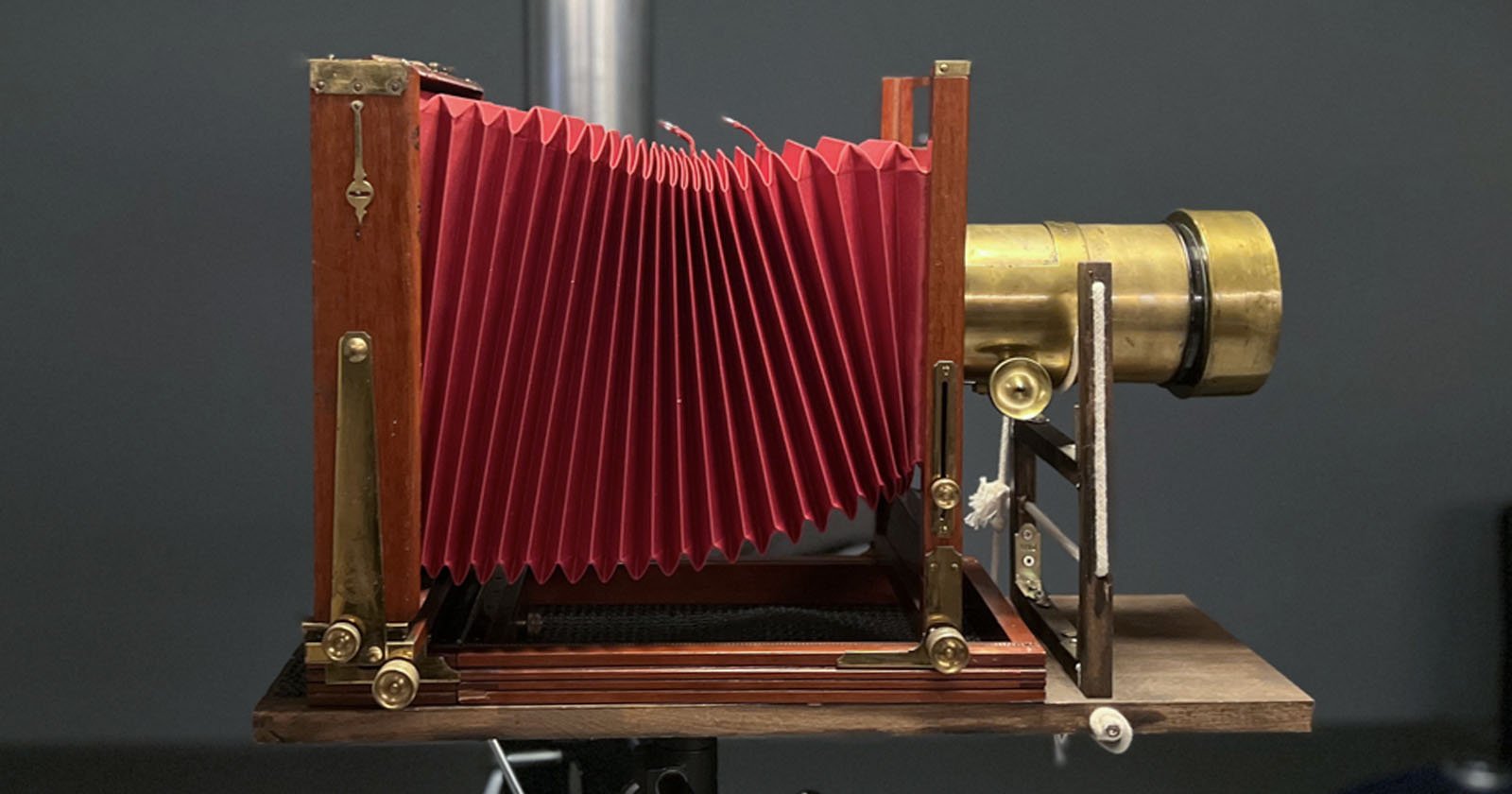 “After all these years her worn bellows started to let some additional light in,” he explains.

“I fixed this with liquid rubber but I knew this wasn’t the final solution. So I wanted to order new custom bellows.”

Hofstaetter ordered the bellows from a company on Ebay that specializes in making them.

After the new bellows arrived, Hofstaetter set about the difficult task of dismantling the old bellows.

“I started with the front. Because I wanted to keep and reuse all parts, I had to be very careful,” he says. 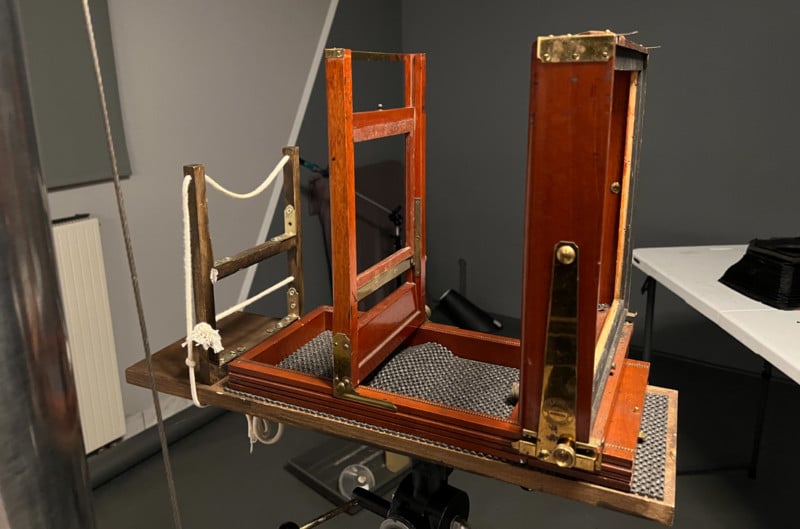 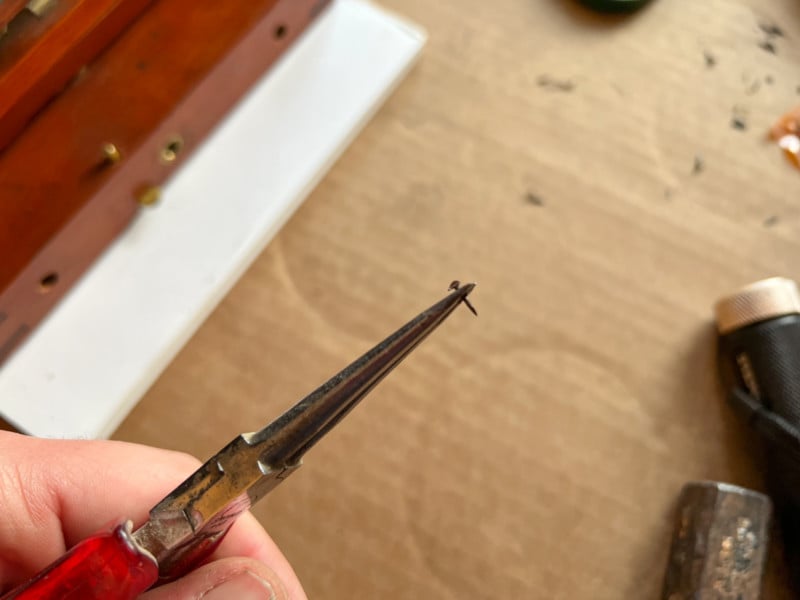 Getting the old screws out was a strenuous task, with the century-old fasteners taking an eternity to loosen.

“I ordered a red one because I love the color and also it’s my company’s color. And some companies, like Kodak, built their large format cameras also with a red bellow back then,” he says. 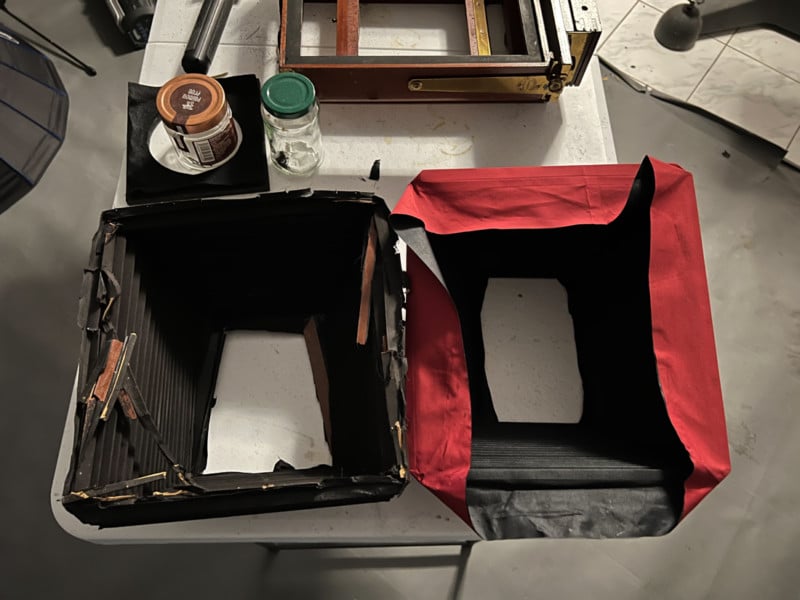 Although Hofstaetter was excited about the new red bellows, the color gave him cause for concern after a bit of it was visible inside the bellow. The photographer was worried it might interfere with the film so he covered it with black screen paint.

“My old lady [the camera] had some scratches so to make them go away I applied some sandarac varnish. This works like magic and makes them disappear and protects the wood as well,” he adds. 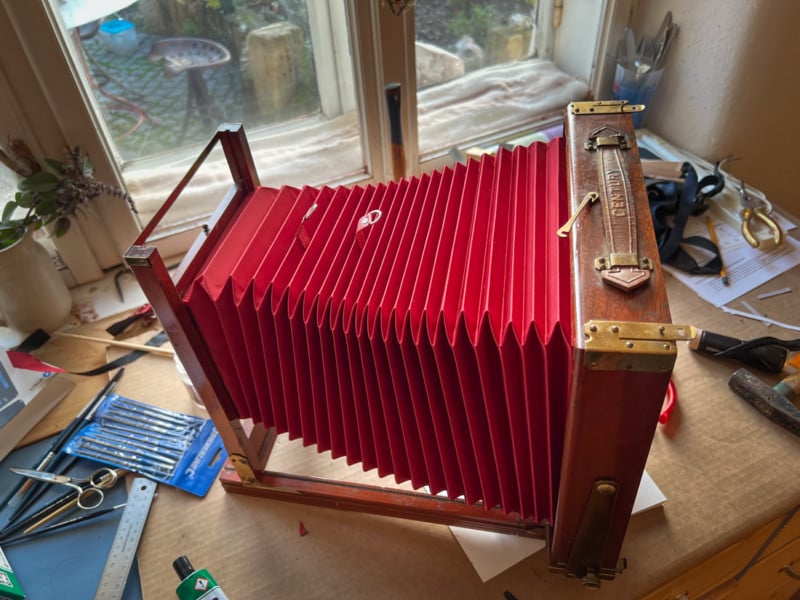 Hofstaeteter is overjoyed with the look of his new camera and is looking forward to shooting photos on it once more.

“After I’m no more this camera will hopefully still be here and with that, it has more stories to tell,” he says.

“History is very important, let’s help others to remember it.”