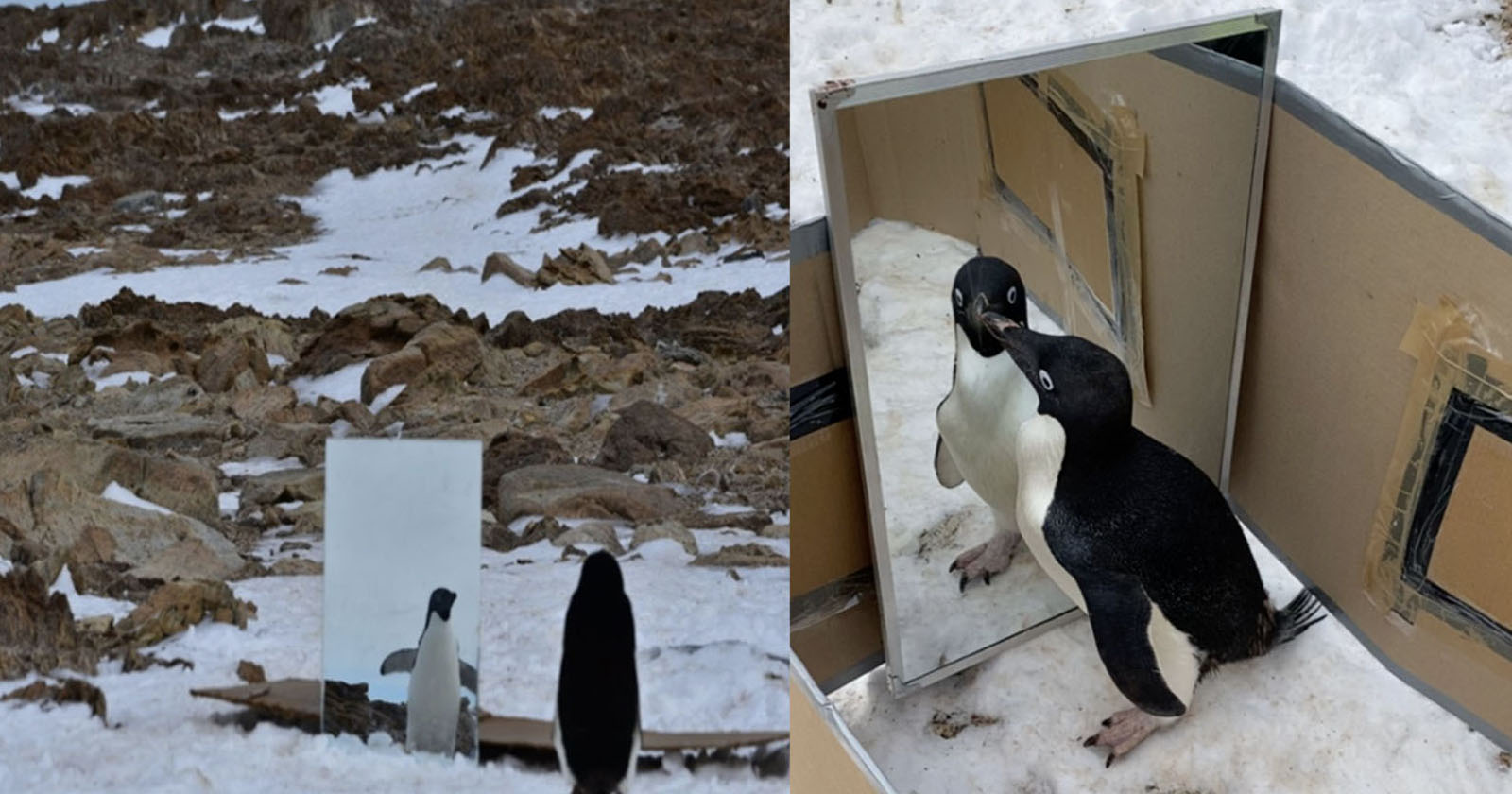 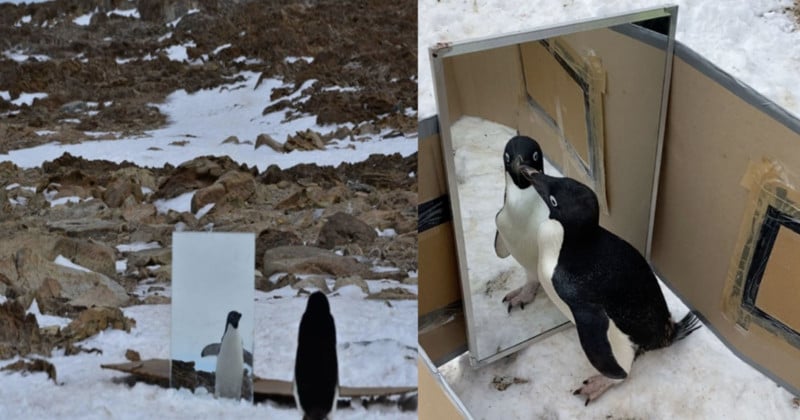 Scientists have recorded penguins examining themselves in a mirror while displaying signs of self-awareness.

The mirror test was devised by American psychologist Gordon Gallup Jr to determine whether animals possess the ability of visual self-recognition.

The scientists conducted the experiment exclusively in the penguins’ natural environment in February 2020. First, they set up a mirror in the penguins’ path which attracted a large number of them. 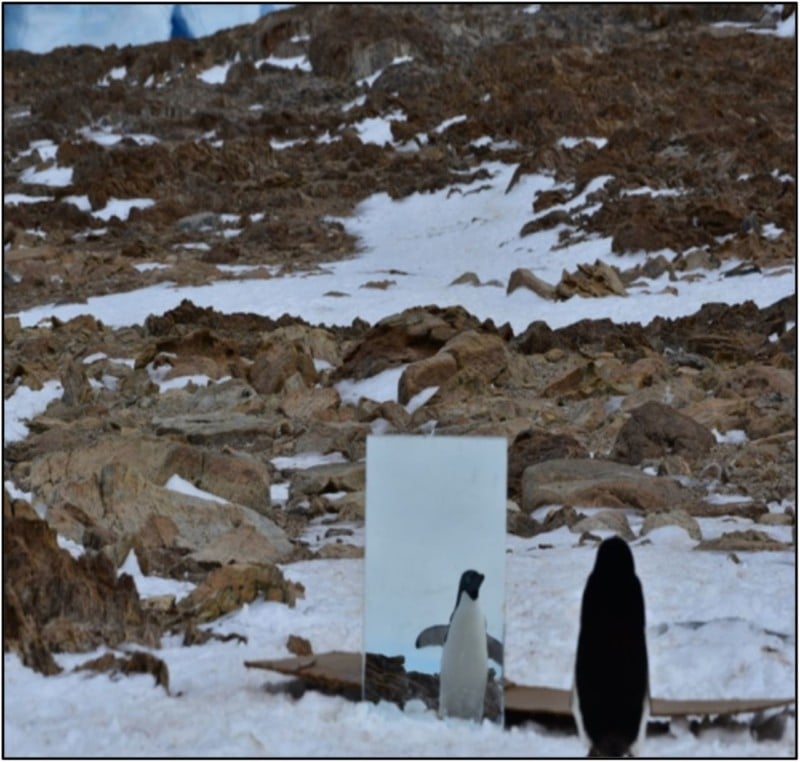 “Presumably, the study individuals had neither undergone any kind of training nor had had any previous exposure to mirrors,” the researchers write in their paper published last month.

Several individuals gazed at their reflections while remaining relatively motionless for over 10 minutes. According to the researchers, they made no attempts to touch their reflection or reach out to the mirror.

In another experiment, the researchers built a cardboard enclosure. At first, the penguins paced up and down in the corral but when the mirror was introduced their focus immediately shifted. The penguins made rapid movements of their heads and other body parts while staring intently. 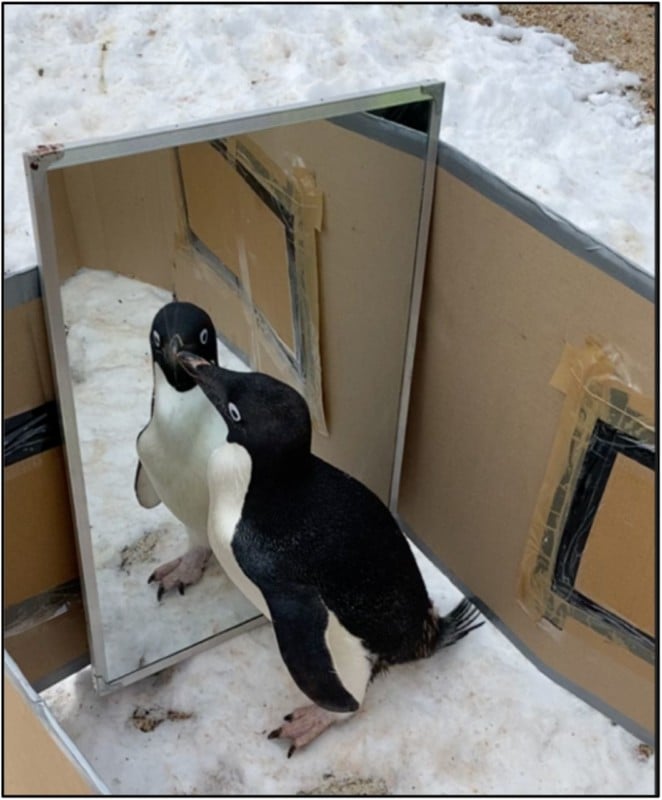 “Our observation that the penguins stared intently at the simultaneous body movements of their mirror images, as they proceeded to move their heads or other body parts, coupled with a singular lack of any kind of tactile reaching out or aggression directed towards the mirror images, suggested to us that the individuals possibly did not consider the images to represent other conspecific individuals,” the researchers write.

Then, the researchers placed a sticker on the mirror. Unable to see their head, the penguins began pecking at the obstructive stickers. 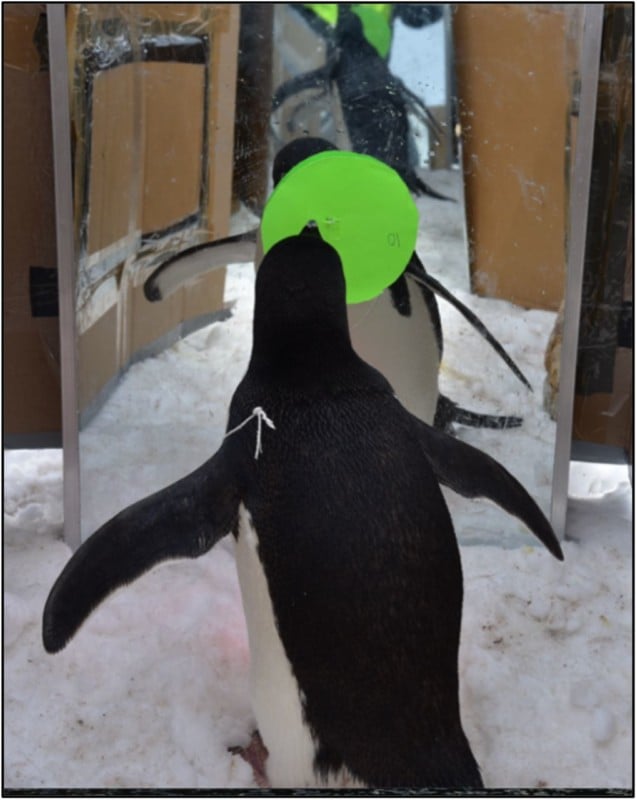 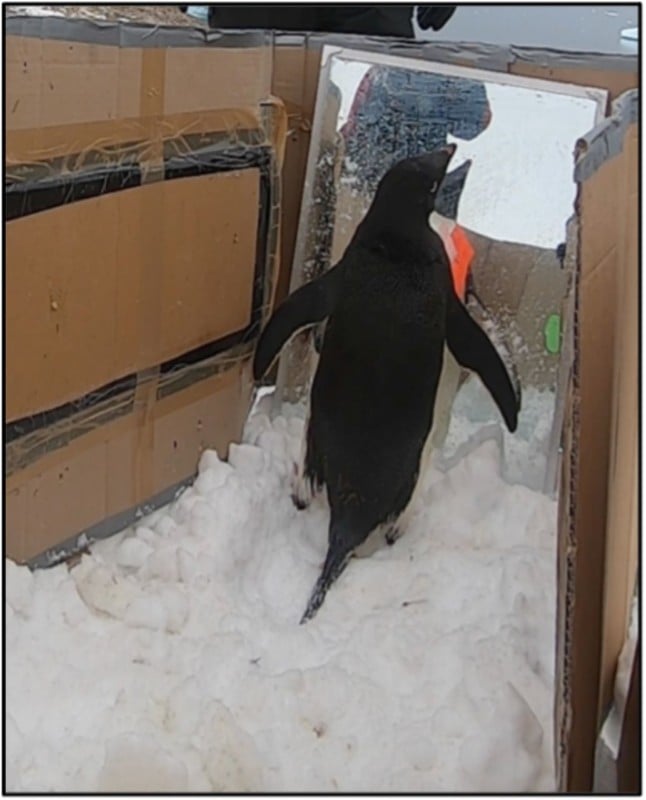 “We interpret the directed pecking of the subject penguins on the circular sticker as attempts to remove the obstruction, perhaps driven by an urge to restore the images that they had just seen earlier in the mirror,” the researchers write.

“Furthermore, we speculate that such a behavioral motivation could indicate a restlessness that was expressed when they were unable to later see their faces in the mirror – a potential reflection of their underlying awareness of the self.”

The scientists admit that whether the subject penguins truly recognize themselves is an open question, but the socially complex birds may possess a sense of self-identity.

“Our investigations lead us to tentatively suggest that Adélie penguins are possibly self-aware, as indicated by their responses to their own images in a mirror, and argue that such self-awareness may play a critical role during the various communal activities and social interactions that individuals of this avian species typically engage in.”

The paper can be read here.

Image credits: All photos by Ministry of Earth Sciences, Government of India.