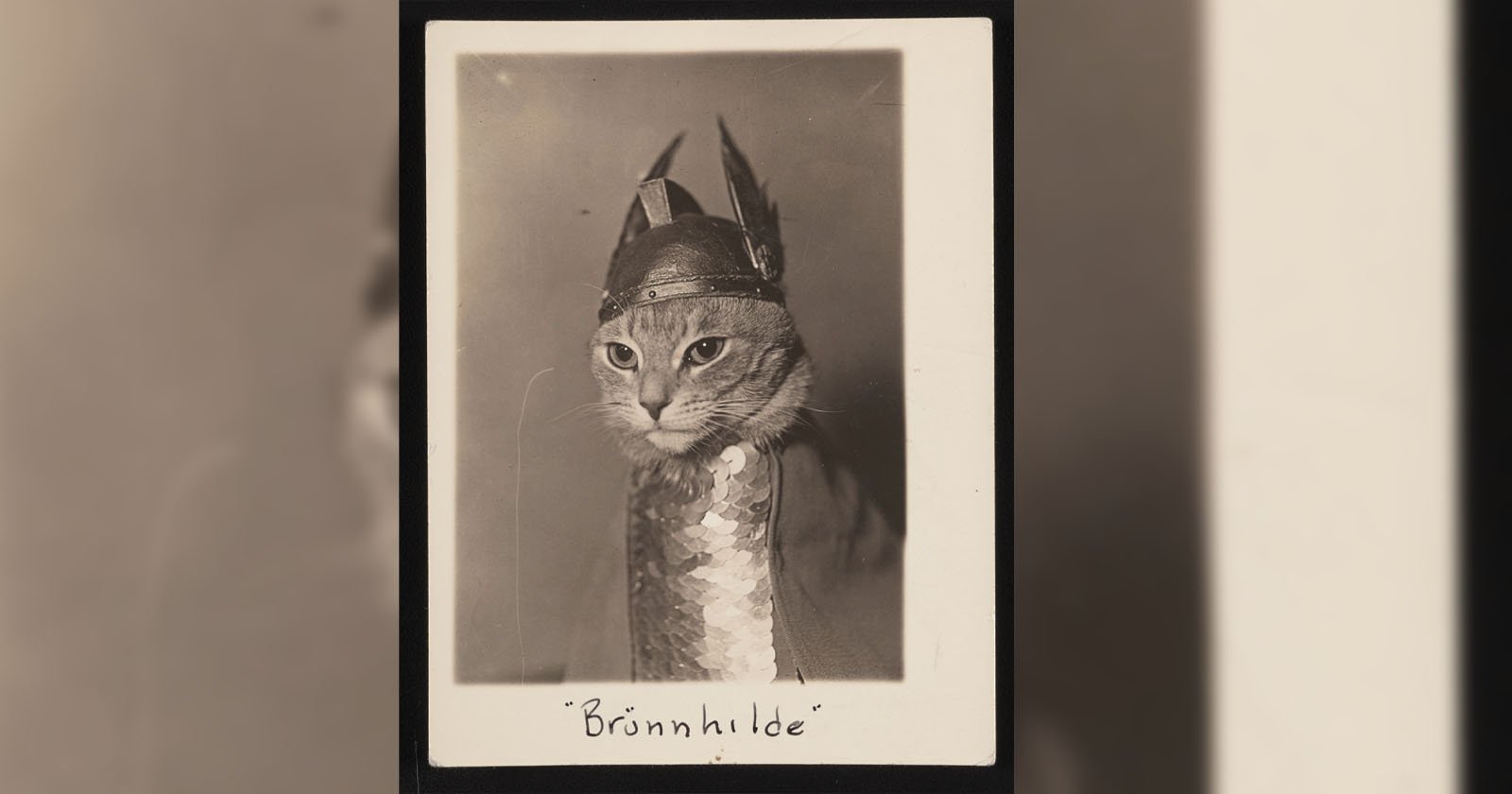 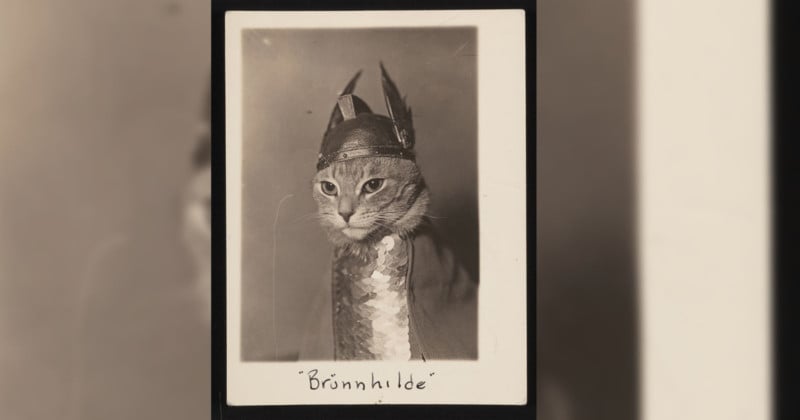 The Library of Congress has gleefully released this “freshly digitized” 1936 photo of a cat dressed as the Valkyrie Brünnhilde from the opera Der Ring des Nibelungen as free to use.

The first photo, which the Library of Congress says is beloved for “obvious reasons” is now joined by the above second angle of the cat in a costume. The 12 by nine centimeter, sepia-toned photo is described as showing the front view of a cat wearing a winged helmet and breastplate armor in the role of the Valkyrie Brünnhilde.

It joins the first photo the Library released, which is a black-and-white portrait of the cat captured from the side.

One of the most beloved free-to-use photos in the Library’s collection is of Brünnhilde, for obvious reasons. We’re happy to report that 2023 comes with a freshly digitized photograph of Brünnhilde from another angle. 😻

“One of the most beloved free-to-use photos in the Library’s collection is of Brünnhilde,” the Library writes. “We’re happy to report that 2023 comes with a freshly digitized photograph of Brünnhilde from another angle.”

It and the first photo were captured in 1936 by Adolph Edward Weidhaas, and the full story of the image — according to one user on Twitter who supplied multiple documents as proof — was for the purposes of advertising.

The history of the photo was written up in “Advertising & Selling,” Volume 27, Issues 8-13 (1936). Unfortunately, the entire article is not available for reading. pic.twitter.com/tCeStSM3Ur

More information on “The Snapshot Store” at 108 West 40th Street in New York, which displayed Weidhaas’ cat photos… that address, the World’s Tower Building, was used by J. Romaine Brown in 1911, Coats Machine Tool Co., Inc. in the 1920s, and Eric Sobotka Co. in the 1960s. pic.twitter.com/KPLCSSjHvh

One thing is for sure, the Library of Congress wasn’t exaggerating when it described the cat as “beloved,” as the tweet announcing the photo’s free-to-use availability has garnered over 50,000 likes and sparked hundreds of comments.

From this angle one can better view the subject’s lack of enthusiasm for the costume adornment.

Both it and the first version of the photo, both titled Brünnhilde, can be downloaded for free from the Library of Congress and join the thousands of other free-to-use photos therein.